The Risky Side of Springing Forward 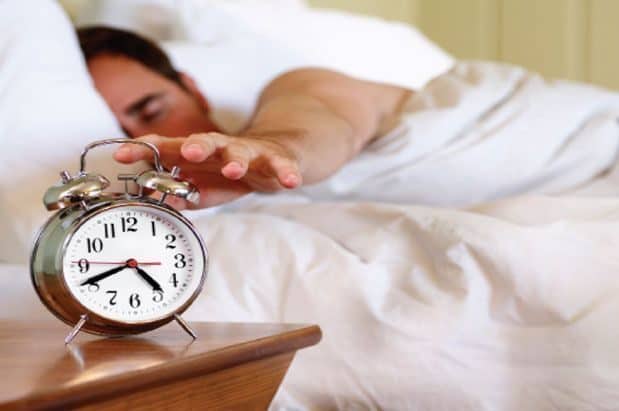 This article originally appeared in the March 2015 issue of Seattle Magazine.

Prepare for a bit of time travel this month: Sunday, March 8, was the day we sprang forward one hour in the name of longer, lighter evenings. But it’s not all kayaking after work and eating picnic dinners. Assistant professor Christopher Barnes of the University of Washington’s Foster School of Business has been studying the dark side of daylight savings in terms of behavior changes witnessed on the Monday after the time change—sometimes known as Sleepy Monday, or more ominously, Risky Monday.

The 40 minutes of sleep most Americans lose as that Sunday turns to Monday turns out to have a significant impact. Barnes has found “a spike of 5.6 percent in work injuries, 2 percent in cyberloafing and a drop of about 4 percent in moral awareness.” That last stat doesn’t necessarily mean you’re going to start shoplifting on Risky Monday, but a 2014 study Barnes cowrote found that sleep-deprived people are less likely to notice when others are engaged in unethical behavior, and less able to judge the ethics of a situation.

On the specific Monday in question, he found a significant drop in web searches for “moral words” (“unethical,” “corrupt,” “guilty”), suggesting that people aren’t terribly worried about ethics that day. The good news, Barnes says, is that sleeping in just 30 minutes on that Monday can split the likelihood of making bad choices in half. So you might consider calling in sleepy.