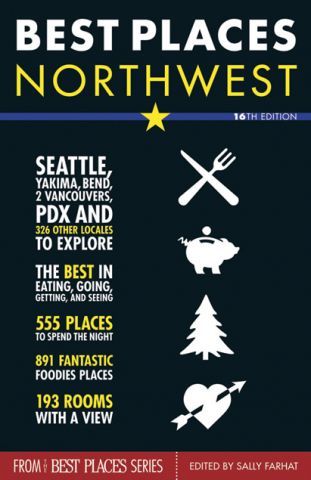 Seattle has long been known as a book lover’s haven, and Sasquatch Books, a venerated local publishing company, has played a major role in helping to mold and shape the city’s lit life. For three decades, Sasquatch has been introducing new and unique titles to the region’s (and lately, the nation’s) readers, while cultivating some of the Pacific Northwest’s top creative talent.

In honor of Sasquatch’s 30th anniversary, we’ve dug up a few things you might not know about the publishing house.

» The name was inspired by an article Brewster once wrote about the different versions of the creature.

» You won’t find fiction titles in its catalog, except in the children’s section. The company tried it once. It didn’t work.

» Its most popular categories are cookbooks and kids’ books.

» Just for kids Sasquatch launched the Little Bigfoot imprint in 2014 with the book S Is for Salmon by Hannah Viano.

» Sasquatch will celebrate with giveaways, special events and an all-out birthday bash in early 2017. For updates, go to sasquatchbooks.com, @SasquatchBooks or Facebook, “Sasquatch Books Seattle.”