Everything you need to know about art in Seattle this fall 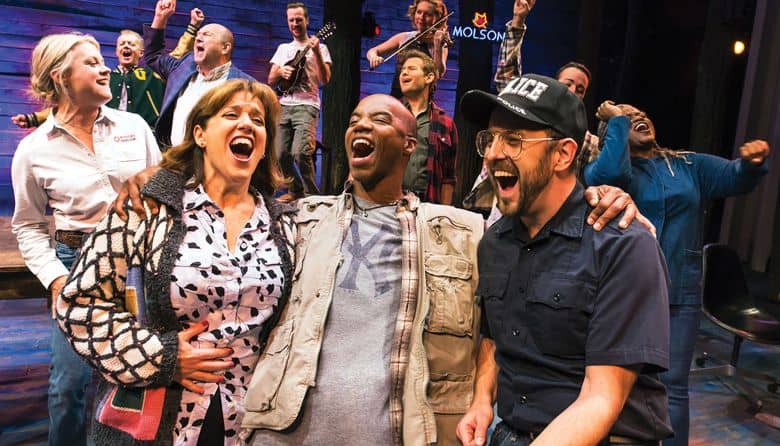 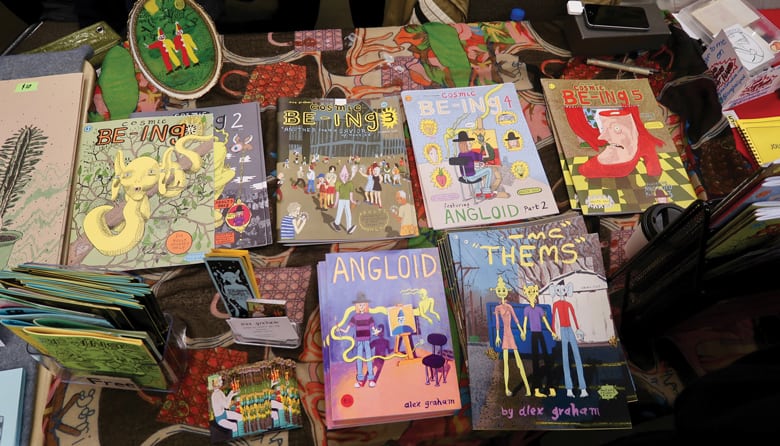 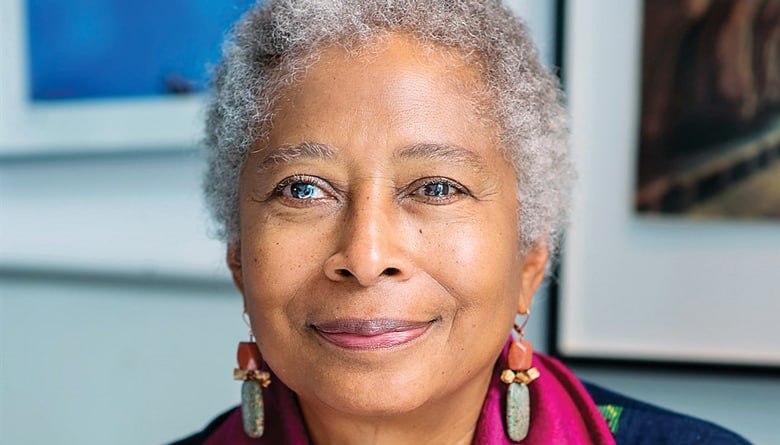 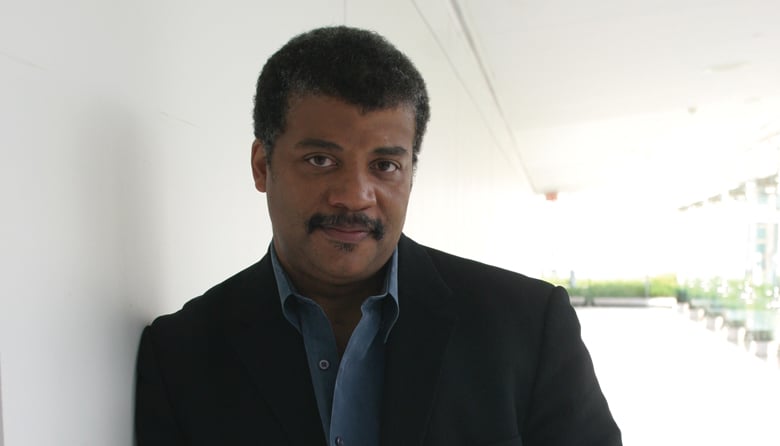 In Sally Field’s debut memoir, In Pieces, she reveals “the craft that helped her find her voice” (10/1). Expect Monty Python’s Eric Idle to expound on his own craft in his new autobiography, Always Look on the Bright Side of Life (10/8). 7 p.m. Prices vary. University Temple United Methodist Church, University District, 1415 NE 43rd St.; 800.335.7323; brownpapertickets.com

At Elliott Bay Book Company, naturalist Sy Montgomery will read from her new book, How to Be a Good Creature (10/6), about the animals that changed her life; Ben Fountain chats with Maria Semple about events in America that have changed our lives, explored in his new tome, Beautiful Country Burn Again (10/18); and Jonathan Franzen, in an appearance yet to be confirmed, discusses his new book, a subject on everyone’s mind these days, The End of the End of the Earth (11/19). Times and prices TBD. Elliott Bay Book Company, Capitol Hill, 1521 10th Ave.; 206.624.6600; elliottbaybook.com – Maggie Kerr 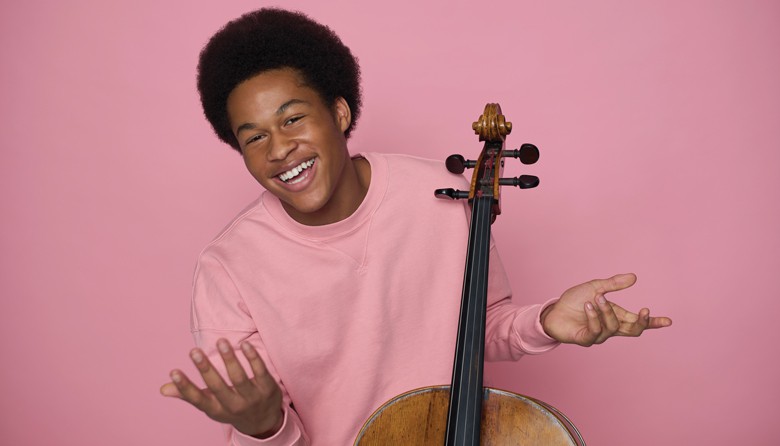 By Gavin Borchert and Alanna Wight

OPERA
The Turn of the Screw
10/13–10/27
A small orchestra of just 13 musicians intensifies the creepy intimacy of Benjamin Britten’s 1954 opera, in which two children in an English country house are menaced by a ghost—or is their governess just going crazy? Or both? Times and prices vary. Seattle Opera, McCaw Hall, Seattle Center, 321 Mercer St.; 206.389.7676; seattleopera.org

CLASSICAL
Brooklyn Rider
11/13
Composer Caroline Shaw startled the classical world when she won the 2013 Pulitzer Prize for Music—both for the enrapturing oddness of her composition Partita for Eight Voices and because she wasn’t a white male over 60. Seattle gets to hear her twice this season: a new piano concerto for the Seattle Symphony next January and a new piece for her adventurous string quartet, Brooklyn Rider, which will combine it with Beethoven. 7:30 p.m. Prices vary. Meany Center, University of Washington, 4140 George Washington Lane NE; 206.543.4880; meanycenter.org 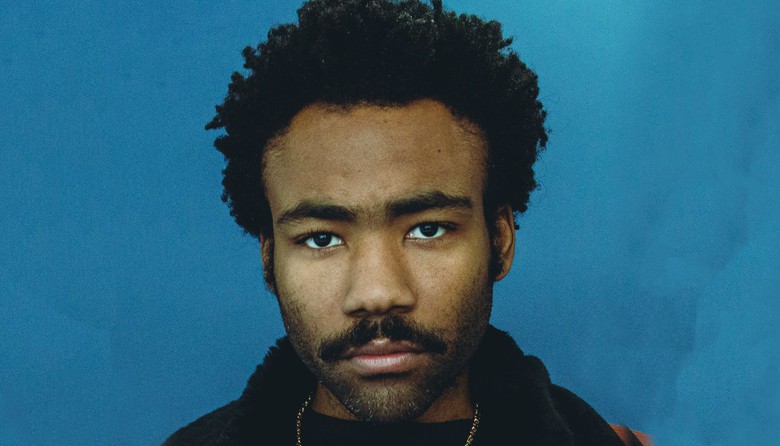 And in This Corner: Cassius Clay
10/11–11/25
Although for a time he was literally the most famous man in the world, Muhammad Ali had to start somewhere, and Idris Goodwin’s play for ages 9 and older examines the early life of “The Greatest,” exploring how the ugliness he faced in Louisville, Kentucky, during the Jim Crow era forged both his magnetic flamboyance and his social conscience. Times and prices vary. Seattle Children’s Theatre, Seattle Center, 201 Thomas St.; 206.441.3322; sct.org

Oslo
10/12–11/11
It was Bartlett Sher, the Intiman’s former artistic director (and 2008 Tony winner), who made this 2017 Tony winner possible: He introduced playwright J.T. Rogers to Norwegian diplomat Terje Rød-Larsen, who had helped negotiate the 1993 Israel/PLO peace accords, inspiring Rogers to turn that dramatic story of human ambition and world-changing history into a play. Times and prices vary. ACT – A Contemporary Theatre, downtown, 700 Union St.; 206.292.7676; acttheatre.org

A People’s History
10/17–11/25
The new solo show by Mike Daisey, muckraking enemy of conventional wisdom, is actually 18 shows: a series of evening-length monologues based
on Howard Zinn’s A People’s History of the United States and examining the reality behind what your high school textbooks told you. Times and prices
vary. Seattle Repertory Theatre, Seattle Center, 155 Mercer St.; 206.443.2222; seattlerep.org

A Bright Room Called Day
10/25–11/18
In Tony Kushner’s play—presented by The Williams Project, a local theater ensemble producing work by and akin to Tennessee Williams—the dangerous rhetoric of a newly elected president and his dismantling of democratic institutions spur a group of artists to consider their consciences and how to resist. It’s set in Berlin 1932. Why, when did you think it was set? Times and prices vary. Hillman City Collaboratory, Hillman City, 5623 Rainier Ave. S; thewilliamsproject.org

My Ántonia
11/29–12/30
Book-it transforms Willa Cather’s lyrical tale of a Czech farm woman and the idealistic young man who tells her story. It should make for interesting discussions of what it meant for Cather—who, growing up, liked to be addressed as “William”—to view a female character through a male narrator’s eyes. Times and prices vary. Book-It Repertory Theater, Seattle Center, 305 Harrison St.; 206.216.0833; book-it.org g.b.

Dueling Jane Eyres
How this season’s two versions are different

ArtsWest, presenting Paul Gordon’s 1995 musical version, is going romantic: “Strange voices from the attic and dark secrets from the past spark flames of fate that could consume them all. With sweeping music…Charlotte Brontë’s classic love story soars to life.” 11/15–12/23. ArtsWest Playhouse and Gallery, West Seattle, 4711 California Ave. SW; 206.938.0963; artswest.org 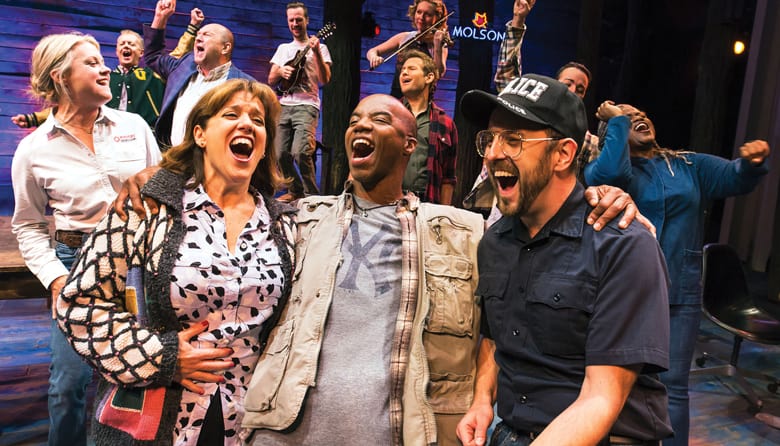 Come from Away returns to Seattle this fall. Photo by Matthew Murphy

Come from Away was born in Ontario, but Seattle created it and sent it off to circle the globe. It’s the poignant and uplifting story of what happened when 38 international flights were diverted to a small Newfoundland town on September 11, 2001. The musical, which has been playing on Broadway since February 2017, is returning home for a 10/9–11/4 run at The 5th Avenue Theatre, where it was first workshopped in 2014 (it was last staged in the city in 2015 in a co-production with Seattle Repertory Theatre). It’s a high point in the 2018-2019 season’s packed calendar of musical theater. 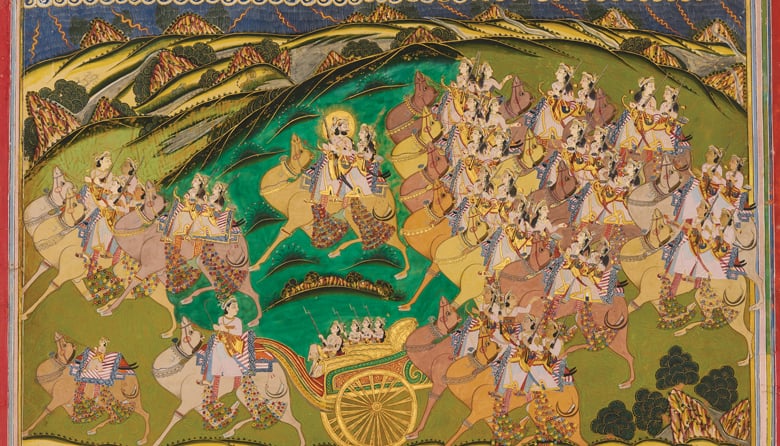 By Gwendolyn Elliot and Alanna Wight

TEXT ART
Quenton Baker, Ballast
10/6–1/27/19
Prize-winning Seattle poet Quenton Baker has created this provocative exhibit which considers the successful 1841 slave revolt aboard the slave ship Creole. (The enslaved Madison Washington commandeered the vessel, bound for Louisiana, to the British island of Nassau, where slavery was outlawed, gaining 135 people their freedom.) This spectacular story is explored using pages from the Senate document concerning the case, marked up to obscure or reveal select passages, creating what the Frye museum describes as “a layered text-and-image environment that amplifies a sense of oscillation between legibility and illegibility, and of loss or un-speakability within fragmented historical narratives.” Times vary. Free. Frye Art Museum, First Hill, 704 Terry Ave.; 206.622.9250; fryemuseum.org

TREASURED ARTIFACTS
Peacock in the Desert: The Royal Arts of Jodhpur, India
10/18–1/21/2019
SAM’s major fall exhibit collects exquisite royal artifacts—jewels, textiles, weapons, paintings, furnishings, wedding regalia (including elephant howdahs, or saddles) and more (most of which have never before left India)—spanning four centuries from the Marwar-Jodhpur kingdom in northwest India. Themes of this landmark traveling exhibit, which originated at Houston’s Museum of Fine Arts, explore the connection of the royal family to its subjects, the role of artists and women in the culture, and how traditions changed over time. Times and prices vary. Seattle Art Museum, downtown, 1300 First Ave.; 206.654.3100; seattleartmuseum.org

INSTALLATION
Edgar Arceneaux: Library of Black Lies
11/17–Summer 2019
Los Angeles–based Arceneaux calls this house-like installation a “library and a labyrinth.” Entering the structure, viewers encounter a book library with titles that speak to “the ways we acquire knowledge…how America likes to share its history…how translation and transcription are always inherently interpretive.” Arceneaux explains that the piece is different from a maze because, while mazes are “designed to get lost in, labyrinths are designed for you to find yourself in the middle.” Times and prices vary. Henry Art Gallery, University District, 4100 15th Ave. NE; 206.543.2280; henryart.org

GLASS
BAM Biennial 2018: Glasstastic
11/9–4/14/19
This time, the Bellevue Arts Museum’s biennial showcase explores the one medium forever linked to Seattle and the Pacific Northwest. But move over, Venetians and sea forms, this is glass like you’ve never seen it: an army of glass-beaded combat soldiers; angular, prismatic, see-through sculpture. Forty-eight emerging and established artists were selected to participate in this juried show with one awarded the top prize of $5,000 and a future solo exhibition at the museum. Times and prices vary. Bellevue Arts Museum, downtown Bellevue, 510 Bellevue Way NE; 425.519.0770; bellevuearts.org

SCULPTURE
Margie Livingston, Sculpture
11/1–12/22
The founding member of Seattle artist collective Soil, Livingston pulls away another layer from her ever evolving process (she is a painter, sculptor and performance artist, among other roles) with this collection of acrylic-coated string and mixed-media sculptures and painted canvas frames she has taken to dragging across the city and through fields, strapped to her back with a harness. Times vary. Free. Greg Kucera Gallery, Pioneer Square, 212 Third Ave. S; 206.624.0770; gregkucera.com

PAINTING/PRINTS
Georges Rouault, Miserere
11/2–12/1
You would be correct to think that this collection of the French, latter-day Impressionist’s prints are gloomy. The late New York curator Monroe Wheeler once wrote of them, “The message seems to be: Man’s fate upon earth is tragic. It is very hard for him to be sincere…. As a rule, his hope is folly.” These images, however, are rare, and their stark and graphic imagery indicative of a powerful time of contemplation. Times vary. Free. Davidson Gallery, Pioneer Square, 313 Occidental Ave. S; 206.624.7684; davidsongalleries.com

PAINTING
Sarah McRae Morton
12/6–12/23
Animals—often oversize creatures, such as bears and whales—are the focus of many of this artist’s pieces, oil-on-canvas works whose feathery brushstrokes pull the viewer into dreamlike, mythical realms where horses ride men, canines take a seat at the table, and an imagination inspired by the natural world and its inhabitants goes on forever. Times vary. Free. Foster/White Gallery, Pioneer Square, 220 Third Ave. S; 206.622.2833; fosterwhite.com 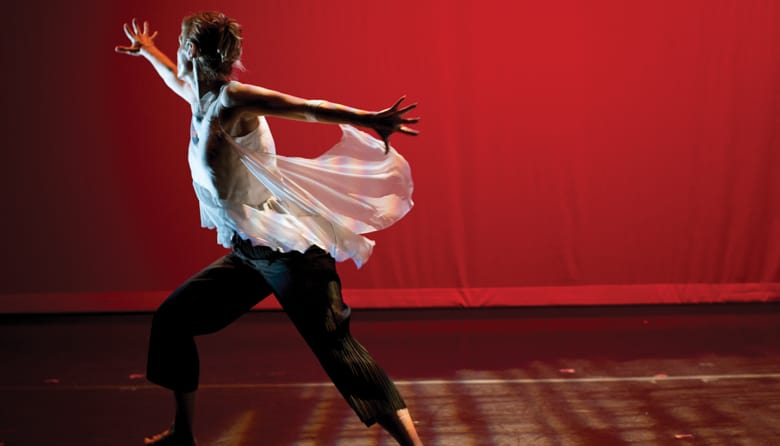 Nrityagram Dance Ensemble
10/4–10/6
as much a commune as a dance company, the women of Indian classical dance collective Nrityagram live and study together in a holistic approach to dance training. As The New Yorker’s Joan Acocella put it, at their performances, “You get sensuality and majesty, emotion and philosophy, holiness and a good time.” 8 p.m. Ticket prices TBD. Meany Center, University of Washington, 4140 George Washington Lane NE; 206.543.4880; meanycenter.org 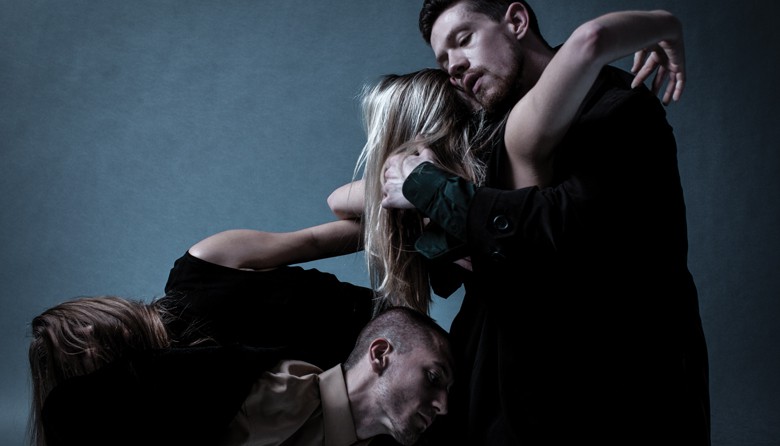 Kate Wallich and The YC. Photo by Charlie Schuck

Savion Glover
12/22
Both a pathbreaker and a keeper of the flame, Glover is considered by many as simply the greatest tap dancer ever. His new touring show, “All Funk’d Up,” brings six musicians and a company of dancers for an evening of hard-hitting, dazzlingly suave rhythm. 8 p.m. Prices vary. The Moore Theatre, downtown, 1932 Second Ave.; 206.467.5510; stgpresents.org

Although two Seattle dance companies were still finalizing fall lineups as we went to press and details were sparse, we now know that Spectrum Dance Company’s fall season includes the Merce Cunningham-inspired Occurrence #5 (11/9–11/11) & Occurrence #6 (12/6–12/8), and Iolanta, a performance billed as a “family friendly dance theater experience.” (12/13–12/16).