Get ready to pack your schedule Cinderella
10/19–11/1
Rossini’s 1817 opera is more or less the fairy tale you know, minus the fairy godmother and with the addition of both the prince’s valet and tutor to complicate the plot. Seattle Opera’s production pushes the timeline forward slightly to the Victorian era, for the sake of flouncier costumes and more ribald Dickensian comedy. Times and prices vary. McCaw Hall, Seattle Center, 321 Mercer St.; 206.389.7676; seattleopera.org Austen’s Pride is a creative, musical take on Pride and Prejudice

Austen’s Pride
10/4–10/27
Lindsay Warrne Baker and Amanda Jacobs drop Jane Austen into her own book to confront and reconsider her beloved characters in their musical reimagining of Pride and Prejudice. This work came up through the 5th Avenue Theatre’s New Musical Development Program to earn this premiere. Times and prices vary. 5th Avenue Theatre, downtown, 1308 Fifth Ave.; 206.625.1900

Dracula
10/18–11/17
Playwright Steven Dietz, a Seattle favorite for 30 years (you may have seen his Becky’s New Car premiere at ACT in 2008), puts Bram Stoker’s heroine Mina Murray at the center of this reworking of his 1998 stage adaptation, giving the character a more active role in uncovering the mystery of this Transylvanian count. Times and prices vary. ACT ‒ A Contemporary Theatre, downtown, 700 Union St.; 206.292.7676

Shout Sister Shout!
11/8–12/22
Singer and electric guitarist Rosetta Tharpe (1915–1973) was the prism through which gospel music was refracted into rhythm and blues, soul, rock—pretty much all the popular music of the past 70 years, in fact. Cheryl L. West’s play, based on Gayle F. Wald’s biography, tells the story of the woman who, Bonnie Raitt says, deserves “a place of honor in the field of music history.” Times and prices vary. Seattle Repertory Theatre, Seattle Center, 155 Mercer St.; 206.443.2222

Head Over Heels
11/21–12/29
There’s more you can do with pop songs onstage than simply cobble together a musical about a popster’s career, as playwright Jeff Whitty (Tony winner for his book for Avenue Q) realized. Instead, you can, for example, apply them to an Elizabethan adventure: Philip Sidney’s gender-bending romantic comedy about a mythical kingdom and a dire prophecy, told through the tunes of the 1980s all-female band, the Go-Gos. Times and prices vary. ArtsWest, West Seattle, 4711 California Ave. SW; 206.938.0963 Unsettling Femininity
9/21–8/23/2020
The picture frame becomes a proscenium in the paintings of Unsettling Femininity, an exhibit gleaned from the Frye Art Museum’s permanent collection: 19th- and early-20th-century images of women that “highlight the performative nature of gender,” as the Frye puts it. In their portrayals of real and fictional women of all classes, from the kitschy to the photojournalistic, these artists have both established and toyed with our notions of the feminine ideal. Some of the women depicted frankly acknowledge the “male gaze”; some seem unaware of it (or pretend to be); some gaze right back, confrontationally. Times vary. Free. Frye Art Museum, First Hill, 704 Terry Ave.; 206.622.9250

Dress Codes: Ellen Lesperance and Diane Simpson
9/21–1/5/20
Playing off something as personal as clothing—especially women’s clothing—against abstract elements like grids, diagrams and blueprints, this joint exhibit of work by these two artists (from Portland and Chicago, respectively) bring together past and present, art and technology, body and symbol. Times vary. Free. Frye Art Museum, First Hill, 704 Terry Ave.; 206.622.9250 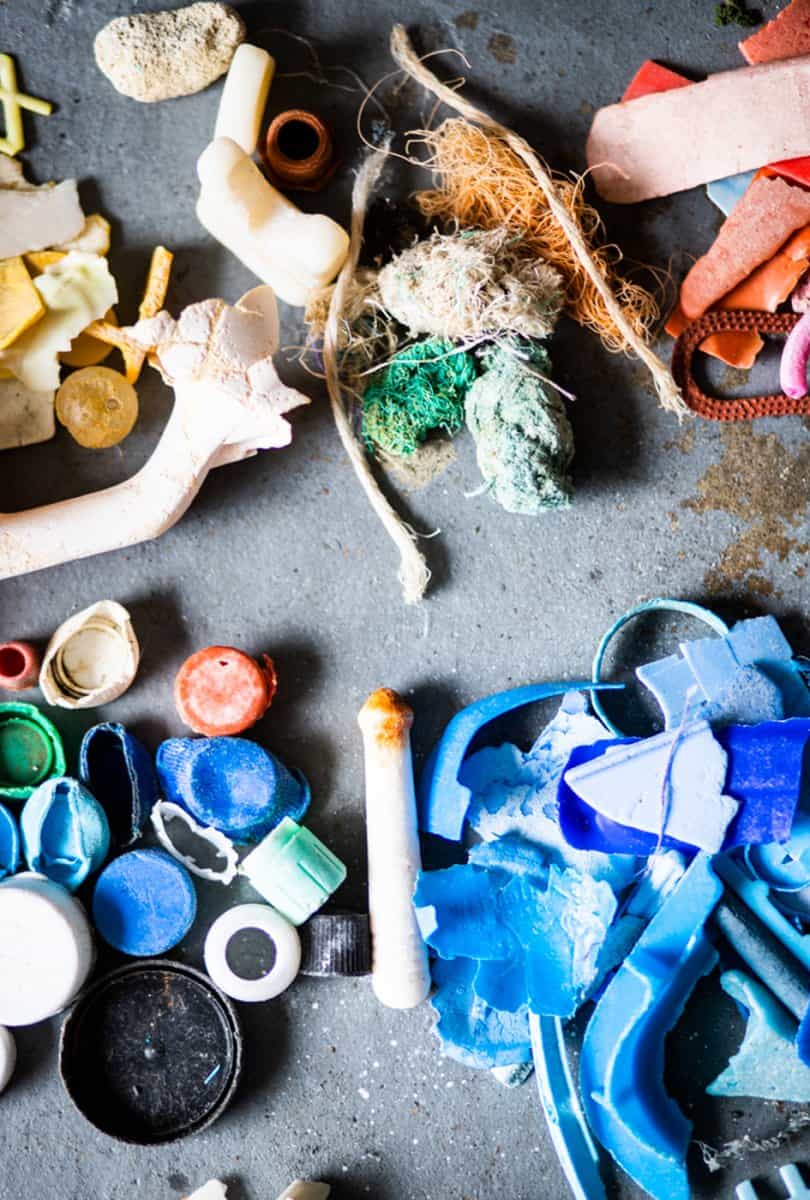 Hidden in Plain Sight: Maria Phillips
10/4–2/2/20
What happens after your recyclables are picked up? Well, a lot of it is remade into something, but the rest goes to the landfill. Seattle artist Phillips rescued the rest (plastic and other packaging material, mostly) as material for her latest sculptural artworks, unveiled in this solo show. Times and prices vary. Bellevue Arts Museum, Bellevue, 510 Bellevue Way NE; 425.519.0770

Borealis (POSTPONED TO OCTOBER 2020)
This daring four-night light festival returns for a second year to the Museum of History & Industry. Once again, teams of video artists from around the world will turn the museum’s facade into a grand canvas, projecting video spectacles onto it; this year’s theme, “Untethered,” promises artworks free from “a structure, a set of rules, a philosophy or belief.” See the video mapping performance (tickets required; several performances take place each evening), then stay to enjoy music and various art and light installations. Times vary. Free but advance tickets recommended. Museum of History & Industry (MOHAI), South Lake Union, 860 Terry Ave. N; borealisfestivaloflight.com

Flesh and Blood: Italian Masterpieces from the Capodimonte Museum
10/17–1/26/20
Selections from the holdings of this Naples museum, representing that city’s great art heritage, will visit SAM for its major fall show. On view will be pieces by painters you probably know (Titian, Raphael) and ones you definitely should know, like the throbbingly dramatic works by pioneering artist Artemisia Gentileschi. Times and prices vary. Seattle Art Museum, downtown, 1300 First Ave.; 206.625.8900 In Plain Sight
11/23–4/26/20
The ironic title refers to visual art and performances by an international array of artists that evoke experiences and communities (in many senses: racial, sexual, economic) normally obscured from the mainstream. Among the works are Los Angeles artist Andrea Bowers’ confrontational yet celebratory photos of transgender activists of color. Times and prices vary. Henry Art Gallery, University District, 4100 15th Ave. NE; 206.543.2280 The Sun Still Burns Here
10/4–10/5
“I was drawn to how much Mike is of the body,” says acclaimed Seattle choreographer and Dance Church creator Kate Wallich of Mike Hadreas, codirector of their first collaborative project, The Sun Still Burns Here, which debuts this fall. Hadreas is better known for his tunes than his moves; he is an electronic-piano pop musician, previously based in Seattle and now living in L.A., who records as Perfume Genius. But songs such as “My Body” reveal what Hadreas describes as an “intense relationship” with his corporeal self.

During the world premiere of this evening-length work, Hadreas will contribute both music and movement: in the form of a soundtrack he composed, which he’ll perform live with vocals, and as a dancer, one of six in the production. The others include Wallich; Hadreas’ partner, Alan Wyffels, who also plays in Perfume Genius; and four members of Wallich’s dance collective, The YC.

Hadreas says the piece is about “the unknown, a lost feeling, confusion.” Wallich describes themes such as “emergence, transcendence.” Both agree that the project emerged from similar modes of working and creating. Says Wallich: “There’s a meeting point where Mike writes his music from where I create my dance….It’s like artistic manifestos colliding, a push and pull in a beautiful way.” 8 p.m. Prices vary. The Moore Theatre, downtown, 1932 Second Ave.; 206.682.1414; stgpresents.org 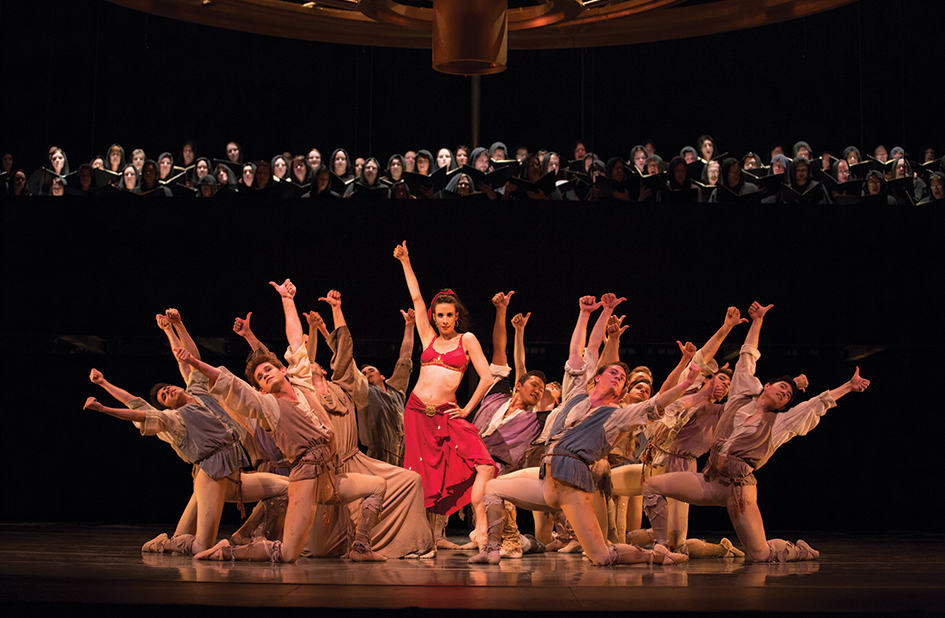 Men in Dance
10/4–10/5
Since 1994, this has been the city’s premier showcase for dances in all styles, made for men who want to show they can do more than lift women. This year’s invited choreographers, who work in dance genres from ballet to modern, are Daniel Ojeda, Beth Terwilleger, Elise Meiners Schwicht, Nahshon Marden and Joel Hathaway. Themes include toxic masculinity and “finding the courage to ‘make a change’ in one’s life.” Times and prices vary. Velocity Dance Center, Capitol Hill, 1621 12th Ave.; 206.325.8773; menindance.org

Bryce Dessner: Triptych (Eyes of One on Another)
10/9
Growing up in Cincinnati, the teenage Dessner had a front-row seat for the 1990 obscenity trial that followed the controversial exhibit of Robert Mapplethorpe’s photographs at the city’s Contemporary Arts Center. Now one of America’s busiest composers, Dessner’s music anchors this production, incorporating Mapplethorpe’s sexually provocative images, Patti Smith’s poetry, music by the vocal octet Roomful of Teeth and many other collaborators. 8 p.m. Prices TBA. The Moore Theatre, downtown, 1932 Second Ave.; 206.467.5510; stgpresents.org Ahamefule J. Oluo: Susan
12/5–12/8
One of on the boards’ artists-in-residence this season, the Seattle composer, trumpeter and standup performer plans to put all these skills to use in his new performance piece about his family history. Times and prices vary. On the Boards, Uptown, 100 W Roy St.; 206.217.9886

The Hard Nut
12/6–12/15
Dancer and choreographer Mark Morris drew on the darkly campy vision of graphic novelist Charles Burns and added a bit of backstory to the traditional Nutcracker tale (how did the Nutcracker transform from boy to kitchen tool?)—while remaining fervently faithful to Tchaikovsky’s score—in his popular 1991 adaptation of the holiday classic. Times and prices vary. Paramount Theatre, downtown 911 Pine St.; 206.682.1414; stgpresents.org Earshot Jazz Festival
10/4–11/6
The highlight of our jazz calendar since 1986, Earshot returns to showcase solo musicians and ensembles, from nationally acclaimed high school bands to free improvisers. Performances in venues all over Seattle and from Bremerton to Kirkland will explore practically every jazz subgenre imaginable. Times, prices and venues vary; earshot.org Tinariwen
10/7
Indigenous North African music blends with rock and blues in the music of this world-touring Tuareg band, for decades at the forefront of political protest against oppressive regimes in Libya and Algeria. 7:30 p.m. Prices vary. Benaroya Hall, downtown, 200 University St.; 206.215.4747; seattlesymphony.org

Seattle Symphony
10/10, 10/12
Yes, there is a greatest symphony ever, and it’s Mozart’s final one, known as No. 41, with its exhilarating finale. New SSO music director Thomas Dausgaard combines it with music by Olga Neuwirth and Bach. Times and prices vary. Benaroya Hall, downtown, 200 University St.; 206.215.4747; seattlesymphony.org

Pacific MusicWorks: Eternal Beloved
10/26–10/27
Although most of Isabella Leonarda’s (1620–1804) music is religious—she was a nun—it was also influenced by the power and expressivity of opera, which at the time was a new, even avant-garde, genre. Pacific MusicWorks, devoted to performing ancient vocal music in fresh and engaging ways, is presenting Leonarda’s unfairly neglected works as a drama, an allegorical tale of the love between the Soul and Jesus. Times, prices and venues vary. pacificmusicworks.org

Seattle Symphony
11/14–11/16
Historically, the Seattle Symphony Orchestra has done pretty well by new music—unless it was written here in Seattle. But local composer and clarinetist Angelique Poteat is a talent that can’t be ignored. At 33, Poteat already has seen her music performed by a dozen area ensembles and taken to New York City by the SSO, so SSO first-chair cellist Efe Baltacigil will premier Poteat’s cello concerto. Times and prices vary. Benaroya Hall, downtown, 200 University St.; 206.215.4747; seattlesymphony.org Rock goddess Patti Smith comes to Benaroya Hall with her third memoir, Year of the Monkey. Photo by Steven Sebring