In 'Tails of Wasps,' local playwright Stephanie Timm pens a fresh take on a familiar story 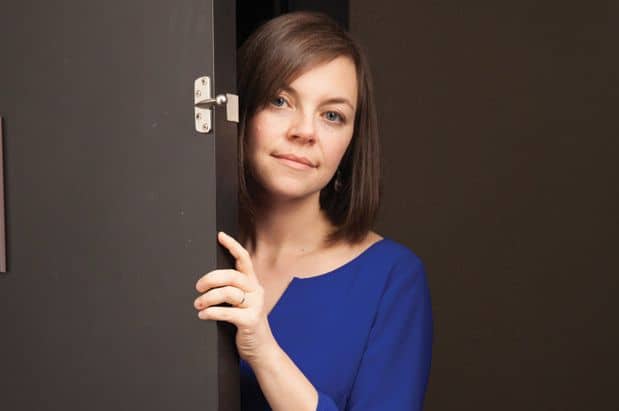 !–paging_filter–pIn her previous work, Seattle playwright Stephanie Timm has written about a teenage girl who devolves into an ape (emOn the Nature of Dust/em), and a “grim (fairy)tale” about human trafficking (emSweet Nothing/em). In her new, world-premiere play, emTails of Wasps/em, she addresses the age-old story of a politician brought down by a sexual scandal. Directed by New Century Theatre Company’s (NCTC) Darragh Kennan, the play explores the human tendency to get stung.brstrongbrWas there an event that inspired you to write about this common scenario?/strong When the Eliot Spitzer scandal first broke in 2008, I read an article about it that made an interesting argument that men have a biologically based need for sexual variety, and that if this had happened in a different country—France, for example, where François Mitterrand’s mistress and widow stood together at his funeral—this wouldn’t be the career-ending event that it is in the United States. I was intellectually persuaded but emotionally outraged by the argument, and it’s my conflicted reaction that drove me to reflect further, through writing emTails of Wasps/em.brnbsp;brstrongHow is your story different from the one we are so used to hearing on the news?/strong What we see on the news is the public side—the denial, the apology, the reactions from the political parties, the loyal wife standing on stage, etc. emTails of Wasps/em tells that familiar story but from the private side of the scandal as it unfolds behind closed hotel room doors and is exposed over the course of the politician’s career. It’s told in four intimate vignettes between Frank (the politician/protagonist) and the four women who are key in the scandal. nbsp;brnbsp;brstrongIs the play more about sex or power?/strong emTails of Wasps /emexplores that very question—are they inseparable? Different characters in the play have different points of view. As the writer, I have to believe whichever character is speaking. Through the course of the play, Frank’s relationship with sex and intimacy changes as he becomes more powerful. What starts out as something pure—love or his will to serve the people—gets corrupted as the complex reality of circumstances sets in. brbrstrongWhy do you suppose so many politicians fall victim to such impulses? /strongWhen writing emTails/em, I discovered that Frank is very much a political and romantic idealist. His pursuit of those ideals becomes so relentless and narrow that it warps into a corrupting force. Instead of a tragic flaw, he has a tragic virtue: idealism. It’s the thing that makes him great but is also what leads to his downfall, and as with many of our actual political “tragic heroes,” there are unfortunately many female casualties along that slippery slope to the bottom. nbsp;brbrstrongDETAILS/strongbrSee emTails of Wasps/em at ACT. 4/3–4/27. Times and prices vary. 700 Union St.; 206.292.7676; a href=”HTTP://WWW.ACTTHEATRE.ORG” target=”_blank”acttheatre.org/a/p