Seattle is Reviving its Film Industry

Its efforts are already paying off. 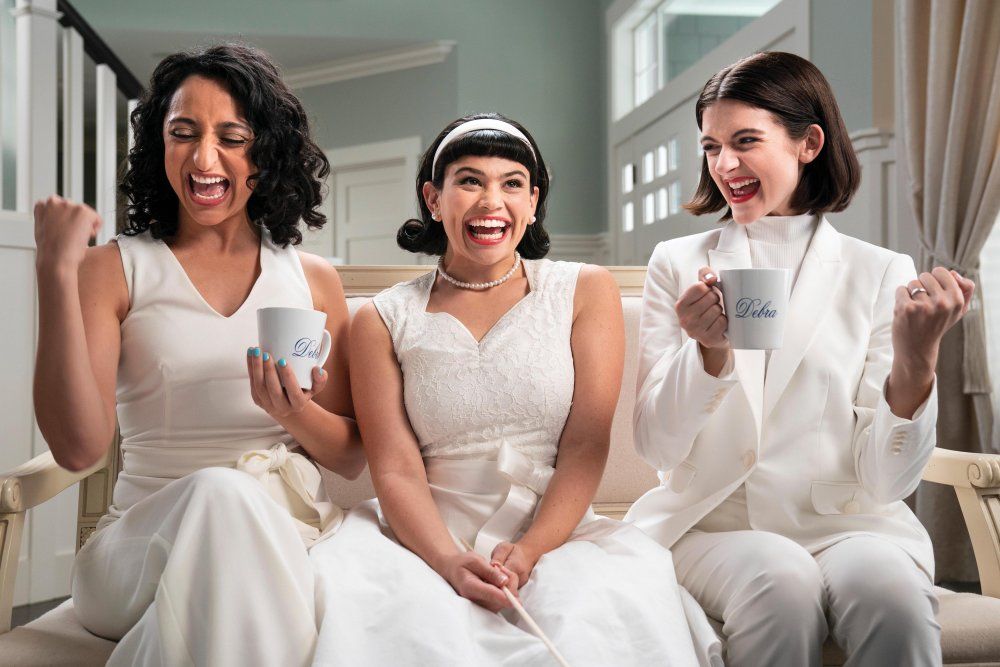 This spring, cameras rolled inside a former warehouse on Harbor Island as “Three Busy Debras” filmed its second season. The alternative comedy show, which includes Amy Poehler as an executive producer, was the first to use the sound stage since King County transformed the property into Harbor Island Studios.

Across the water in downtown Seattle, a major motion picture directed by Steven Soderbergh filmed action scenes utilizing 1,200 locals as extras. The movie thriller “KIMI” stars Zoë Kravitz as an agoraphobic tech worker who uncovers evidence of a violent crime and must venture into the protest-filled streets of Seattle.

These big studio projects are just one sign that the regional film industry is emerging from its longtime slumber exacerbated by the pandemic. After a lengthy pause in corporate and creative projects during 2020, the city issued 74 film permits from January to April this year, compared to 123 in the same period in 2019. Local government and film leaders hope Harbor Island Studios will further boost the industry’s recovery by bringing jobs to the region. Major productions need an indoor space that can house large sets and crews for weeks or months on end.

“If you invest in good family-wage jobs, it will have a ripple effect on the creative economy,” says Amy Lillard, executive director of Washington Filmworks.

To be sure, the local film industry still faces a key hurdle in attracting major motion pictures to the Northwest. The region has fallen far from the Hollywood heights it achieved in the early 1990s, when hit films such as “Sleepless in Seattle,” “Singles,” “Disclosure,” and “The Hand that Rocks the Cradle” were filmed here. While Washington has a film incentive program, the annual cap is $3.5 million, or just a fraction of what Canada and other west coast states offer.

Chris Swenson, film program manager for the city’s Office of Film + Music, says he’s grown used to seeing films set in Seattle that show an aerial of the Space Needle or waterfront but then pivot to a park in British Columbia.

While it’s unlikely that the biggest Hollywood productions will select Seattle over more cost-efficient locations, the new sound stage could bring another category of film here. Industry supporters say Harbor Island Studios is one major step toward drawing medium-sized productions as well as retaining local projects.

“We have definitely lost a lot of projects coming here because of the lack of a facility,” says Lacey Leavitt, a producer of “Three Busy Debras.”

King County created Harbor Island Studios by converting a 117,000-square-foot empty warehouse into two sound stages. The building used to be Fisher Flour Mill and is part of a 12.1- acre site on Harbor Island that the county bought for $8.5 million in 2003. The county then spent $1.5 million to renovate the warehouse. It plans to upgrade the studio infrastructure further in subsequent construction work, adding offices and bathrooms as well as improving the sound stage acoustics.

The Office of King County Executive Dow Constantine decided to invest in the sound studios as part of a larger effort to boost the local creative economy. King County formed a film advisory board with industry veterans who could weigh in on what policy changes would make a difference in bringing film work to this area. Just before the pandemic, the county launched a film initiative that included reducing permitting fees to $25, down from $500, and cutting permit processing time to three to five days.

The need for a large local sound stage had existed for decades and came up again and again in advisory board meetings, says Kate Becker, creative economy and recovery director for the Office of the King County Executive. The group looked at successful public-private partnerships in other parts of the country, such as Austin, where the city and county worked to turn an old airplane hangar into a sound studio. Local filmmaker Megan Griffiths directed two episodes of the Amazon show “Panic” in Austin last year, and the show changed its setting because of the sound stages and infrastructure there.

“Having studios and a regular crew base feeds itself,” Griffiths says.

Past local attempts to create a sound stage in former aircraft hangars at Magnuson Park failed, as supporters faced hurdles over the building’s historic designation and immense expenses to bring the structure up to code. The county’s film advisory board began discussing the Harbor Island property, and when “Three Busy Debras” expressed interest in filming last year, it provided the impetus to begin renovations. King County reasoned that the investment would pay off because film production provides hundreds of local jobs for crew and support staff. Such income seemed particularly critical amidst pandemic recovery.

“The need to get the film industry back to work was real,” Becker notes.

Harbor Island Studios allows large productions to build film sets and store equipment for weeks or months. Television shows in particular need a long-term option to maintain sets for several reccurring locations, such as the main character’s house and a restaurant or café. An indoor studio also allows the flexibility to film throughout Seattle’s wet, dark winters. Without Harbor Island Studios, “Three Busy Debras” would have moved filming to a different city.

“Seattle had great smaller studios but nothing that could sustain an episodic series,” Leavitt says.

“Three Busy Debras” began preparing for the Harbor Island shoot in March and filmed in the studios from April through June. The show’s art department built 75 sets for the second season. It needed the entire Harbor Island Studio space due to both the extensive sets and the increased square footage necessary to comply with Covid protocols.

Becker says the show is the largest episodic production to come to the region since “Northern Exposure” left in 1995. “Three Busy Debras” hired 130 local crew members, 51 cast members and 253 extras. “We have an amazing crew base in Seattle,” Leavitt says. “We hired local for this project.”

After the television show wraps up filming its second season, other productions will be ready to use Harbor Island Studios. Many projects will need just one of the two sound stages, allowing multiple tenants at once. Becker says the county had barely put the word out about the sound stage and producers began inquiring about renting the space.

“This is the first time we’ve had a major sound stage in this region,” Becker says. “People are knocking on our door.”

Griffiths has been working on a project that she hopes to begin filming this fall. While nothing is definite yet, she’d like to shoot locally and take advantage of Harbor Island Studios.

“I’m going to get in line like everybody else,” Griffiths adds. “I can’t wait to work there.”

The projects asking for studio space on Harbor Island signal a major restart of the film industry after a complete halt during the height of the pandemic. In March of 2020, the governor issued a stay-at-home order and film production ceased.

After city of Seattle and industry lobbying, the governor allowed filming to resume last July, with extensive Covid safety protocols. The city began issuing film permits again in August. Winter is always a slower time for film production in Seattle due to the weather, but permit applications began to increase steadily in March of this year. Demand in recent months is similar to that of 2019, before the pandemic began.

The film projects this year are the typical mix of applicants the city of Seattle sees, with half being commercial and corporate work. Commercial shoots tend to be short but pay well, Becker notes. The rest of the productions include independent films, reality shows and smaller television productions.

The most atypical permit applicant of the spring was the Steven Soderbergh film, a major Hollywood project with a big-name director and actors. While “KIMI” shot most scenes in sound stages outside Washington, the production spent a week and a half in Seattle’s downtown core in May, filming exterior and street shots. The city and region see economic advantages to a big Hollywood film coming here for even a short time, Swenson says. “KIMI” worked with 100 local small businesses and hired 1,200 people as extras.

Movies set in Seattle also become a huge tourist attraction that persists even decades after airing. One of the most popular T-shirts sold at Sea-Tac International Airport remains a “Sleepless in Seattle” shirt. Tourists still hunt for the “Sleepless” houseboat on Lake Union and the apartment complex on Capitol Hill from ”Singles.” A street scene or business featured in “KIMI” could prove to have the same lasting intrigue.

Back in 2006, the city of Seattle created a map featuring movie scenes shot here, and it was the most popular pamphlet handed out at kiosks through Visit Seattle. Swenson says his office wants to update the map as an online experience.

As the city and county continue efforts to support the creative industry’s recovery, Leavitt believes the public and private sectors are working together more effectively than she’s seen in her 20 years here.

“Our best exports are creative,” Leavitt observes. “To have local politicians understand that is really heartening.”