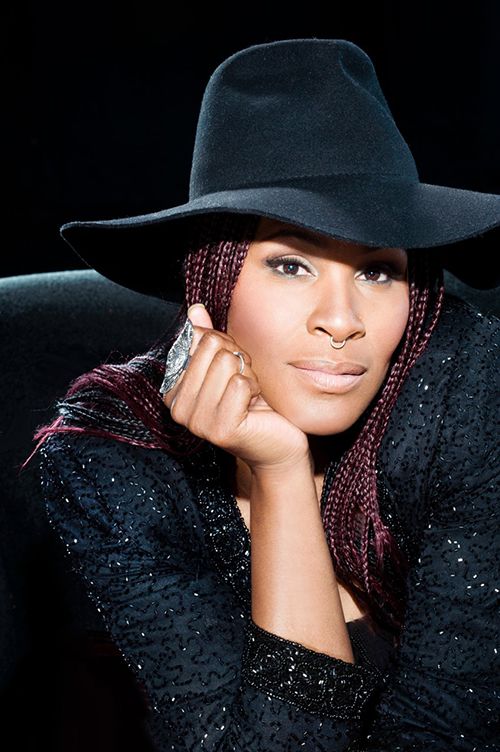 As the song goes: “What the world needs now/ is love, sweet love.” This week it seems we need it now more than ever, but on the bright side, Seattle is overflowing with artists who have love to share and talent to spare. In the case of vocalist Tiffany Wilson—whose recent KEXP performance stopped me in my tracks when I heard it two rooms away streaming from my husband’s phone—there’s no denying the power and passion of her voice (because you’ve got something special if you can make that kind of impression through a teeny-tiny hand-held device).

The R & B singer linked up with with Seattle funk legends Funky 2 Death and dropped a new album, #SEESHARP, earlier this year. Take a moment to get to know—and listen to—the sweet and soulful Tiffany Wilson.

Seattle Magazine: Tell us about the new album, #SEESHARP. What are its themes, and inspiration? Who did you work with on it?

Tiffany Wilson: We chose the title #SEESHARP as a double entendre, one meaning being C# is the resonating tone of the earth, the OM which aids in self and planetary healing, and the other being just seeing everything more clearly. #SEESHARP for yourself. This album touches on personal relationships, the retro issues of hatred and pleads for love and unity amongst humanity. It paints a picture of the justice for all that is seemingly lacking in media portrayals with the hopes of creating progressive dialogue and inspiring the listeners to become part of the solution.

The inspiration for the lyrics I wrote came from the retro funk instrumentation the album boasts. I thought, why not address some of the retro issues that are resurfacing? I worked with an extraordinary group of gentlemen by the names of Jimmy James (guitar), Derneill Washington (drums), Mark Mattrey (bass) who make up F2D (Funky 2 Death) and laid much of the foundation of the record along with our good friend and visionary, new label owner Anthony Warner of WeCoast Records who played most of the Hammond organ arrangements. We also brought in Jon Ryser who arranged the horn parts for most of the record and many other collaborators like Joe Doria (Hammond) from our musical community. There were many collaborators but F2D laid the oh-so-funky foundation.

SM: What inspires you as an artist, and who are some of your influences?

TW: As an artist I’m inspired to paint a picture of the real life that so many are living. The scenarios that play out in the media and the need to combat the lack of love with love. Self-love and Universal love. My influences are the timeless artists like Bobby Womack, Aretha Franklin and other artists who are also moved to paint a very honest portrayal of the ups and downs of life and love.

SM: What does being an artist in Seattle mean to you?

TW: It means I’m a part of a wonderful community of talented and brilliant minds. It also means that I have to shine a lot brighter to make sure that my light reaches across the nation and across international borders. It means I’m free to be me and the very best Tiffany Wilson I can be.

SM: What does Seattle need to know about Tiffany Wilson?

TW: What Seattle needs to know about Tiffany Wilson is simply that I’m here and I love what I do and each performance shows it! That I’m actively working to be a contribution to our musical legacy.

TW: Well, as an independent artist the plan is to take my music not only into target markets nationally but anywhere where the people get up to get down! As we’re heading into the holiday season, most of my performances are private engagements but on December 9th I’ll be returning to where my musical family was formed, LoFi Performance Gallery for what may be the last public performance of the year. At the top of 2017 we plan on making the rounds in the South and on East Coast. Everything is possible and my potential is limitless therefore so are the possibilities!