“If you start to integrate [theater] into their lives, you’ll be surprised at how early they pick up on things." 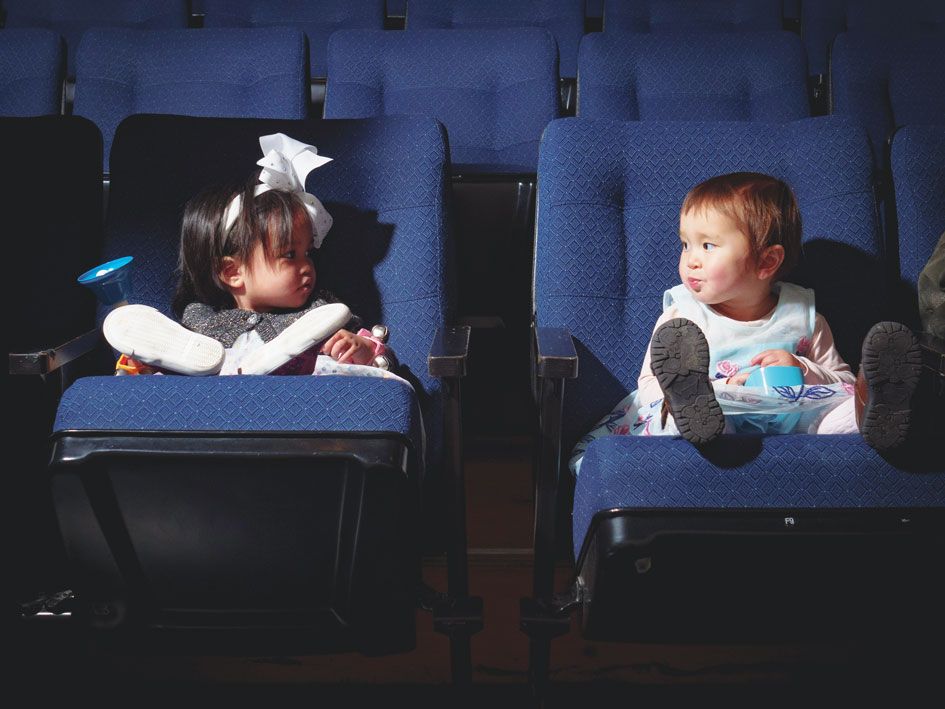 This article appears in print in the March 2020 issue as part of the Spring Arts Preview feature. Click here to subscribe. Due to evolving public health concerns related to the coronavirus (COVID-19) outbreak, be sure to check with event hosts and venues for updates on event schedules and cancellations.

Parenting hadn’t been on the agenda for local visual artist Susie Lee. But at 45 years old and suffering from what she thought was an ulcer, Lee found out she was pregnant.

Now with 2-year-old daughter Hana napping in the other room, Lee talks about her newest creative project: the Small Human Festival (4/23–4/26, On the Boards, ontheboards.org), which she believes is the first contemporary performing arts festival in the U.S. aimed at infants and toddlers.

What does that mean exactly? Lee says she’s working with the other members of Thingyverse Productions, along with local adviser and arts leader Royal Alley-Barnes, on a lineup of “smart, beautiful, artistically rigorous pieces—but made for children.” She wasn’t interested in the obvious performers like Caspar Babypants, but rather artists like herself, “who had never really thought about children and had to wrap their creativity around what it’s like to look at the world through a baby’s eyes.” Audience members can expect performances that touch on all the senses, and not just on stage but in the venue at large. Lee says highlights of the four-day run at On the Boards, and the free community center productions leading up to it, will include a piece by site-specific artist Lucia Neare, with fantastical sets and lavish headdresses; soulful singing with longtime children’s choir director Debbie Cavitt; and a revision of Lee’s first production for babies (produced in conjunction with Hana’s first birthday), The More You Look: An Experimental Baby Opera. Lee has taken steps to ensure that the festival won’t be an endurance contest; caregivers and their little ones are encouraged to step outside or take snack breaks when needed. The point, Lee says, is to blow little minds—gently, of course. “I want to empower parents,” Lee says. “If you start to integrate [theater] into their lives, you’ll be surprised at how early they pick up on things. It’s not like they have to understand the whole story; they just understand that the energy in that space is really electric.” Baby Shark Live
3/29
If you’ve avoided the South Korean viral hit “Baby Shark” for this long, skip to the next listing. But for the totally obsessed, there’s this live performance with Baby Shark and his friend Pinkfong, who sing and dance to earworms like “Wheels on the Bus” and “Jungle Boogie.” $15.50–$55.50. Paramount Theatre, downtown; stgpresents.org