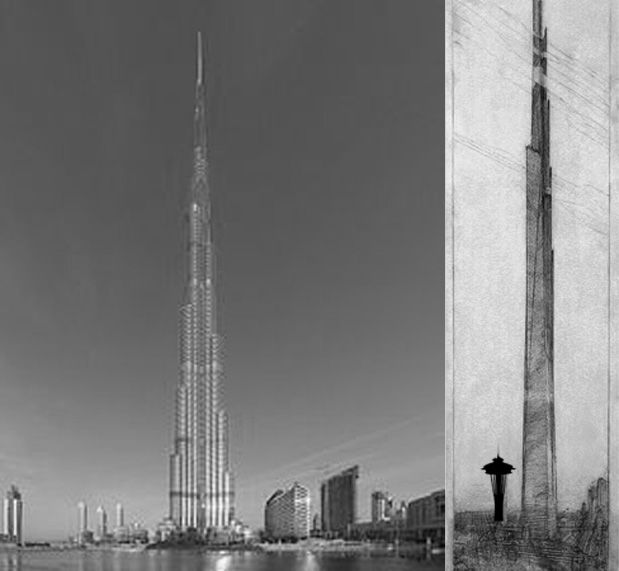 April 1 — Seattle’s booming South Lake Union is about to get taller. In anticipation of a neighborhood up-zone, a developer has dusted-off Frank Lloyd Wright’s 1956 idea of a mile-high tower to handle density. The building will be more than 18 million square feet.

As word of the 500-story skyscraper leaked, officials were quick to react. “This solves the city’s density issues in one fell swoop,” said city council member Richard Conlin. “If we do this in SLU, we won’t have to go denser in other neighborhoods. Seattle can be Seattle.”

Mayor Mike McGinn was quick to disagree. “If this works here, there’s no reason not to put one up at every light rail station.” He said he would insist on bike access throughout the building, however.

The proposed tower also solves the Space Needle view-blockage question. “No one will even care if we can’t see the Needle,” said a member of the Department of Planning and Development. “As an icon, it becomes dwarfed, nothing more than a civic toadstool.”

In addition to ground-level hotel/hockey arena and three units of affordable housing, the mile-high edifice will feature at least 450 stories of 100-square-foot luxury apodments.

The top two floors are rumored to be reserved for Paul Allen’s personal Pentpod and a SETI array.

More details to come on April 2. Or not.

And now for real Seattle news…