Spokane Author’s New Novel Dives into the World of Sasquatch

A Northwest writer brings Sasquatch out of the woods 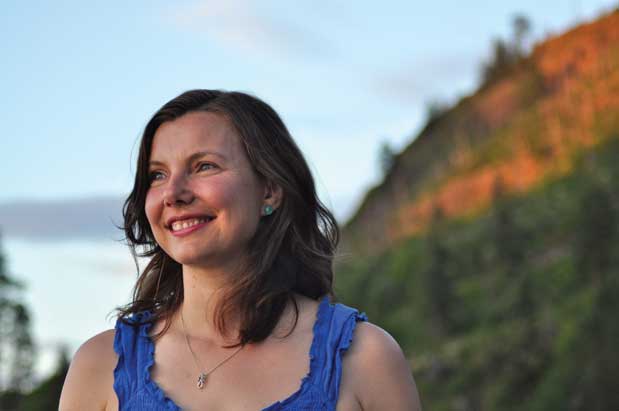 This article originally appeared in the January 2015 issue of Seattle Magazine.

The idea of Sasquatch has long been alluring, as the missing link that lurks at the edge of Northwest forests and also in our collective unconscious. In The Sasquatch Hunter’s Almanac, the expansive new novel by Spokane writer Sharma Shields, Bigfoot holds a more specific magnetism: He inspires a young mother to run off to the woods with him, and sparks her abandoned son Eli’s lifelong quest to seek him out. The book also follows Eli’s successive wives and daughters—and their own encounters with the otherworldly—in a style that’s darkly comic, spellbinding and at times quite creepy. Hear Shields read at Elliott Bay Book Company (1/29. 7 p.m. Free).

Where on earth did this story come from?
Dr. Eli Roebuck first appeared in a short story I wrote a few years ago, “Field Guide to Monsters of the Inland Northwest.” I researched a bit about cryptozoologists for his character and uncovered a lot of articles about Dr. Grover Krantz, who is quite the legend in the Bigfoot realm. He was a respected physical anthropologist at [Washington State University] who risked his career and reputation trying to prove Sasquatch’s existence. The more I read about him, the more I saw all of these metaphorical potentials in his story, and I started imagining Dr. Eli Roebuck in all of these different situations, desperately searching for this one major thing.

Your previous collection is titled Favorite Monster. What is it with you and monsters?
I enjoy the darkness of monsters. Part of me, I think, relishes being scared. I have a difficult time dealing with my anxieties and fears directly, but monsters give me a playful and terrifying focal point. And they are such metaphorical powerhouses, standing in for one’s own inhumanity, or for one’s own potential for transformation.

Is there a connection with your multiple sclerosis diagnosis?
The body turning against itself seems like another kind of monster. I was diagnosed right before the book was sold, so I was not aware while I was writing that I had MS, only that something was vaguely wrong with me. Before my MRI and neurological testing, I thought I was being a hypochondriac, or that I was just suffering from extreme anxiety and depression. Amusingly, my editor at Holt pointed out [in an early draft] that I had too many characters feeling “dizzy” at times, or “numb.” It’s funny to think back on that, because dizziness and numbness were my primary MS symptoms. I was injecting my physicality directly into the experience of my characters. Also amusing is that I’ve been diagnosed with a disease whose grim moniker is, in fact, “The Monster.” As macabre as it is to say, it’s a pretty fitting disease for me to have.

Is there something about the Northwest landscape that lends itself to believing the Sasquatch legend?
I love the thin line between the indoor and the outdoor in the inland Northwest. The trees, the mountains, the trails, the lakes; the landscape breeds nature lovers. My experience in the forest directly influenced my writing in the book: how the light splits the trees, how the creek’s edges ice over in winter, how the sky looks like a small bright coin when viewed through a canopy of pines. My imagination goes into overdrive when I’m outside, and the mythic environment lends itself greatly to fiction and legend. I will say, however, that I’m an agnostic in almost everything, including when it comes to Sasquatch. For me, he both exists and does not exist at all. As Sherman Alexie writes in “The Sasquatch Poems,” “I don’t know if I believe in Sasquatch / but he sure does stink.”