See what's on stage in Seattle 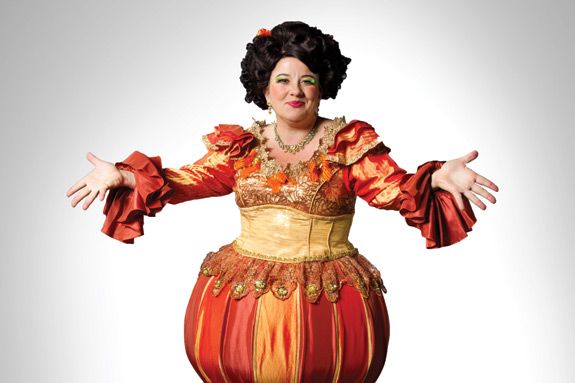 Seattle performer and singer Sarah Rudinoff is the rare talent who is as at home in an avant-garde theater production as she is belting out a tune in a Broadway musical. After many years taking on the guises of heroes, villains and fools on stage, she takes on the world of social media and persona in her new work NowNowNow, directed by David Bennett. Times and prices vary. On the Boards, 100 W Roy St.; 206.217.9888

Sherlock Holmes and the American Problem

Led by the husband-and-wife directorial team of Abigail Browde and Michael Silverstone, the critically acclaimed company presents Employee of the Year, a narrative of a life of a woman from age 3 to 80, as told by five young girls. The performance features original songs by Obie Award winner David Cale. Times and prices vary. On the Boards, 100 W Roy St.; 206.217.9888

This Lerner and Loewe classic from 1951 is familiar to audiences who have seen the 1969 film adaptation, which established once and for all that Lee Marvin and Clint Eastwood were not singers. In spite of this, the work remains a great musical interpretation of the settlement of the American West. Times and prices vary. The 5th Avenue Theatre, 1308 Fifth Ave.; 206.625.1900