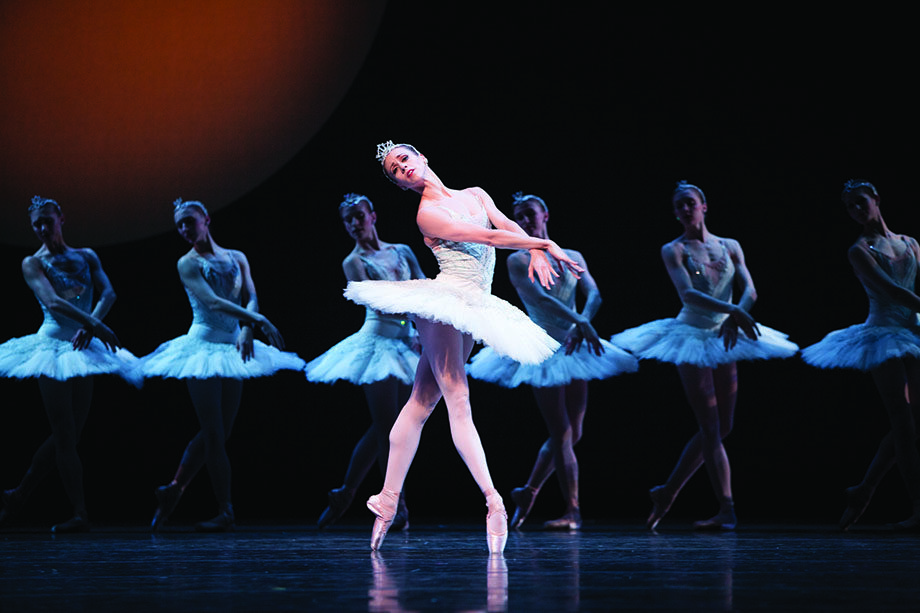 Now, two years later, the nationally recognized Rep is back in full swing as it closes out its 2021-2022 season with three final, in-person performances. The theatre reopened in January.

For Herrmann, and everyone else, the pandemic completely disrupted everything. Seattle Rep was forced to shed 80% of its staff, or almost 150 people. Fundraising, always important to arts organizations, took on an even more outsize role. The silver lining? Besides successfully creating virtual programming, extensive renovation of the Bagley Wright Theater, the Rep’s home, was fast-tracked.

“You’re going to see works of joy and imagination and entertainment. That’s what people want to see,” says Herrmann, adding that the Depression spawned some of the country’s iconic musicals, including “42nd Street,” “Annie” and “Let ‘Em Eat Cake.” “I’m excited to see what playwrights start producing over the next couple of years in response to this period that we’ve been through.”

Seattle trade organization ArtsFund recently released a Covid Cultural Impact Study detailing how much arts organizations suffered during the past couple of years. Of 121 reporting local organizations, revenue plunged almost 96%, a drop of 21%. Fundraising actually increased and kept many organizations afloat, but it wasn’t enough to offset a $131.6 million drop in ticket sales.

Nothing rivals the in-person experience, but Amada Cruz remembers how concerned she was once the Seattle Art Museum reopened after closing for six months.

Cruz, who made her comments during a recent event hosted by ArtsFund focused on pandemic recovery, admits she was pleasantly surprised that patrons overwhelmingly embraced the museum’s digital programming.

The Seattle Art Museum and countless other organizations across Washington state are now in the midst of a long-awaited return to normality as the state eases pandemic restrictions. Following is an overview of some of the offerings this spring and summer by major arts groups across the region.

After an all-virtual event last year, the 48th Seattle International Film Festival will return April 14 to 24 with a hybrid schedule that includes both in-person and virtual screenings. The 11-day festival will present the best in international and independent films from around the globe, with screenings at SIFF theaters and venues throughout the city as well as virtually on the SIFF Channel. Proof of vaccination with a photo ID is required for entry. Seattle Shakespeare Company has one more production scheduled this season, “Much Ado About Nothing,” from April 26-May 22. For tickets, visit www.seattleshakespeare.org or call 206-733-8222. Mozart’s “The Marriage of Figaro” is among the offerings from the Seattle Opera.

Seattle Repertory Theatre has several upcoming performances, including “Ghosts,” a controversial drama by Henrik Ibsen; “Selling Kabul,” about a former interpreter for the U.S. military in Afghanistan and his experience after U.S. troops left; and the world premiere of “Bruce,” based on the movie “Jaws.”

Intiman Theatre is finishing its first year in its new home on Capitol Hill with the Pacific Northwest premiere of the comedy “Two Mile Hollow” from April 26-May 15.

The 5th Avenue Theatre’s final performance of the season, “Afterwords,” is described as “a captivating new musical featuring a rhythmic and soulful score that fuses pop, rock and modern indie-folk.” It runs through May 21.

Catch “Embodied Change: South Asian Art Across Time” at the Seattle Asian Art Museum through July 10. The exhibition offers metamorphic and compelling images of the human body. Most of the artists utilize female and feminized forms in a myriad of ways, including as a devotional object, as a mode of self-representation and to question the safety of public spaces.

The Seattle Opera features a range of programming, including Mozart’s farce, “The Marriage of Figaro,” from May 7-22.

A highlight from the Seattle Symphony’s packed schedule includes Stravinsky and Brahms, featuring conductor Nathalie Stutzmann and soprano Julia Bullock. It runs on April 28 and 30.

Seattle Art Museum features the art of Lauren Halsey, who shows works in which proud declarations of Black-owned businesses intermingle with images of Egyptian pyramids, the Sphinx, and pharaohs and queens, all drawn from a personal archive Halsey has developed through research and community interactions. Through July 17. It also showcases a gift from Seattle collectors Jane Lang Davis and Richard E. Lang featuring one of the most significant collections of Abstract Expressionist paintings and culture. Through Nov. 27.

Henry Art Gallery’s “Packaged Black” brings together the work of artists Derrick Adams and Barbara Earl Thomas in a collaborative, multimedia installation developed from their shared dialogue about representation, Black identity and practices of cultural resistance. This exhibition is a synthesis of a multiyear, intergenerational and crosscountry exchange between New York-based Adams and Seattle-based Thomas that began after the two artists exhibited work alongside each other in a group show at The Savannah College of Art and Design in 2017. Runs through July 3.

The Frye Art museum is hosting “Recent Acquisitions” with Jeffry Mitchell through July 17. Mitchell, an Olympia resident who describes himself as a “gay folk artist,” works from a philosophy of acceptance and constructs his art in vulnerable, deeply human terms. Mitchell is primarily a ceramicist. “Recent Acquisitions” is a biannual series highlighting works that have been gifted to or purchased for the Frye Art Museum’s permanent collection. The National Nordic Museum is showcasing “New Nordic Glass, Recent Acquisitions” through May 29 and “From Dawn to Dusk: Nordic Art from Sweden’s Nationalmuseum,” through July 17.

The Museum of Glass’s “What Are You Looking At?” highlights unique experiments and prototypes pursued during artist residencies at the Pilchuck Glass School and Museum of Glass. Videos made during each residency will also be prominently featured, providing the audience a look into the artists’ intentions and clues to how they will incorporate glass into their conceptual vocabularies. Runs through fall. Stig Persson’s Layers No. 2 is among the artwork at The National Nordic Museum’s “New Nordic Glass, Recent Acquisitions” display.

Winston Wächter Fine Art hosts its second solo exhibition with Seattle-based painter Philip Govedare, a professor of art at the University of Washington. “Hinterlands” responds to the peripheral landscapes of America, highlighting the natural and altered environment through radiant, candid scenes that soften into abstraction. The show runs through May 19. Contact gallery@winstonwachter.com to schedule an appointment.