The museum investigates the American identity through paintings of Native Americans 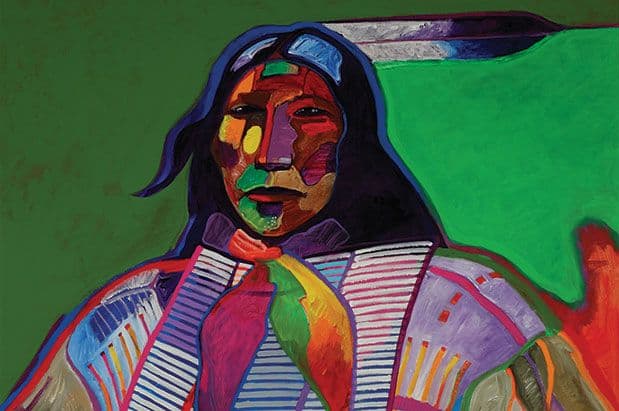 One year ago, the Tacoma Art Museum (TAM) debuted its Haub wing, designed to house a newly acquired collection of paintings depicting the American West. Many of the works portray an imagined, culturally inaccurate version of the region (some of the white European painters had never been there), so TAM took the somewhat radical step of including personal responses from contemporary Native Americans next to the standard plaques. The responses revealed how paintings of “fierce” or “proud” Indians made actual Native Americans feel about their heritage and its appropriation in art.

TAM continues this important, if tense, discussion with the new exhibit (Re)Presenting Native Americans, featuring paintings of Native Americans from the 1800s onward. Running in tandem are Artists Drawn to the West, featuring landscapes of the untamed country, and Northwest Cowboys in Art, showcasing paintings of local cowboy culture over the last century. Together, the three shows ask, what is the American identity? How do such images affect our sense of national history? And how would you, as an American, choose to be represented?