That morning, the rock stars were just a couple Seattleites in the crowd. 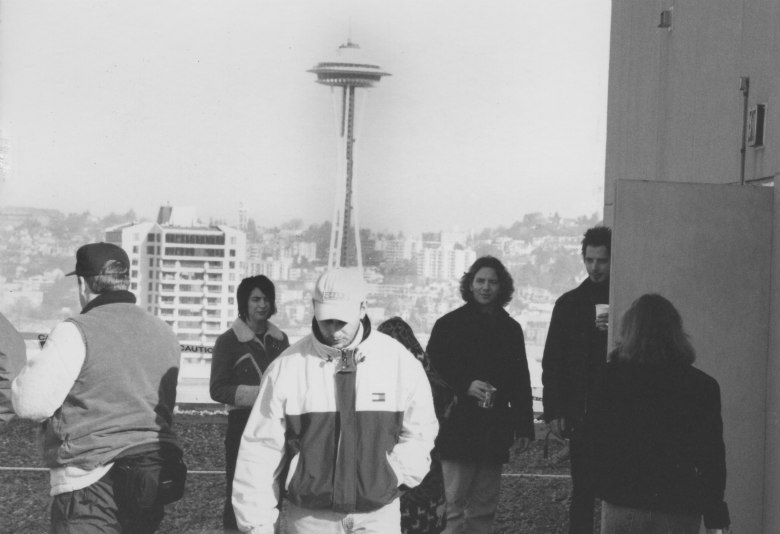 But when a buddy invited him to watch the Kingdome’s demolition from a nearby rooftop, the amateur photographer was on board. His construction worker pal had a job at the Newmark Tower on 2nd Avenue and Pike Street, and had an in on a small viewing party.

The sky was clear that Sunday morning, as a camera-toting Lefever and 50 or so others gathered to watch 24 years of Seattle history go kaboom. “The view was beautiful. Awesome day, sunny, the Space Needle was very clear from there,” the North Carolina transplant recalls. Then out of nowhere, he heard someone say, “Wait, is that Eddie Vedder over there?”

While Griffey posters never lined his bedroom walls, LeFever was part of the “grunge generation,” reared on the Seattle sound the frontmen standing before him helped build. It was partly why he moved here in 1998. “At the time, Seattle was like the city on the hill,” the Mount Baker resident recalls. “There was no cooler place to be than Seattle in those formative years for me.”

It took considerable restraint for LeFever to not go into total fan-boy mode. He hatched a plan to ask the rock stars to take his picture with the Space Needle behind him, a bit he thought would be a surefire hit. Ultimately, he opted to “play it cool” instead of bugging the grunge kings, who appeared deep in conversation, he says. 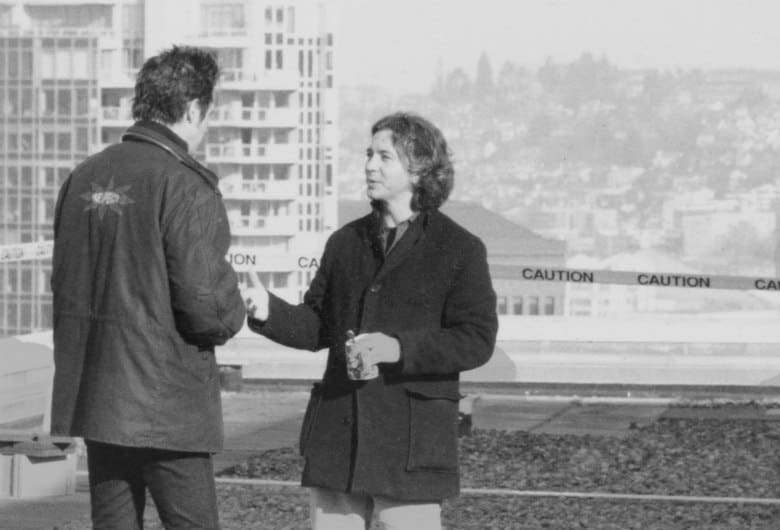 Of course, this was all before social media’s pop-culture incursion. These days the presence of two of Seattle’s most famous musicians might have triggered a selfie marathon, LeFever concedes. But that morning 17 years ago, Cornell and Vedder were just a couple Seattleites sipping coffee and watching the rebar carnage.

As the countdown to the Kingdome’s demise began, LeFever’s focus shifted to the crackling explosives going off around the stadium. “It was almost like a gun being fired over and over—pow pow pow pow pow pow! Then things just crushed and there was this deafening roar that was like one big thunder clap.”

In seconds, it was over. As the stadium crumbled, the site was enveloped in a “cloud of dust” that coated the city as far as Capitol Hill, LeFever recalls. By the time he left, Vedder and Cornell had already split.

For years, LeFever sat on his photos of the Seattle icons. But after Cornell’s death last week, the 43-year-old decided it was the right time to share them on his blog, Camping on Tuesdays.

“Unfortunately with everything that happened in 2016, I’ve become a bit numb to famous people dying,” LeFever says. “But I was sad. He’s a legend. I grew up with his music.”

And he’ll always have that morning on the roof.