Lemolo's "Low Halo" video is like a beautiful séance 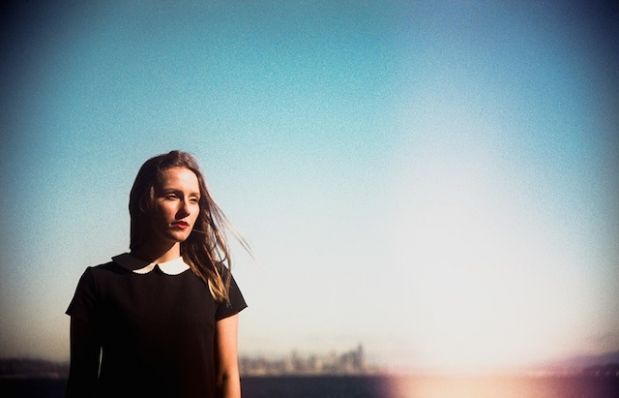 When she was 7 years old, Meagan Grandall, lead singer and songwriter for the Seattle-based dream pop band Lemolo, would wade into the ocean and push little boats out into the waves. They say what you did when you were young is what you’re meant to do when you’re older, and while it’s true that Grandall doesn’t work with actual boats per se, this adage remains true for the silky-voiced singer who frequently finds herself treading in musical depths and letting her compositions float away.

Lemolo’s new record, Red Right Return is the follow up to the acclaimed Kaleidoscope, and is named after a nautical expression meant to help ships return home safely. Safety is keenly on Grandall’s mind with this record given that the songs on the forthcoming 12-track album are inspired by difficult experiences revolving around distance – from romantic relationships to friendships with which she had to part ways.

“I feel like I’m much happier standing on my own two feet now,” says Grandall. “I was a bit lost before in unhealthy relationships, trying to rely on other people for my happiness. So, in a sense, I feel like I returned home from sea myself.”

The record’s debut video is for the track, “Low Halo.” The song is like a séance, a reaching out for a uncertain and unnameable depth. And it’s unlike anything Lemolo has done before.

“My songs come out of me and sometimes I feel like I can’t even control them,” Grandall says. “So I just sort of follow their lead.”

With the help of drummer, Emily Westman (Sisters, Seattle Rock Orchestra), who provides the “driving and complex drum beats,” the track dances in the low end as Grandall takes the triumvirate of listener, watcher and self on a gritty soul search.

The video is dimly lit and features a giant parachute – the kind “from elementary school PE” – dyed black with hundreds of stringed light bulbs balancing on it, as well as delicate, precise and distorted shots of Grandall’s visage. It’s a beautiful piece put together with videographer and photographer, Elizabeth Rudge.

If you want to see more from her and the band, you can buy tickets for their record release at The Crocodile, slated for Friday, November 6, with Maiah Manser and Mimicking Birds here. In the mean time, check out the video: