View a Replica of The Great Northern Train Tunnel 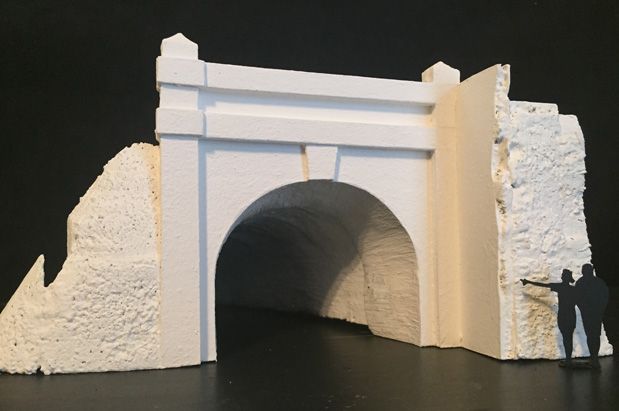 Bertha isn’t the only tunneler in town. Seattle artist Rick Araluce is known for his miniature-scale sculptures of haunting interior spaces as well as the giant-scale sets he creates for the Seattle Opera. Now he’s embarking on The Great Northern, a less than full-scale but still massive replica of the 111-year-old, 1-mile-long tunnel that still funnels trains beneath downtown Seattle.

Araluce, who was awarded a Guggenheim fellowship this year, will begin construction this month inside the windowed MadArt Studio in South Lake Union, in full view of passersby. “This particular train tunnel was, for its time, a technical and engineering feat,” Araluce says. “It was higher and wider than any tunnel before it and was completed in record time. As a piece of formal architecture, it has long fascinated me. It is a portal to the dark and mysterious unknown.”

Araluce’s version will nearly fill the studio, climbing to almost 22 feet high, and will include sound and lighting to give the impression that a train is always just around the bend. As for whether his tunnel project has inspired new sympathy for the Bertha engineers, Araluce says, “Creating something that has never quite been done before—with myriad challenges—is something I can relate to.” View the work in progress from early October through early January at MadArt Studio. Free. Times vary. 325 Westlake Ave. N, Suite 101; 206.623.1180; madartseattle.com.