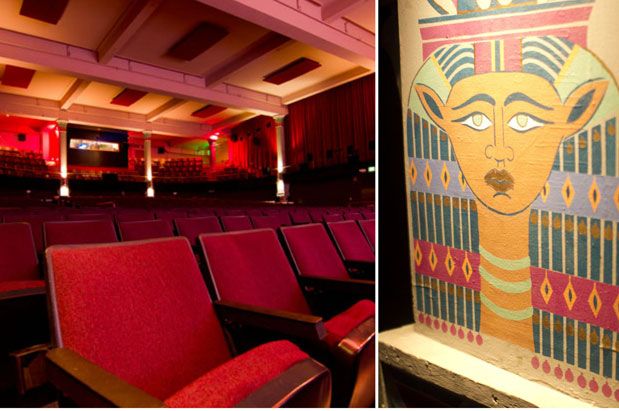 When Landmark Theatres closed the Egyptian Theatre in June 2013, many locals proclaimed it a death knell for authentic Capitol Hill. (The death knells are becoming clangorous in this swiftly changing neighborhood.) The longstanding beacon of independent film—which started out as a Masonic temple—became a movie palace in the early 1980s, when the Seattle International Film Festival took over the space, built it out, added pharaonic details and dubbed it the Egyptian Theatre. Now things have come full circle: SIFF has secured a long-term lease and this month officially opens a year-round venue heretofore known as SIFF Cinema Egyptian. Thanks to a hugely successful fundraising campaign, which brought in more than $300,000, SIFF has been able to do some sprucing up (though sadly, the bathroom upgrade won’t happen until spring).

Programming reflects the organization’s eclectic and intriguing tastes, from an opening-weekend run (10/3–10/5) featuring the Egyptian’s greatest hits (Amélie, My Neighbor Totoro, Y Tu Mamá También), to a Hedwig and the Angry Inch sing-along (10/10), to the return of midnight movies, including Tremors (10/18), Cabin in the Woods (10/25) and The Rocky Horror Picture Show (10/31). Bonus: Beer and wine have been added to the snack bar and can be sipped in your seats. So take a break from the death knells and ring in the return of a neighborhood classic. 801 E Pine St.