New footage from a 1988 video shoot has been uncovered. 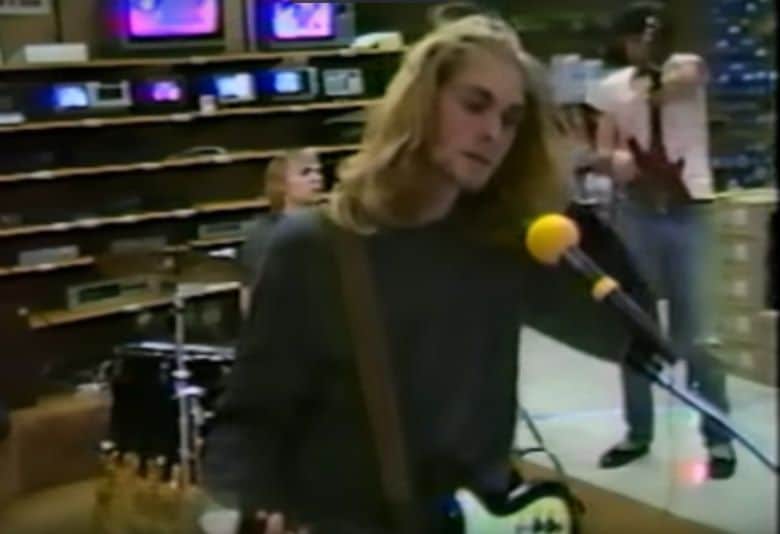 The world was a very different place 29 years ago. Nirvana was an unknown band and Radio Shack was a thriving company built on tube TVs and coin-eating robot banks.

Yet in 1988, fate and perhaps budgetary constraints brought the battery slingers and future rock gods together. On Jan. 23 of that year, bassist Krist Novoselic, then-drummer Dale Crover and a 20-year-old Kurt Cobain recorded Nirvana’s first demo tape at Seattle’s Reciprocal Recording Studios with producer Jack Endino. The next day the straggly-haired go-getters took over an Aberdeen Radio Shack after closing time to film a music video. Snippets of the in-store rock-out have emerged in the past. But on the Fourth of July, archivist and true American hero Mike Ziegler unearthed the full 17-minute video on (where else) YouTube.

As first reported by Spin, Cobain and Novoselic pick their unplugged instruments along to the demo tape, while Crover plays live behind them. According to Ziegler, the footage on the TVs in the background is from a concert the band played at Tacoma’s Community World Theater the night before.

Watch both videos below and long for a time when generational rock talents lurked in our retail stores.