In West of Lenin’s ‘Big Rock,’ Dad and Daughter Take Each Other for Granite 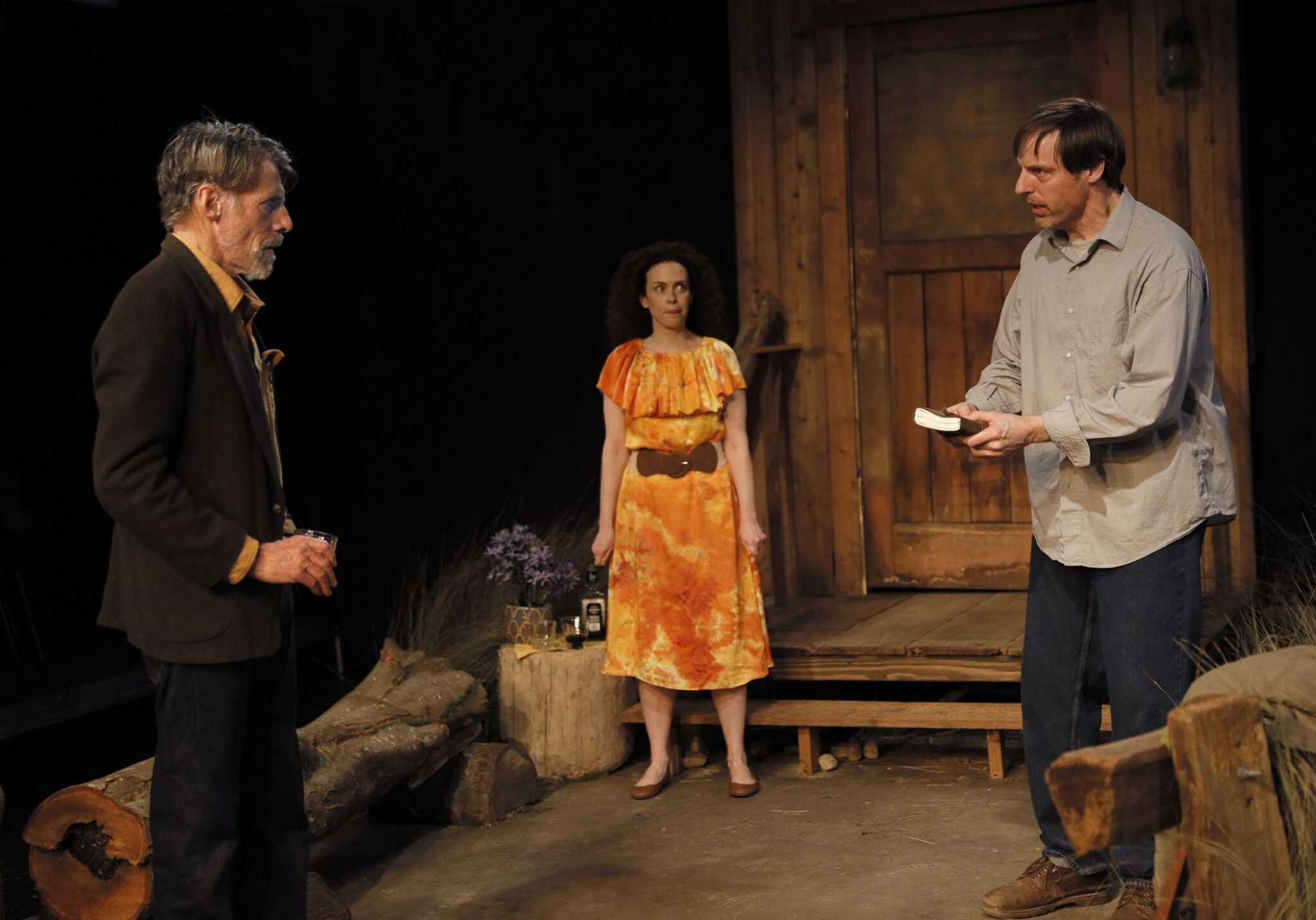 Playwright Sonya Schneider broke into the Seattle theater scene 10 years ago with the self-produced WAKE and jumped to the next level when Intiman chose her The Thin Place for a 2010 mainstage production. That show—much like her latest, Big Rock, at West of Lenin through the end of the month—explored the lasting effects of trauma, with religion the context.

Art is the narrative device in Big Rock, set on a sliver of land on an unspecified San Juan island (and featuring an evocative set by freelance designer Julia Hayes Welch—who’s been extremely busy this spring with HIR and An Octoroon for ArtsWest and Ironbound for Seattle Public Theater). Once-acclaimed poet Harris Sands has escaped to a shack here; curmudgeonly, misanthropic and withholding, he’s the kind of person who bitterly declares, “Poetry is shit.” Arriving for a visit, after some years of estrangement, is his daughter Signe, a successful visual artist; guarded, uptight and brittle, she’s the kind of person who frets over cell-phone reception the moment she arrives. Nice guy Hamish, a local handyman, is a newcomer to poetry who’s hoping for instruction from Harris and who gets pulled into refereeing their clash and, eventually, their reconciliation.

Hamish keeps things calm at first—he brings Signe a puppy, which momentarily thaws her ice crust—but father and daughter can’t refrain from going for each other’s throats; old resentments are soon unsheathed and used to draw blood. The play’s tempestuous climax, though, is driven by new revelations of everyone’s opinion about everyone else’s art: Does A like B’s poems? Does B hate C’s? Is anyone telling the truth? These revelations would make a good basis for a light, crisp satire on the egos and insecurities of artists, but Schneider is going for something much more grandiose, and she’s built a weighty edifice of melodrama on an awfully slender and unsteady foundation. These are fraught questions, of course, especially among family members with baggage, but the temperamental extremity of the three characters’ reactions to these revelations fails to feel sincere. (And I know a lot of artists.)

That said, the commitment of the actors keeps the edifice from wobbling too badly, especially Meg McLynn as Signe, who really throws herself into the part’s physical and emotional demands, and scores big. As Harris, Todd Jefferson Moore dares to be pretty consistently unsympathetic, shrewdly refusing to stack the deck against Signe by overplaying the grumpy-but-lovable card, and Evan Whitfield’s affable Hamish makes his yearning for the artist’s life completely plausible and noble, even though it clearly hasn’t done Signe and Harris much good.