What to See this Fall: Theater 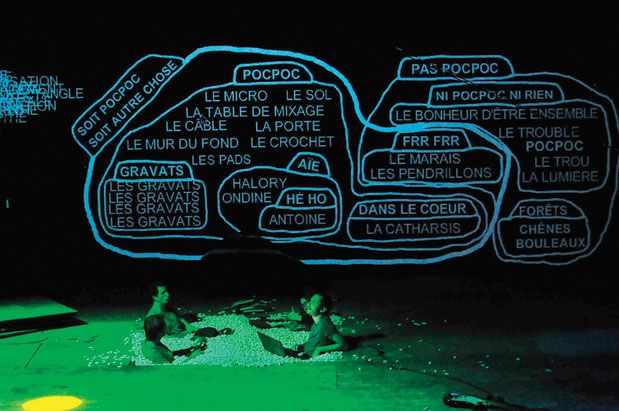 This article originally appeared in the August 2014 issue of Seattle Magazine.

Angels in America [DRAMA]
This year’s edition of the Intiman Theatre Festival features Tony Kushner’s mid-1990s exegesis of the AIDS crisis, the two-part creation collectively known as Angels in America. Featuring stellar local talent, including Marya Sea Kaminski (as the angel), Jennifer Zeyl (set design) and Mark Mitchell (costume design), the production will remind viewers of how prophetic—and witty—the Pulitzer Prize–winning play is. Seattle audiences will get the rare chance to see both Millennium Approaches and Perestroika in alternating repertory performances—or back to back. 8/14–9/21. Prices vary. Cornish Playhouse at Seattle Center, 201 Mercer St.; 206.733.8222; intiman.org

Black Comedy [FARCE]
In a final performance before nesting in the new 12th Ave Arts building, Strawberry Theatre Workshop presents this one-act play by Peter Shaffer, known for his Tony- and Oscar-winning scripts (Equus and Amadeus). Fast-paced, farcical and funny, the plot surrounds an engaged couple, an ex-lover, eccentric neighbors and, naturally, a blown fuse that plunges all of the above into pitch black. 8/21–9/20. Times and prices vary. Erickson Theatre Off Broadway, 1524 Harvard Ave.; 206.427.5207; strawshop.org

Germinal [AVANT-GARDE]
French-Belgian performance artists Antoine Defoort and Halory Goerger present their far-out, funny and philosophical musings on topics such as interpersonal dynamics, the laws of physics and evolution. All this is accompanied by live music and the occasional hacking open of the stage via pickaxes. 9/25–9/28. 8 p.m. $12–$23. On the Boards, 100 W Roy St.; 206.217.9888; ontheboards.org

The Vaudevillians [MUSICAL]
Seattle performer Jerick Hoffer—who won season five of RuPaul’s Drag Race as Jinkx Monsoon—is at it again with a different hilarious persona, Kitty Witless. In this revival of a sold-out off-Broadway smash, Witless and her sidekick, Dr. Dan Von Dandy (fellow Cornish grad Richard Andriessen) are two vaudevillians who were frozen while on tour in Antarctica in the 1920s. Thanks to global warming, the pair has emerged from the ice to find that many of their hits have been misinterpreted by such upstarts as Janis Joplin and Gloria Gaynor. The record is the only thing that they set straight. 10/3–11/2. Times and prices vary. Seattle Repertory Theatre, 155 Mercer St.; 206.443.2222; seattlerep.org

Kinky Boots [MUSICAL]
Soul meets sole in this Broadway adaptation of the true story of a straitlaced British shoe factory owner trying to rescue his family’s ailing business. Saving the day is Lola, whose Achilles heel is that she can’t find a pair of stilettos that will bear a man’s weight. Voilà! The austere Price & Son shoe factory steps in to fill the void, and a Tony Award–winning smash is born. Book by Harvey Fierstein and music by Cyndi Lauper. 10/7–10/26. Times and prices vary. The 5th Avenue Theatre, 1308 Fifth Ave.; 206.625.1900; 5thavenue.org

The Man Who Can Forget Anything [AVANT-GARDE]
Gregg Lachow and Megan Murphy present the latest in their 25-year artistic collaboration, spanning NYC and Seattle. The duo promises genre-defying dance-theater, moody film, pointe shoes, an exploration of real and imagined love, and nods to Chekhov in a show that includes longtime family friends and the pair’s children, Charlie Lachow and emerging rapper Sam Lachow. 10/9–10/12. Times and prices vary. On the Boards, 100 W Roy St.; 206.217.9888; ontheboards.org

Vanya and Sonia and Masha and Spike [DARK COMEDY]
The 2013 Tony Award winner for best play, written by Christopher Durang, might be the best of all worlds: a Chekhovian family drama (set in a cherry orchard, no less) that mixes levity and humor with self-pity and self-delusion—aging-sibling interpersonal relationships. The absurdist pretense of a costume party brings Masha, an insecure actress, and her lover, Spike, home to the family manse in Bucks County, Pennsylvania, where middle-age siblings Vanya and Sonia live together in an old farmhouse. Hilarity ensues. 10/16–11/15. Times and prices vary. ACT, 700 Union St.; 206.292.7676; acttheatre.org 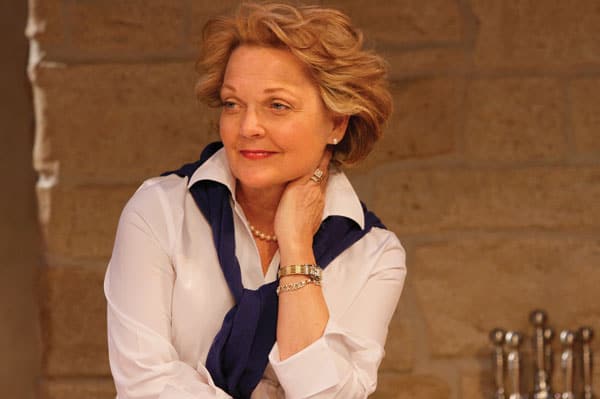 Pamela Reed stars in Vanya and Sonia and Masha and Spike at ACT 10/16–11/15; photo by chris bennion