What to See This Fall: Visual Arts 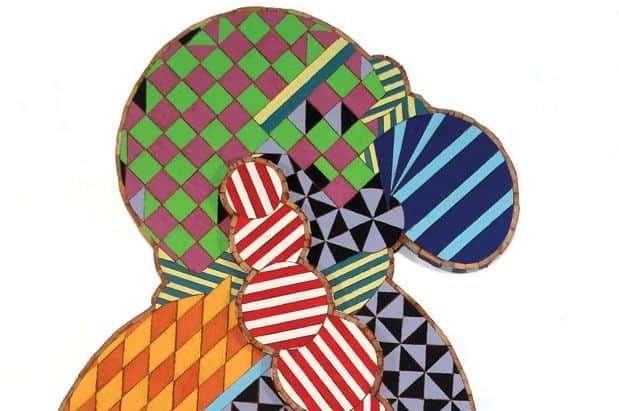 Seattle Art Museum: Pop Departures
Those Pop Art troublemakers have been at it for the last 60 years: shaking up everything we thought we knew about art by incorporating images from advertising, comic books and everyday cultural detritus to challenge the traditions of “fine art.” Now SAM mounts a major exhibition dedicated to showing how the roots and themes of the Pop Art movement have continued to inspire artists and antagonize purists. Pop Departures will showcase the early masters: Andy Warhol, Claes Oldenburg, John Chamberlain, James Rosenquist and others, whose work presaged the 1980s work of artists such as Jeff Koons, Barbara Kruger, Richard Prince, John Baldessari and Raymond Pettibon, also on display. The continuum (and the exhibit) reaches into the present day, as evidenced by contemporary artists (including Josephine Meckseper, Elad Lassry, Margarita Cabrera, Mickalene Thomas and Ryan Trecartin) still using mass-market images to make statements about modern commodity culture. 10/9–1/11/2015. Times and prices vary. Seattle Art Museum, 1300 First Ave.; 206.654.3100; seattleartmuseum.org

Seattle ArtResource Gallery: Lineage
A hidden gem for those in search of art by Northwest masters, this gallery showcases and sells consigned pieces at killer prices. The fall exhibit, Lineage, features paintings, sculpture and screen prints by artists who either attended or taught at the University of Washington—including pieces by such luminaries as Chuck Close, Alden Mason, Jacob Lawrence and Roger Shimomura.
The best part? Any one of them could be yours. 10/2–11/22. Times vary. Free. Seattle Art Resource Gallery, 625 First Ave.; 206.838.2695; seattleartresource.com

Museum of Glass: Lino Tagliapietra
How did a Venetian glass artist spur Seattle’s thriving glassblowing scene? It’s a long story—one that the Museum of
Glass is celebrating on the occasion of Lino Tagliapietra’s 80th birthday. The influential Italian artist swapped techniques with Dale Chihuly in 1968, taught at Pilchuck Glass School in 1979 and ’80, held his first solo show at Seattle’s Traver Gallery in 1990 and helped put Seattle glass on the global map. See work by the man Chihuly has called “the greatest glassblower in the world.” 9/24–2/15/2015. Times and prices vary. Museum of Glass, 1801 Dock St.; 253.284.4750; museumofglass.org 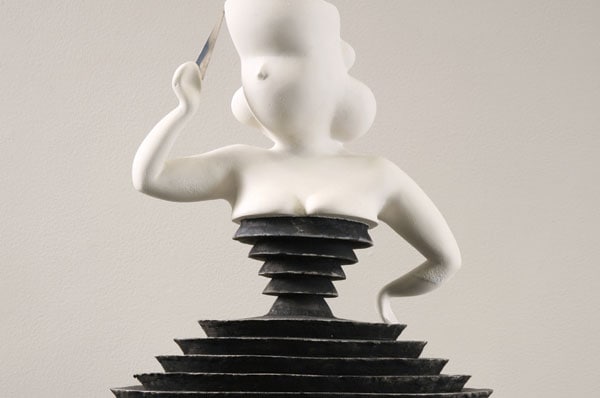 The BAM Biennial is a juried exhibition featuring new work by emerging and established Northwest artists and craftspeople. Past exhibits have brought together the best of the clay (2010) and fiber (2012) worlds, and now wood gets its due, in this exhibit of pieces by 39 of the area’s premier artists working in the medium. Included in the Seattle contingent: Rick Araluce, whose enigmatic miniature environments were one of the nuanced surprises of last season; sculptor John Grade, whose work embraces nature and its relationship to decay; Julia Haack, who turns salvaged wood into stand-alone landscapes; Julia Harrison, whose delicate, erotic, wearable carvings evoke Japanese netsuke; W. Scott Trimble, whose playful sculptures explore the intersection of architecture and nature; and Ed Wicklander, who has influenced many of the other artists and is known for his carved high jinks (and for his delightful depictions of cats…lots of cats!). 10/31–3/29/2015. Times and prices vary. Bellevue Arts Museum, 510 Bellevue Way NE; 425.519.0770; bellevuearts.org

Lilienthal/Zamora
Seattle installation artists Etta Lilienthal and Ben Zamora bring their innovative vision to Belltown’s Suyama Space with a new piece, Never Finished, which will fill the gallery from floor to ceiling with suspended bars of light. In the tradition of noted 1960s–’70s fluorescent light artist Dan Flavin, the duo uses a minimalist approach to create a maximum experience: environments that burn into the brain. 9/29–12/19. Times vary. Free. Suyama Space, 2324 Second Ave.; 206.256.0809; suyamaspace.org

Ann Hamilton
For the first time since the gallery’s 1997 expansion, the Henry is handing over the building keys to a single artist: Ann Hamilton. Known for her enormous installations that resemble sensory dreamscapes—a 90-by-54-foot orange silk sheet stretched across the Museum of Contemporary Art in Lyon, France; 42 human-powered swings that triggered huge billowing curtains in NYC’s Park Avenue Armory—Ohio-based Hamilton will now have her way with the Henry, crafting a transformative, site-specific installation. It will be a taste of things to come, too: The MacArthur “Genius” has been tapped to create large-scale art at Pier 62/63 as part of the new Waterfront Seattle project. 10/11–4/30/2015. Times and prices vary. Henry Art Gallery, UW Campus; 206.543.2280; henryart.org

New coffee-table books by and about local artists

Roger Shimomura: An American Knockoff
Born and raised in Seattle, Roger Shimomura is known for his comic, Pop Art–style paintings that take Japanese stereotypes to task with humor, shock and awe. An American Knockoff, by Anne Goodyear and Chris Bruce, visually chronicles Shimomura’s bold artistic portrayal of the tension between assimilation and resistance. October release; University of Washington Press, $24.95