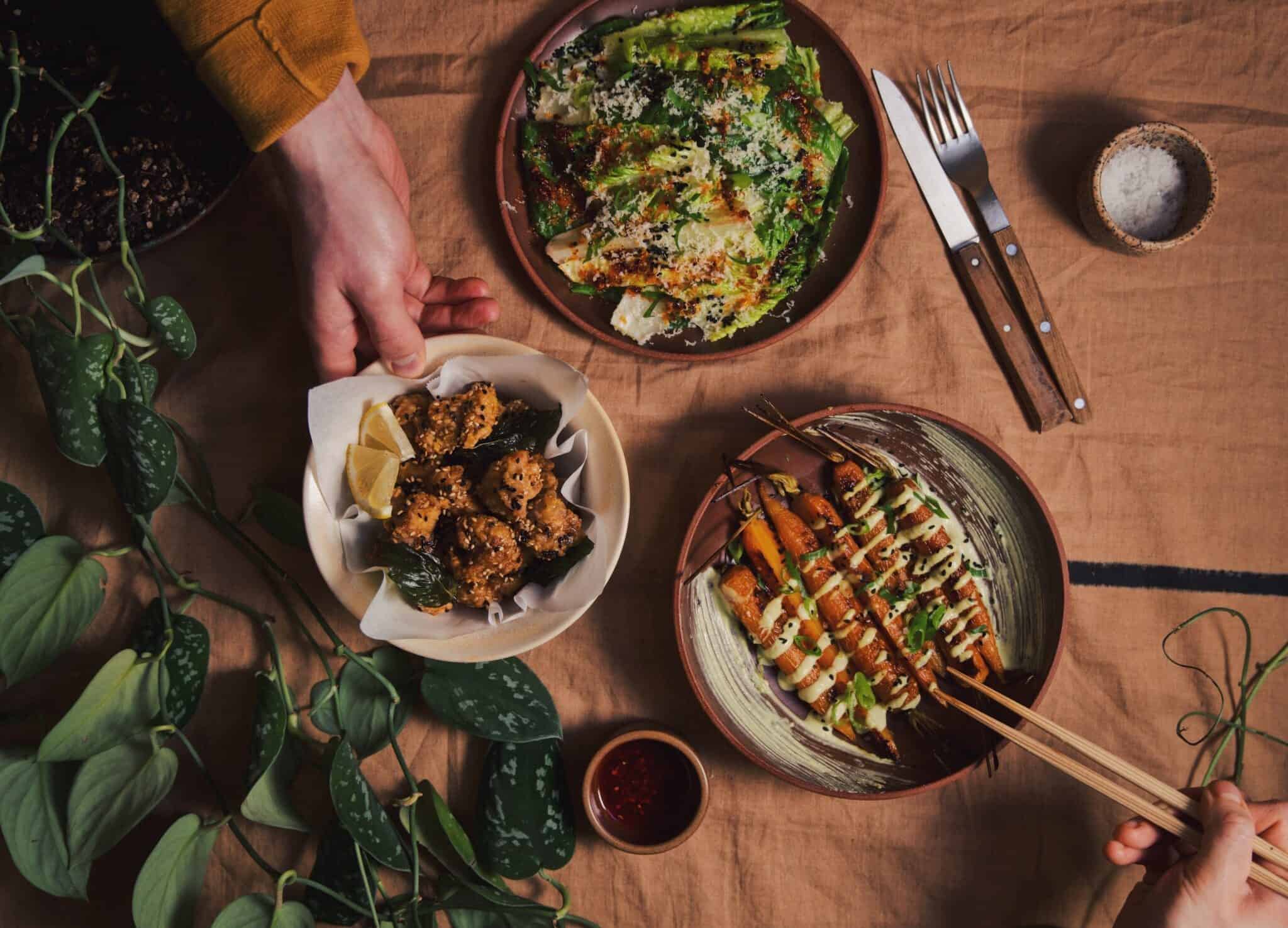 When Frankie Gaw came out to his mom in his 20s, he didn’t know what to expect. With Asian immigrant parents, you never know.

But, as is frequently the case, our parents deserve more credit than we give them. “I’ve probably known since you were 5 years old,” she told him. “I’ve just been waiting for you to come out for years.”

After that, their relationship changed. “She’s much more chill and open to the decisions I make,” Gaw says. “Moments like that, after I came out, really helped me push forward. I think I was scared to share because I was afraid of people judging me.”

Gaw needed that confidence to pursue the huge leap he took in October 2020, when he quit a lucrative career as a UX designer to follow his passion: writing a very personal cookbook about growing up Taiwanese-American, straddling two cultures, losing his dad, being gay. And of course, food is the through-line he follows, his grandmas’ recipes for Taiwanese home cooking tempered with the Cracker Barrels and Chipotles of his suburban upbringing. 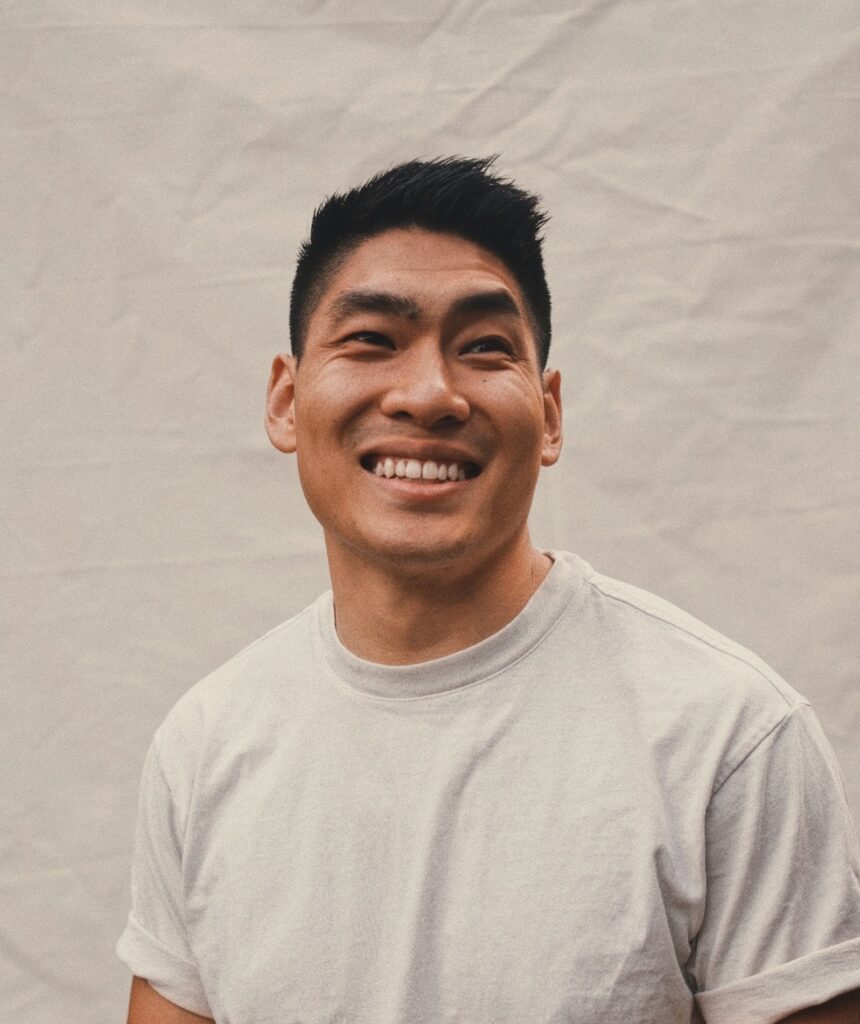 First Generation: Recipes from my Taiwanese-American Home will be released Oct. 25 on Ten Speed Press. It’s a culmination of the everyday comfort food recipes Gaw spent years cultivating on his food blog, Little Fat Boy, named after the childhood nickname his family affectionately gave him because he loved dumplings so much. During pandemic Zoom meetings, he was all business up top. Below the camera, he’d be kneading dough or stirring noodles. His blog, and now cookbook, focuses on dishes he grew up eating—fan tuan, stir-fried tomatoes and eggs, tea eggs, scallion pancakes—alongside fusion dishes born out of him growing up in an immigrant Taiwanese family in the Midwest.

“I want people to make delicious food and get joy out of eating dumplings, noodles—things that have brought me a lot of joy,” Gaw says.

Born in Cincinnati but currently living in Seattle, the 31-year-old is unapologetic in the way he has redefined Taiwanese American cooking in his book, drawing on his favorite comfort foods as well as what he was exposed to through family meals. 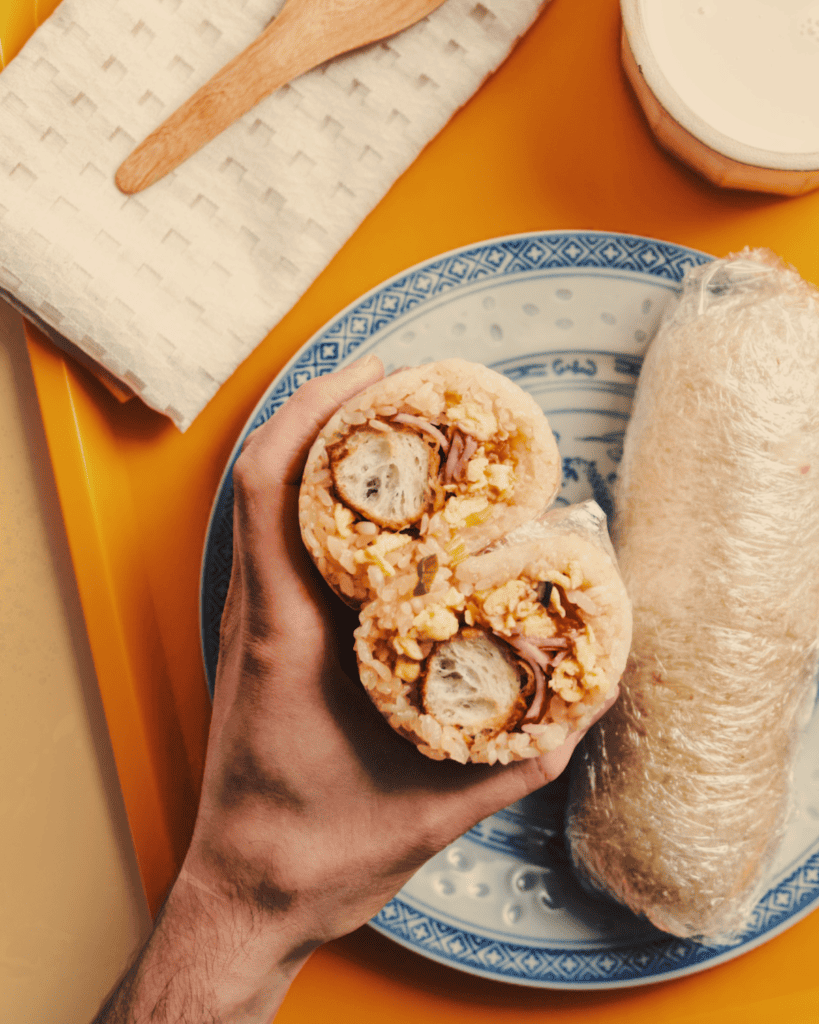 Fan tuan with tomato and egg.

What does that look like? Cross-pollinating the Costco corn dogs he ate after school with the Chinese sausage he loved from dim sum for a recipe called Lap cheong corn dogs, or creating a scallion mac ‘n’ “cheese” with a cashew-based sauce to appease both his love of Olive Garden and lactose intolerance.

Gaw’s cookbook also includes the best definition of pork floss I’ve ever seen: “dehydrated pork jerky.” Aha! You try explaining pork floss to someone who didn’t grow up with it. “I think people get really freaked out by it because it looks like hair”—yeah, no kidding—“but it’s just American jerky, shredded. It’s all about perspective,” Gaw says.

Taiwanese food, for him, was experienced through his grandmas, who both immigrated to the United States. Gaw and his partner moved to Seattle two years ago, partly to be closer to his surviving grandma. He never claims to be an expert on Taiwanese food—he’s only ever visited Taiwan twice. Instead, his cookbook is an expression of his identity as a first-generation immigrant. 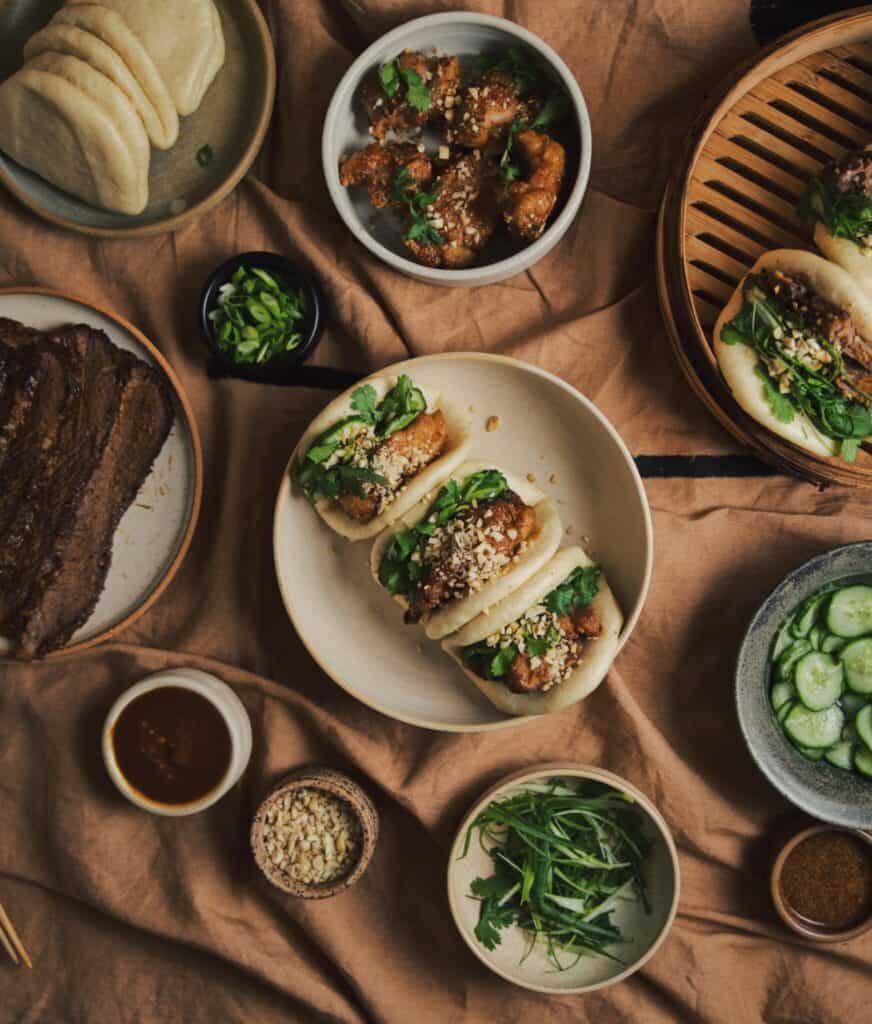 “As a kid, I separated those pieces of myself, the Taiwanese piece and the American piece,” Gaw says. “A lot of the recipes that blur the lines are about celebrating the fun you have as someone who shares multiple cultures.”

“I’ve always felt imposter syndrome,” Gaw says. “I wanted to celebrate that feeling of not belonging and that in-betweenness. I don’t feel familiar with my Taiwanese heritage, but then I also don’t belong with my American heritage.”

I had to ask Gaw what his mom thought of him walking away from a lucrative tech career to pursue writing and cooking. You know, stereotypical Asian mom, the kind with really strict rules about really benign things? The eat-your-carrots-or-go-blind mom?

Gaw laughed. “My mom is very supportive overall,” he says. She even tried to use the opportunity to convince her only child to move back home to Cincinnati. Spoiler alert: he turned her down.

Growing up, both Gaw’s parents worked full-time, so he could usually convince his folks to take him to McDonald’s at least once a week after school. They’d pull their minivan up to the drive-thru; his dad loved getting a giant Coke and chicken nuggets, and he’d get a Big Mac or a quarter pounder. 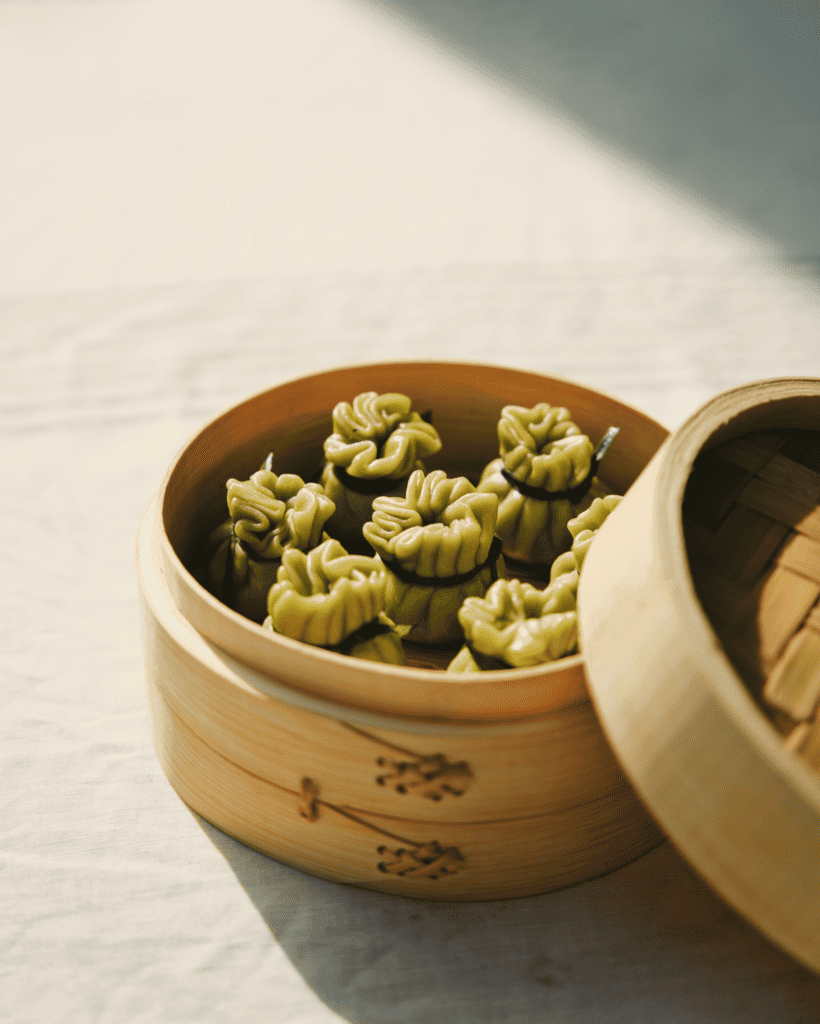 For holiday meals with his grandma and aunt, everyone sat around the kitchen island or the dining table eating enormous, juicy lion’s head meatballs. And kid Gaw would think, “Oooh, this would be so good with bread.”

For his cookbook, Gaw made that lion’s head meatball Big Mac happen, with four meatballs’ worth of pork.

“Lemme just try that and see how it goes,” Gaw remembers thinking. “It was so satisfying. I get the Big Mac, but I also get the flavors of lion’s head. It was very cool to be able to tap into two memories at the same time.”

The Lion’s Head Meatball Big Mac recipe can be found in First Generation. You can order the book ($32.50) from any of these retailers.

Want to taste-test that Taiwanese-American hybrid yourself? Here’s Gaw’s recipe: 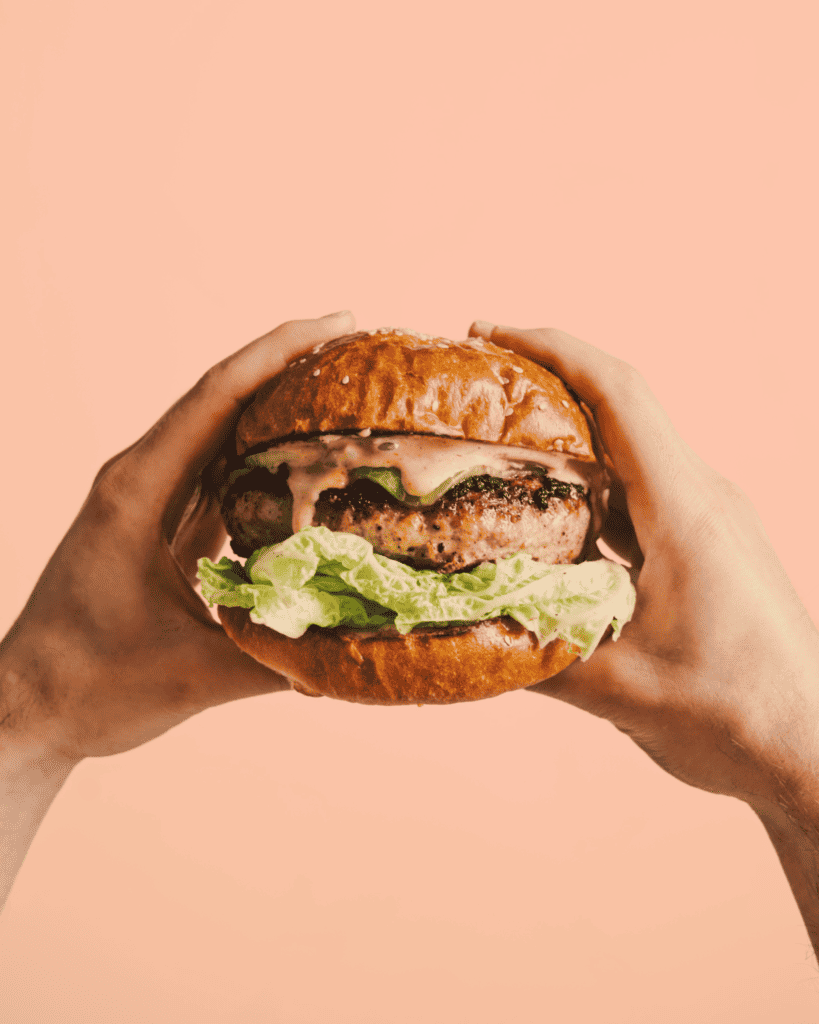 In a blender, blend together the water, scallions, and ginger. Strain through a fine-mesh metal sieve and set the liquid aside.

Chop the ground pork until the texture becomes finer and fluffier. In a large mixing bowl, combine the pork, 4 tablespoons of the scallion ginger water, the Shaoxing wine, soy sauce, sugar, and salt. Mix with your hands until the mixture is well incorporated and sticky.

Mix in the egg whites. In a small mixing bowl, whisk 2 tablespoons of the cornstarch and the chicken stock together, and add it to the meat mixture.

Mix with your hands to incorporate everything (you can even pick up the mixture and throw it back down into the bowl to create the optimal texture). Cover the bowl and let it sit in the fridge for 30 minutes.

In a small mixing bowl, whisk together the mayonnaise, ketchup, mustard, relish, honey, vinegar, and chili pepper sauce to combine.

Shape and cook the patties:

In a medium mixing bowl, dissolve the remaining 3 tablespoons cornstarch in 5 tablespoons of water. In a large skillet over medium-high heat, warm 1 tablespoon oil. Dip your hands into the cornstarch water and with wet hands form the meat mixture into 6 patties, tossing the meat between your hands to coat evenly with the cornstarch. Flatten the patties and place them directly on the hot skillet.

Cook the patties in batches as needed, pan-frying each side for 4 to 5 minutes until the internal temperature reaches 160°F.

Place one meat patty onto the bottom half of a bun. Top the patty with a slice of cheese and then pickles, onions, and cabbage. Spread some sauce onto the top half of the bun and place over the meat patty and toppings. Repeat for the remaining patties and buns, and serve immediately. 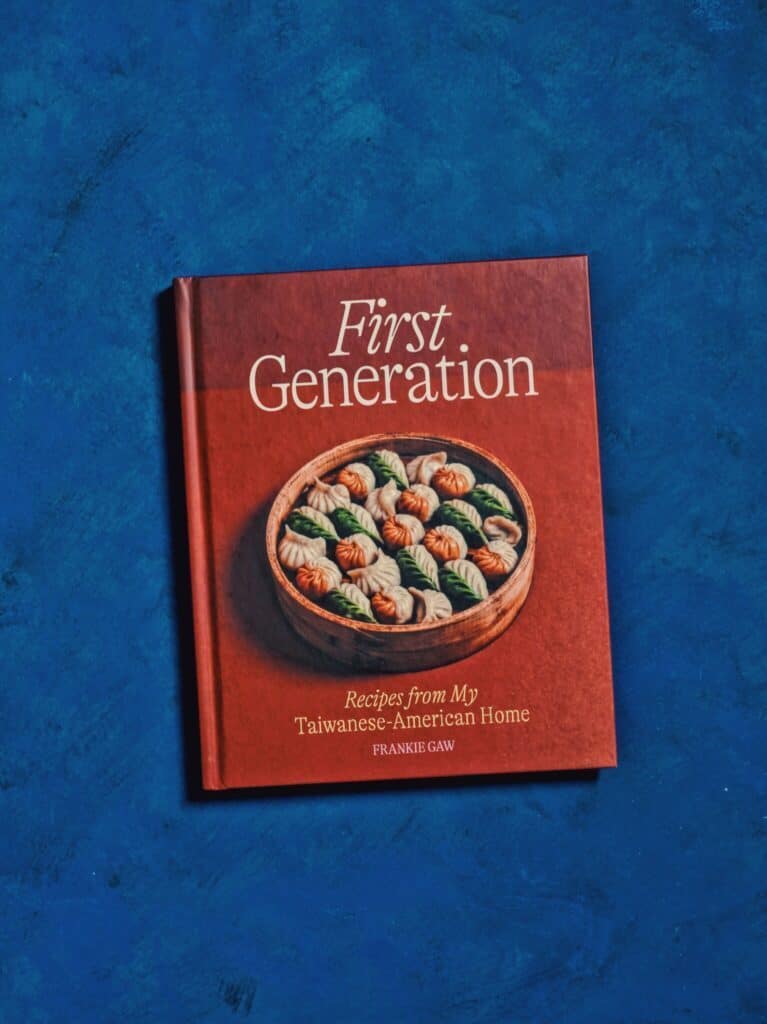