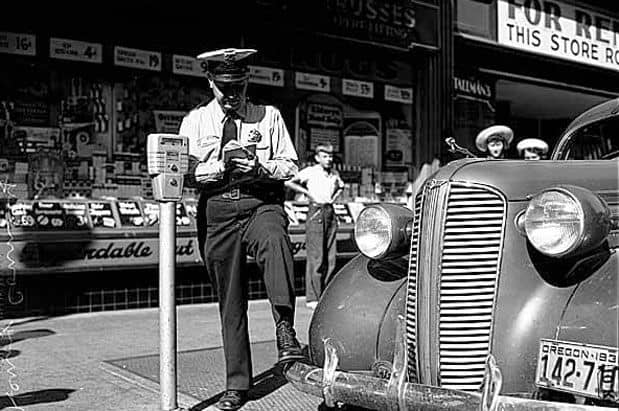 In a sense, I’m lucky that my morning commute is usually the distance between my laptop and my lap.

My wife walks to work most days, and we’re down to one car. We live in an apartment complex right next to a bus stop, and a few blocks from a local business district, small and boutique-ridden as it is. But we can easily walk or bus to get groceries and other necessities. In short, we’re living the sustainable dream. Sort of.

The car we have is still an essential tool. Commuting is often described in an old-fashioned way, as if people live their lives at two stationary points, home and office. Not true for many of us. It’s especially not true for folks who don’t work in an office per se: salespeople, inspectors, landscapers, carpenters, consultants, plumbers, reporters, social workers, homecare workers, cleaners, politicians. Even my wife, a psychotherapist, needs the car a couple of days a week for far-flung professional meetings. When you have to be in four or five places in a day for work, a car is generally your best bet. You can’t always choose where your colleagues, clients or classes are, or when meetings are held.

As a freelance writer who writes about the Northwest, I have many masters and have to get around to meetings and interviews at multiple locations. I try to keep my car use to a few days per week—so I schedule “travel days” and pick the transportation form most convenient for that time: often the bus, if meetings are downtown, or the car, if things are spread far and wide. I can’t do every interview by email, and all “shoe leather” reporting isn’t in places with regular bus service. I must sometimes meet with editors, producers and clients face-to-face, or use multiple research resources such as libraries, museums and archives (not everything is digital yet). A day might include having to be in Olympia, Seattle and Shelton, or the Central District, U District, Ballard, Pioneer Square and Eastlake. Doing it by car is highly efficient, if not always pleasant.

Driving downtown, especially, has become a nightmare, and it’s increasingly by design. I’ve come to hate it, but sometimes it’s a must, even with all its inconveniences. The other day, I had to go to a business lunch in Pioneer Square, and with the Bertha mess, construction, street alterations for the new streetcar line and the Weyerhaeuser headquarters going up in a former central parking lot, parking was practically nonexistent. Just trying to circle a block was a chore with all the closed lanes, one-way streets, etc. I came early, had left 10 or 15 minutes to find a space, gave up after 20 minutes and wound up getting the last space in a Diamond lot where the charge was more than $12 for an hour and a half.

At least someone is making money off the tunnel.

I don’t suffer from road rage, but maybe from…call it “existential parking nausea.” The price of parking is only part of the issue—not to mention paying money to Diamond. It’s the lack of availability of public parking that is frustrating. The city wants more bus rapid transit lanes, more multimodal streets. We’ve been turning street parking into bike lanes and bike stations, parklets and woonerfs (those pedestrian-friendly streets for traffic “calming” projects). The new First Hill streetcar line alone took out 270 parking spaces, according to The Seattle Times.

Seattle Department of Trans-portation director Scott Kubly told KING-TV earlier this year that a quarter of Seattle traffic congestion is people looking for parking. According to KING, between 2011 and 2015, Seattle has lost 1,380 paid public curbside parking spots. Kubly describes the elimination of parking in favor of bike and bus lanes as “pro-choice,” meaning making other means of getting around more viable, at the automobile’s expense. Is the language of the abortion debate best used in this context? Maybe not.

I understand that it’s better to drive less, and I do. I’m an Orca-card-carrying transit rider and walker, but I worry that the road diet we’re going on isn’t reflective of how many of us actually live and work here. Creating a parking scarcity is seen as good public policy and an opportunity for the private sector to fill its garages—if you can get to them. Theoretically, the garages have space, but the rates are often usurious, and space is not always easy to find.

Much ado has been made over the years about the public ownership and subsidy of the Pacific Place garage downtown, but that thing is a lifesaver for some of us. It has reasonable rates, your parking fee benefits the city, and it’s centrally located. You can park there and use the bus, walk or bike to get to meetings all over downtown, and then head off to wherever you need to get to next. Some folks sneer at the idea of public parking for a shopping mall, but I think it serves a real purpose and it prevents some people from simply giving up on downtown altogether. The fact that it’s an underground garage means it doesn’t use valuable surface or airspace for stashing autos.

I would hate to see parking in Seattle totally privatized. If the city is going to serve everyone, regular citizens in cars shouldn’t be singled out. How about the following policy be adopted simultaneously with road diets: Require all City of Seattle employees to pay for their parking downtown—no free zones, no hogging loading zones, no free employee parking, no exemptions.

That should include the mayor—now there’s another job you can’t do without driving sometimes, or being driven. Even green Mike McGinn, the “bike mayor,” couldn’t function as a truly carless mayor. If the mayor and City Council had to search for parking for every work-related stop and pay for it out of their own pockets and still make it to every meeting on time, perhaps there’d be more awareness of what many of the rest of us are experiencing.

People have claimed that there is a war on cars. It’s more like a glacier, slowly grinding down street parking in a city that has been dominated by cars for too long. I agree, we need to cut back, and the mayor’s commitment to making all modes work is well intended. But we have to be realistic about the pace of evolution, about helping the public get where it needs to go—even if that includes putting back some public parking.