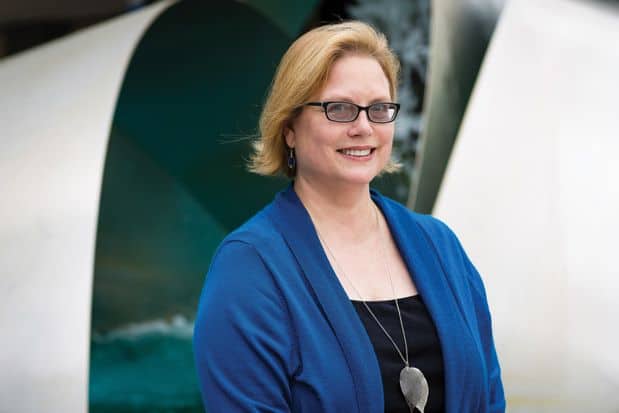 This article originally appeared in the November 2013 issue of Seattle Magazine.

Redmond resident Sara Gardner always knew she was different. She graduated second in her high school class, but had very few friends. She was accepted into the National Honor Society and earned a New York State Regents scholarship, and yet was never invited to parties nor had a clue as to how she might attempt to be invited. The answer came in the form of a diagnosis when she was 41 years old—autism spectrum disorder (ASD).

This news was a huge relief. She found she took comfort in the fact that she now had a tangible, documented diagnosis for that difference that had followed her around her whole life. Soon, however, her relief led to an emotional landslide and she sunk into a deep depression. “Oh no, I have a handicap; all this time I thought I was so smart,” she recalls thinking.

With the help of an Asperger syndrome* (see footnote) support group, however, her final stop on this poignant ride was acceptance. The time she spent in the group (of which she eventually became president) showed her just how easily she could fit in and connect with the ASD community because of the many things they shared. “We really understood each other and had had similar experiences,” she said. It was here that Gardner first found herself diving wholeheartedly into a cultural identity she never knew existed, or dreamed that she would fit into so seamlessly.

The idea of autism as a cultural identity has been gaining traction among some of the estimated 2 million individuals in the country with ASD. This shift in perspective became the subject of a public conversation in Seattle this summer, when the Washington chapter of the Autistic Self Advocacy Network (ASAN) criticized advertisements for Seattle Children’s Research Institute on the sides of Metro buses that featured the smiling face of a boy and the message “Let’s wipe out cancer, diabetes and autism in his lifetime.”

Local ASAN members objected to the way it reinforced the idea of autism as something tragic and undesirable to be eliminated. Chapter leader Matt Young, who is autistic, explained that this sort of sentiment is an attack on who he is as a person. Not only does he believe this point of view creates psychological harm, but that it can lead neurotypical (a term used by some in the autistic community to describe those with typical brain function) parents to pursue what he considers desperate measures to try to fix the perceived problem.

Young and others in the autism community believe the focus should be on acceptance and appreciation, which, among many other things, includes calling those with autism “autistic people,” not “people who have autism.” “Putting it front and center challenges the idea that there’s anything shameful about being portrayed as autistic,” Young says.

The change is coming from inside the autism community, says Annette Estes, director of the University of Washington Autism Center. “There are more people than ever before that are self-identified and identified as having autism spectrum disorder who are very eloquent and who have very good communication skills,” Estes says. In a still small subset of the autism community, networking and discussions are now less focused on cures or ways to become more “normal,” and centered more on how to successfully navigate a world not designed for them. The documentary Neurotypical, which aired this summer, showed how there is even, among some with ASD, a reverse snobbism about the limitations of being merely typical.

Disease, disability, identity—it’s more than semantics. And while most embrace the idea of a supportive culture, others worry that embracing autism as an identity encourages parents to forego important interventions that could make life easier and happier for their children. Phyllis Wheeler’s brother and two of her four children have been diagnosed with ASD. “I accepted it for a long time,” she says. “Then I read about some people whose kids had recovered.”

At that time, her son was just about to start high school and was on three psychotropic medications. She says he was full of negative emotion and failing the majority of his classes. She embraced an alternative supplements therapy that she says turned things around for him. “It’s not like he could suddenly relate to people, but he could do his work and he wasn’t full of all this hostility.”

Now both of her children are out of the house; one has graduated from community college, and the other is enrolled in a four-year college. It is upsetting for her to see parents ignore alternative therapies that could potentially lead to recovery. “If I had done none of these things for my children, they would be on disability,” she says.

Young and others agree that there should be intervention and therapies for the autistic. Living in a world full of people whose brains develop very differently from yours is clearly a challenge. Their qualms lie with the type of intervention, such as approaches made up of countless hours of therapy and intervention for young children in the hope of correcting or stamping out odd-looking behavior. Instead, they support the social model of therapy. For example, rather than forcing an autistic child to make eye contact because it is the “normal” thing to do, the therapist or parent should explain to them why it is important for neurotypicals to have eye contact.

Jill Irvin, a stay-at-home mom in Portland whose son is autistic, says that when he was first diagnosed at the age of 2 and a half, her focus was on a cure. She would create lessons to either teach him a skill or eliminate certain inappropriate behaviors, but she found this was stressful for them both. Years later, she found that the best approach was also to allow the occasional inappropriate “stimming,” a word that refers to self-stimulating behavior, such as jumping and singing. “For my kid, I’m attracted to the approach that says he can learn and have these behaviors,” says Irvin, who is launching Promoting Independent Experience (piepdx.org), an online volunteer job placement site and autism resource this fall. Irvin’s goal is for her son to eventually understand when certain behaviors are or are not socially acceptable.

The effects of autism are wide-ranging, which makes disagreement over how it should be viewed and treated even more prevalent. Lynn Vigo is a family therapist at Seattle Children’s Autism Center who has a 17-year-old daughter with autism. Her daughter is nonverbal, not fully toilet trained, cannot explain how she is feeling, and has ongoing struggles with her health and behavior.

“We have daily difficulties that require 24/7 oversight for her safety,” Vigo says. Because of that situation, Vigo’s feelings about the disability are in some ways different from Young and his peers. “She has autism,” Vigo says. “I do not like the term ‘autistic’ because it does not define her. She has autism the same way she has big brown eyes and asthma and dimples and no patience in her being. None of those things alone define her.”

While Sara Gardner, a program manager of the Autism Spectrum Navigators program at Bellevue College, learned as an adult why she had always felt different, it was her son’s childhood diagnosis with ASD that helped to form her views on how best to manage the condition. She connected with online groups that showed her how to emphasize and build on his strengths, rather than focusing on his deficits. She believes the positive feedback he has received both from her and others has allowed him to grow emotionally and attend DigiPen Institute of Technology.

Gardner remembers one positive moment in particular that came soon after she told him he had ASD. They were living in California at the time, and he was instant messaging with a friend in Seattle. He told his friend that he was on the autism spectrum and explained to her what that was. And she wrote back, “Well that doesn’t sound like a disability, that sounds like a gift.”