The Seattle founder of a social networking site for home brewers is poised for more pints. 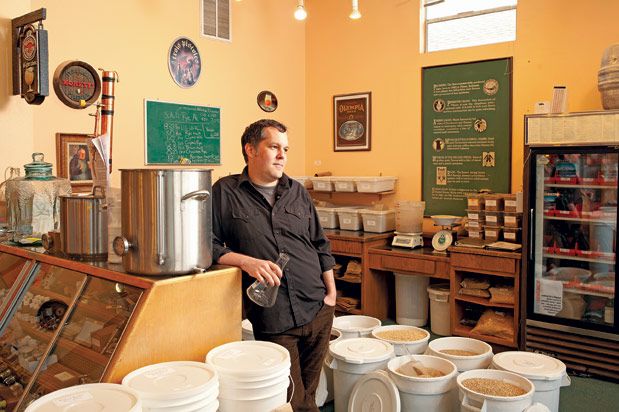 “I’m actually not that great of a brewer,” confesses Ballardite Todd Gehman, founder of the homebrew recipe sharing website Hopville (hopville.com). “I’m much better at making a site for brewers.”

He’s certainly right about the latter.

Launched in 2008, Hopville’s site traffic has roughly doubled each year since, and currently has 6,000 active users sharing nearly 100,000 recipes. For Gehman, 41, whose day job is writing software for local microfinance nonprofit Vittana, Hopville was an accidental undertaking.

In 1996, while working for Seattle do-it-yourself shop The Cellar Homebrew, Gehman developed a “beer calculator” tool to help brewers determine the amount of hops, yeast and other components needed to make specific beers. Four years ago, he gave Hopville its own domain and after exponential growth, he’s just released a redesigned, updated site, which follows the “freemium” model—everything, including the recipe calculator, is free to a certain point; brewers with large recipe collections will be asked to pay a yearly membership fee ($25).

“I’m definitely going to lose some users when I start charging,” he admits, “but the site will be twice as good.”