The 1920s were a big decade for Sunset Hill. The Sunset Hill Community Association (SHCA) formed in 1922, making it one of the city’s oldest neighborhood associations; its Craftsman clubhouse, for resident meetings, classes and events, came along in 1929. In 1927, the City of Seattle Parks Department designated the once private Golden Gardens as a public beach. Just south in central Ballard, Market Street was poised to claim its position as the commercial heart of Seattle’s northwest quadrant.

Nearly 100 years later, this waterfront community still gathers at the SHCA clubhouse, where active local groups meet over shared interests ranging from issues affecting Sunset Hill to yoga classes and a diving club. Golden Gardens is still the neighborhood’s shining star—a destination worthy of driving across town in summer traffic. And Ballard, having grown exponentially as a commercial district, is so densely populated that its borders seem to bleed into the neighborhoods farther north.

Sunset Hill echoes old Ballard’s charm while keeping those new dining and retail perks in close reach, but its proximity to Puget Sound is what makes this pocket neighborhood a prime destination for urban dwellers who crave a strong aquatic connection. The area is flanked to the west by captivating views: a steel-colored expanse that stretches from the waters of Shilshole Bay and Puget Sound to the sky, with Bainbridge Island and the Olympic Mountains between. Drive along Seaview Avenue NW from the Ballard Locks to Golden Gardens and just try to keep your eyes on the road. Here you’ll find Surf Ballard, where adventure seekers can take lessons and rent stand-up paddleboards and kayaks to plunk into the water just across the street. (Surfing is better on the coast, though you can rent gear for that, too.) Out front, Tortuga sells coffee drinks and baked goods out of a Winnebago from mid-May through mid-September. Un Bien slings some of the city’s best pork sandwiches in a hot pink shack next door.

Those same views can be seen from a bird’s-eye perspective at Sunset Hill Park, a pocket of greenery dotted with benches and picnic tables on 34th Avenue NW between NW 75th and 77th streets; it’s reminiscent of Queen Anne’s Kerry Park, but with far fewer tourists. 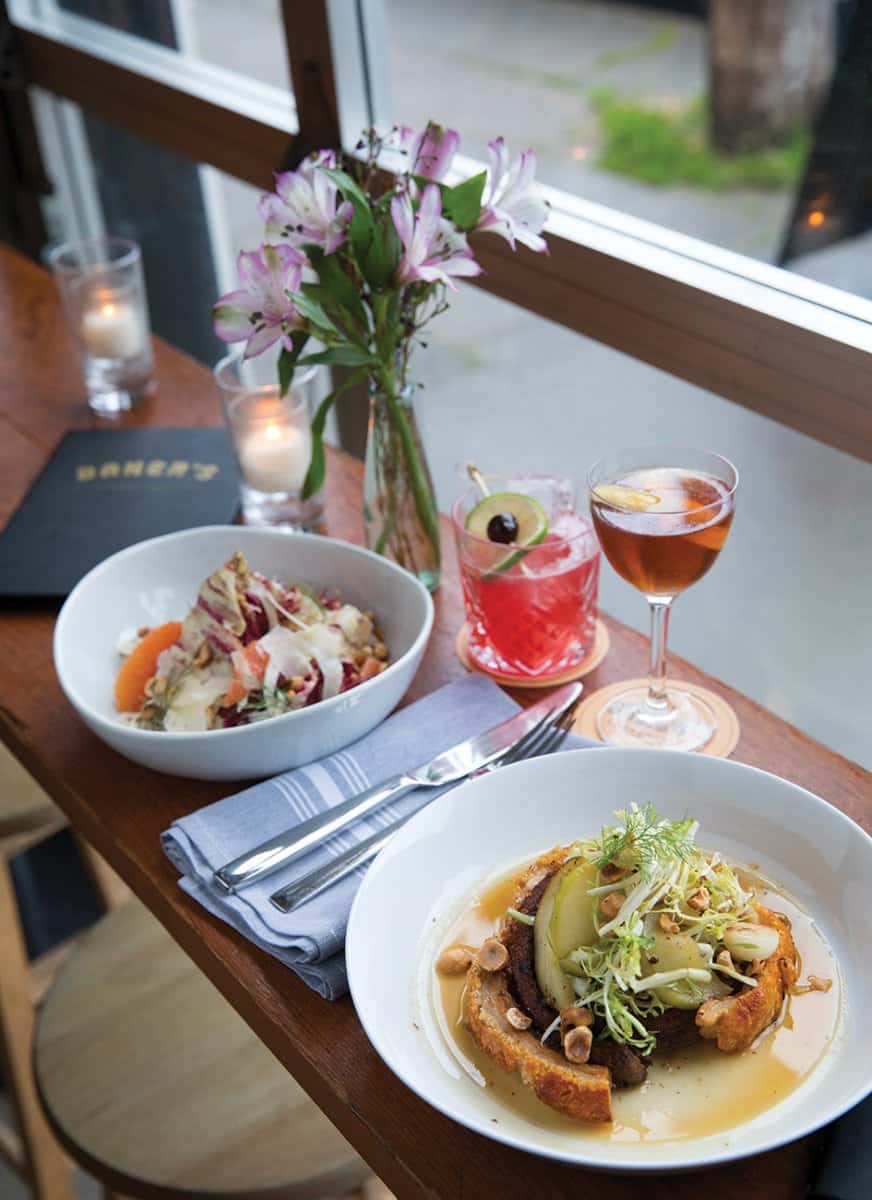 Cocktails and small plates at Baker’s.

The houses in this area run the gamut from petite brick Tudors straight out of a fairy tale to charming Craftsman homes. Real estate agent Brooke Davis with RE/MAX Metro Realty says these older homes (many of which have been updated and lovingly restored) have built the character of Sunset Hill. She talks, too, of the natural light inherent in many of the neighborhood’s houses: Southern and western exposures, due to the orientation of the hills, mean brighter indoors to combat that flat Seattle gray.

This article appears in print in the March 2020 issue, as part of the “Best Neighborhoods” cover story. Click here to subscribe. Whether you’re searching for your first house, a promising investment or the best place to raise a family, seeing your personality reflected in a neighborhood is just as important as making sure the home’s foundation…

This article appears in print in the March 2020 issue, as part of the “Best Neighborhoods” cover story. Click here to subscribe. InterbayExpedia’s newly opened waterfront campus is a shiny bellwether of things to come in this decreasingly industrial neighborhood, yet this strip separating Magnolia and Queen Anne has caught the attention of enterprising small-business owners, too….

Flight of Fancy: Locals love the new passenger terminal at Paine Field, as much for the luxe finishes as for the fast-moving security lines