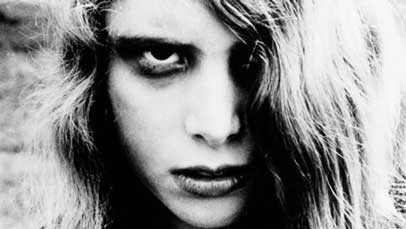 In case the weekend shut-ins among us need a little help rounding off the perfect horror movie marathon. (Watch at your own discretion – we can’t be responsible for any “accidents.”)

Listed in no particular order:

The Fly
You will never look at Jeff Goldblum the same way again.

Night of the Living Dead (1968)
The zombie movie that schooled the rest.

The Night of the Hunter
Robert Mitchum will actually make your skin crawl.

Let the Right One In
Sweet, arty, creepy.

The Ring or Ringu
Don’t expect to sleep anywhere near a television set for a few nights.

American Horror Story (on FX)
Scary as hell. Strangely, made by the same guy who created Glee.

Friday the 13th part II
Find out why Jason is killing people.

Saw
What a twist! (You can skip the sequels.)

West World
The animatronic cowboys are coming to life!

Twilight Zone (the original series, not the movie)
One ultimate existential crisis after another. Avoid watching alone.