The Best Taste Washington Game Plan? No Plan At All 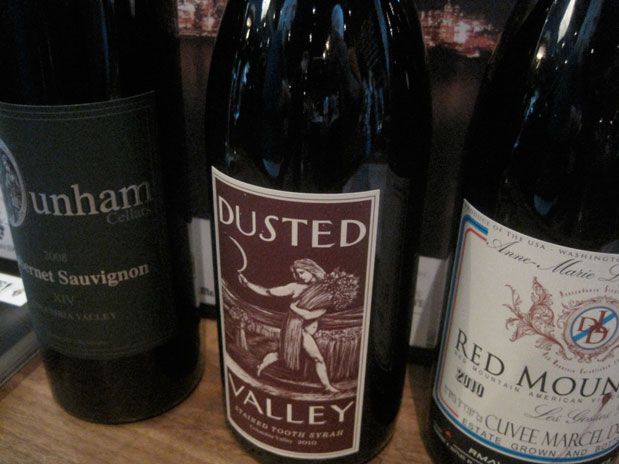 I’m a proud Taste Washington veteran, an old salt, you might even say. I was at the very first Taste, held in the cozy confines of the Paramount Theater back in the 1990s.

The industry was just a whisper then, fewer than 100 wineries. Now, just two decades later, it’s well worth shouting: Washington state wines kick booty! We’re more than 700 wineries strong, a growing number of growers are growing world class fruit. Hello, Napa Valley! You all should be shaking in your over-priced Gucci loafers!!

Have your doubts? Well, then you need to belly up to the epic sip-a-thon that is Taste Washington this weekend. Two days of tasting, in fact. I’m going Saturday and Sunday, hitting some of the stellar seminars and taking a seat during the afternoon to witness culinary chops of Seattle’s best chefs during the demos. Oh, yeah, and I’m also going to try a whole bunch of wine.

That’s my loose plan, anyway. But after going to this sensory spectacular for so many years, I’ve learned the best plan might be to have no plan at all.

In the past, I’ve made a solemn vow to try only labels that were new to me. Or, to start with whites and gradually move onto reds, but wait! There’s Betz Family Winery and I’ll be darned if I’m going to walk by without trying the lovely syrah or whatever Mr. B is pouring. Yes, that’s one of the coolest things about Taste Washington: the actual winemaker is very often the one pouring you a sample.

Rick and Darcy Small from Woodward Canyon are always there. Say hi to Marty Clubb from L’Ecole. Give Merf a fist bump when he pours you some of Northstar’s dynamite Merlot. Chris Sparkman’s cracking wise.

Now, where was I? Oh, right. Let me get back to the whites. Yeah, hang on a tic. I can’t miss taking a slight detour to visit with some of the state’s greatest growers, there at the event, represented by a slew of incredible wines made with their fruit. There’s Patricia and David Gelles, not far from Dick Champoux and his crew. They’re just as nice as pie and tickled to talk terrior with you.

By the time the event winds down, my jaw is sore from jabbering, my teeth are stained red – I’ll get to the whites another day – and my feet are killing me from walking back and forth in the football field size space, up and down and all around. I’m usually exhausted and exhilarated after finding some new favorites and reaffirming my admiration for the old reliables.

Crafting a well-mapped route for Taste Washington might be much more efficient, that’s true. But it wouldn’t be nearly as much fun.

Oh, and one final thought: Spit! It might seem strange, but you’ll be able to taste more at Taste if you do.

Here’s a video of Wine World’s David LeClaire offering tips on how to spit at wine tastings: