Can You Tiger Mom a Preschooler? 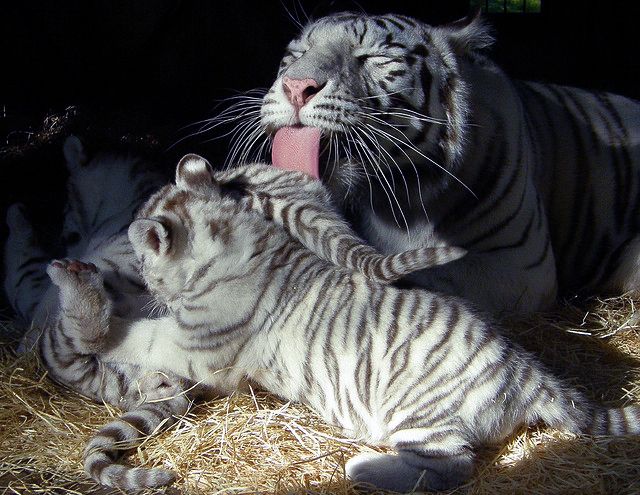 Some days, I suck at being a tiger mom. It simply requires more attention to monitoring my daughter’s work than I have time to devote. On those days when I let my daughter watch TV instead of practice writing letters and numbers, the self-flogging kicks in and, perhaps irrationally, I fret that the one, two or even three missed practice sessions somehow will mean the difference between another year of preschool or early entrance into kindergarten.

Meilee has an October birthday, which means that she technically can’t go to kindergarten until fall 2012 unless she gets screened and tested for kindergarten readiness. I believe Meilee will be ready for kindergarten by fall 2011, so I have made it a family goal to help Meilee prepare for her screening.

If you look at the expression on Meilee’s face in the photo (see below), it suggests she thinks I’m meeting out death by alphabet. We had a heated debate about why she needs to practice writing her letters. I have tried stoking her competitive streak by reminding her that her cousin Lucie will start kindergarten this fall and it’d be no fun not to be in kindergarten at the same time – not that they’d attend the same school.

On this day, I had written the words “the cat and the hat” on Meilee’s notebook paper and asked her to copy the line and start memorizing how to spell those particular words. The purpose was to help her write common three-letter words and practice spacing between words. No matter what I said or how I said it, she couldn’t understand the concept of spacing between words. She whined, cried, complained, but I insisted she remain in her place and persist.

At one point, Meilee replied to my exhortation for her to focus on the task at hand: “There’s something in my head distracting me. Playing. I’m thinking about playing. And it won’t wiggle out of my head.”

It was all I could do not to laugh, turn “soft” and let her run off to play. I had to push myself to continue to push her.

Every time Meilee and I have a spirited debate about her practice sessions, I become keenly aware of my nagging voice. I get tired of hearing myself, the sound of sternness and structure overpowering all else. Meilee think it’s torture: “It makes me feel a little sad, a little happy and a little mad. It’s unfair.”

I do question whether all this is worth it, especially on those days when family and work collide, forcing me to shove tiger mom aside in order to get through the day in one piece. But then something clicks for Meilee. After more than an hour of practicing “the cat and the hat,” Meilee finally was able to write the line with spaces between the words.

Four-year-old Meilee Riddle scowls at having to practice her writing.