Citizen Science: How to be Your Own Research Project

Health research is stretching out from academic labs into home kitchens, living rooms and bathrooms 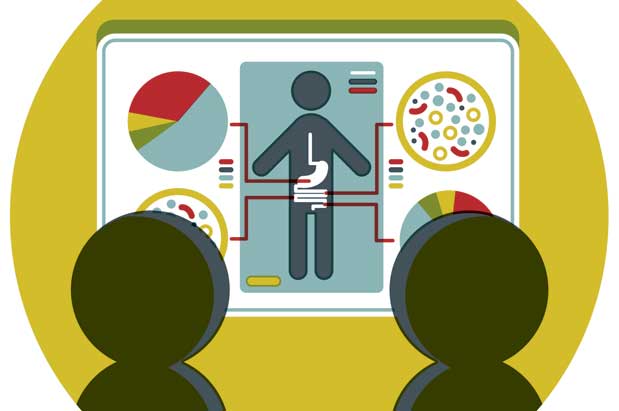 Richard Sprague keeps samples of his own feces, in the family freezer, so he can send them to a Stanford University laboratory. Some days he tries to improve his sleep by swallowing potato starch to feed a certain population of microbes in his gut. Lately, he’s been studying his brain acuity every morning to see if changes in his diet can influence it.

A 52-year-old father of three and an ex-Microsoft manager who lives on Mercer Island, Sprague is a volunteer, among thousands of others, in a movement called “citizen science.”

You may have heard of citizen scientists playing games online to comb through data on neurons or proteins. Some track wildflower blooms or count birds (one estimate puts a value of $2.5 billion per year on the contributions of citizen scientists in just the environmental field). These nature lovers and math whizzes were certainly among the 600 attendees at the first conference of the new Citizen Science Association in San Jose, California, in February. But Sprague and others who track and share very personal health-related data also belong under the same big tent.

Often known as quantified selfers or QSers, these men and women track their steps, diet, blood pressure, sleep and other data, and share it online or at gatherings. It’s probably no surprise in tech-obsessed Seattle, that around 750 locals belong to the Quantified Self Meetup group.

But even among this oversharing crowd, Sprague still gets extra credit. He blogs regularly (blog.richardsprague.com) about the ways he experiments to make changes in what’s called his microbiome, the colony of microorganisms that live in the human gut. At a QS meetup in South Lake Union earlier this year, he shared a PowerPoint presentation about his gut microbe. He has tested his feces more than five times with the test-by-mail group uBiome since 2013. On his blog, he has posted “how to” guides for using Excel to organize raw data from the testing.

“I was intrigued when I first heard of uBiome on Indiegogo,” Sprague says about the San Francisco–based crowdfunding website, where uBiome organizers first raised money in 2013 to allow direct-to-consumer tests of stool samples, as well as skin, genitals, nose and mouth via swab samples. The most basic gut test runs $89, with a package of five body sites for $399. Participants are asked whether they wish to share their results, and many do. They get online access to a dashboard that shows the different families of microbes in their sample—compared with other people in general categories. For example, your gut microbes may be compared with data from participants who eat a vegetarian diet or who say they are heavy drinkers of alcohol.

Sprague is a tall, wiry and self-described healthy guy who says his interest in the microbiome is not about changing his own health, but more about learning new things about our collective well-being. And because he is an entrepreneur, he hopes to develop a mobile app to help others analyze their health.

For Sprague, who worked at Microsoft for 15 years, sharing information about his gut does not raise privacy worries. “I’m a great believer that we are all better off if we share,” he says. “The downside risk is some bad guy comes and smashes in your house.
But the upside is pretty incredible.” He draws the limit on sharing anything, such as genome data, that would reveal information about his family.

If you wonder why anyone, including Sprague, is so curious about his or her gut critters, there have been some intriguing academic findings in recent years. Researchers have published studies noting differences between healthy gut microbes and those for people with diseases such as diabetes and Crohn’s. Unofficially, the Internet is loaded with claims linking an “unhealthy” microbiome to depression, autism, obesity and other health concerns. So far, the only official microbiome treatment is “fecal transplant” (via colonoscopy), which the Food and Drug Administration has approved for patients suffering from a debilitating and difficult-to-treat infection know as C. difficile. The transplant appears to reset the patient’s microbiome.

In March, Sprague volunteered for a Stanford University clinical research study that requires him to freeze and send stool samples weekly for nine months. This is the first time his samples will be used in an academic study. Typical academic research studies use smaller, controlled groups, but some researchers see potential for “dipping” into the volunteers’ data pool. And at American Gut, another crowdfunded testing group, some data is open for sharing with any analyst.

During the February Citizen Science conference, a panel of microbiologists and nonscientists debated how and why microbiome insights may blossom faster if volunteers provide thousands of samples. One commenter says “there are many tracks” and no single right way to study the many biomes we are discovering.

Critics of such personal exploration of the microbiome point out that science does not have a clear “normal” established yet for what should grow in a healthy human gut. They further argue that some of the testing offered by uBiome and American Gut could be misleading—not intentionally, but because the testing is done with a truncated kind of sequencing. Some scientists worry that we don’t know enough about all the different kinds of bacteria and fungi associated with humans to be sure we are identifying them accurately. As one microbiologist said, we are identifying “who” is in your gut without knowing “what” they are doing.

Researcher Jonathan Eisen of University of California, Davis has taken to blogging about what he calls “overselling the microbiome,” and regularly critiques news reports, such as a recent one claiming we choose our mates based on the microbes of their mouths. But even if some claims are premature, it is clear that the millions of microscopic critters that inhabit our bodies are going to be big players in our collective medical future. And in the era of social media and widely available testing and tracking technology, citizen scientists may be adding valuable insights into exactly how.