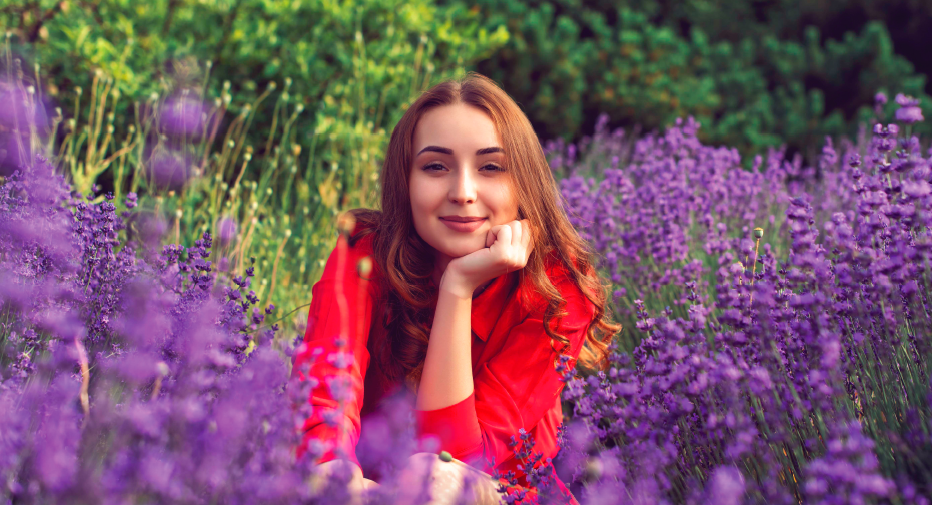 If you’re seeking influencer status on your social media channels or merely want to shake things up, consider Thurston County. Yes, you read that right.

If you’re looking for nature, consider Evergreen Valley Lavender Farm. Also consider the trails at Tumwater Falls and Millersylvania State Park, or head on over to the Woodard Bay Conservation Area.

View the water and the Olympic Mountains from Swantown Marina & Boatworks or Billy Frank Jr. Park at NorthPoint. Percival Landing provides some interesting camera angles from the marina, park and walkways. You can never go wrong on the steps of the state capitol, and Tenino’s historic sandstone buildings and quarry pool offer textures and shadows.

If you haven’t visited Olympia for a day trip lately, you may be surprised at the number of murals dotted across the city, including superheroes and salmon. The Yelm Graffiti Wall is also a local gem.

And here are a few tips from Olympia photographers Stevie Simone of Enchanted Memories Photography and Gloria Towne of All Around Photography/Towne Studios to improve those cell phone photos:

• Use the manual mode.

• The light source should ideally be at a 45-degree angle and behind the subject.

• Pay attention to angle lines that lead toward the subject, including trees, pathways or railings.

• Using the portrait mode to soften the background will focus attention on the subject.

This should help your shares, links and likes. – Rob Smith

Hikers, bikers and campers have a new app at their disposal to help them avoid crowds, read travel conditions and bypass traffic jams in the Wenatchee, Chelan and Leavenworth areas.

Central Washington’s TREAD Map App reports on trail conditions, parking lots and other recreational information. The new app was developed with the help of a Wenatchee Valley nonprofit organization called TREAD (Trails, Recreation, Education, Advocacy
and Development). The app gives users information in real time and allows them to share that with others.

The app gives alerts for all kinds of conditions, including wildfires, downed trees and muddy trails. It provides details on hiking, mountain biking, off-road, horseback riding and dogs, as well as winter sports including skiing conditions and snowmobile conditions.

Lyons says the app has generated interest from officials in other areas of the state as well.

Alli Shircliff’s passion for nutrition dates back to her fourth-grade health class. Since then, she’s become somewhat of a celebrity through numerous TV appearances after an eight-year stint working in nutrition research at the University of Washington.

The Burien resident recently published her first book, “The Smoothie Book,” a collection of sweet, savory and unusual recipes (black beans?) with a focus on nutrition. Shircliff’s motivation for the book stemmed from her husband’s busy schedule: He just didn’t have time for breakfast.

“And I said, well, I’m going to make time for a smoothie breakfast.” She posted pictures and recipes on social media and, after a year, realized she had enough material and interest for a book.

The book’s recipes contain many of the usual suspects, but Shircliff has also created some unique concoctions, using her neighbors and her neighbor’s kids as taste-testers. Many recipes don’t include bananas “because I have friends that really despise bananas.” Some include pea protein powder. One, a chocolate brownie smoothie, involves black beans and cocoa powder. “You don’t even know the beans are in there,” she says. Others include jackfruit, dried plums, grapes and maple syrup.

Shircliff has appeared on the Home Shopping Network four times and was a judge on a cooking show on The CW Network for a season. She has a monthly stint on “Portland Afternoon Live” on KATU-TV, the city’s ABC affiliate. She also hosts a weekly nutrition show on YouTube. She previously worked for Allrecipes.com

Shircliff is known for smoothies now, but her ambitions run much deeper. She’s a nutritionist at heart, and hopes to land her own TV show. “If I could have a cooking or wellness show with guests, that would be just awe-some,” she says. “Or even if I’m just part of a show.”

Couple brings a taste of France to South Park

Attorney Carol Bailey and Dr. Steve Medwell have opened The Princess and The Bear in the South Park neighborhood just west of Boeing Field. The wines are made mostly by women and are not available anywhere else in the United States.

“These delicious small-batch wines and the amazing artisanal winemakers, which we discovered by chance, have become our passion,” Bailey says.

Medwell says The Princess and The Bear is the lone company in the U.S. importing only French wines from the Languedoc-Roussillon region in southern France. Many of the small-batch wines are priced under $30. The couple hand-selected all the wines.

“In the last 20 years, winemakers have come from all over the world to make wine in this region because the geography is so uniquely varied,” Bailey adds. “Each grape has its favorite terroir and tells the story of the land.” – Rob Smith

Another Win for Wine

State gains new viticultural area, its fifth in the past year

Washington’s glowing reputation as a state known for wine just got stronger with the addition of a new American Viticultural Area (AVA).

Goose Gap contains 8,129 acres and is located within the Yakima Valley AVA and the larger Columbia Valley AVA. Goose Gap consists of 16 grape varieties across 1,800 acres. The fruit is sold to more than 20 wineries.

“Our family started farming in the Columbia Valley in the early 1900s and we always knew Goose Gap was a special site,” says Bill Monson, president of Goose Ridge Estate Vineyards & Winery, the only winery located within this AVA. “This area has a unique microclimate. We often watch rain clouds and fog maneuver around Goose Mountain avoiding the vineyards planted at the top.”

Goose Gap is Washington’s 19th AVA, and comes on the heels of The Burn of Columbia Valley and White Bluffs in mid-June, and Royal Slope and Candy Mountain last September.

Washington is the second-largest wine producing state in the nation, according to industry association Washington Wine, with more than 1,000 wineries making almost 18 million cases yearly. The annual economic impact of the wine industry is $8.4 billion. – Rob Smith

A sea of orange will flood Seattle Center next month as the 17th annual Great Pumpkin Beer Festival returns after being held virtually last year.

The pumpkin-packed event features more than 80 pumpkin-themed and seasonal beers, including more than 20 from event sponsor Elysian Brewing. Attendees are encouraged to embrace the pumpkin theme by wearing orange.

During the event, a giant, several-hundred-pound pumpkin is scooped, scorched, filled with pumpkin beer, sealed, conditioned and then tapped. The event also features food trucks, the Chaotic Noise Marching Corps and several DJs. All profits go to nonprofit The Vera Project, a music venue, screen print shop, recording studio and art gallery focused on collaborative engagement in music and art.

Former Canlis chefs Grace Bryan and Kameron Kurashima have traded in city life with the opening of a new bakery in the oceanfront resort town of Seabrook on the Washington coast.

“When the opportunity to open this bakery came along, the pandemic was just proving to us that we could live almost anywhere and still be happy,” Bryan says. “What happier place is there than Seabrook?” Bryan and Kurashima met while working at Canlis.

Both have Japanese and Seattle roots. – Rob Smith