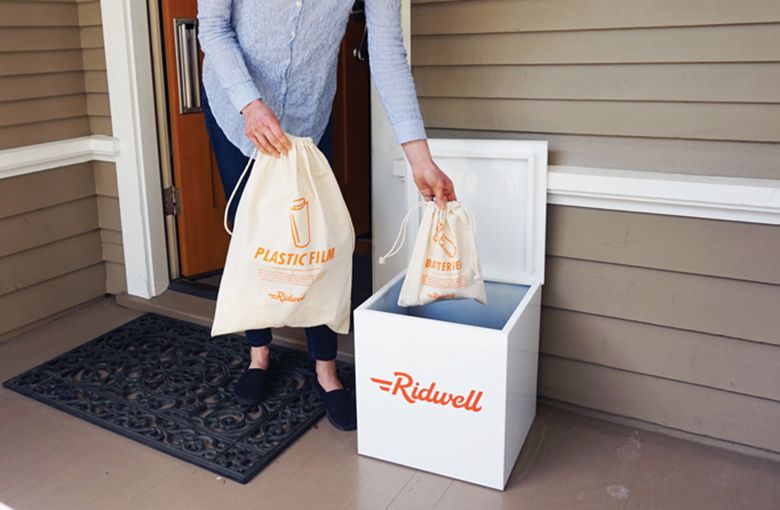 “Wasting less, made easy” is the simple slogan of Ridwell, a Queen Anne-based service that recycles items such as batteries, light bulbs and textiles not typically accepted by existing recycling services. Local businessman Ryan Metzger had the idea for the service after his young son, Owen, began wondering what happened to dead batteries—a question Metzger couldn’t answer. The subscription-based, curbside service accepts four types of hard-to-recycle items: batteries, light bulbs, plastic film (such as Ziploc bags and Bubble Wrap), and textiles such as fabric and shoes. It also offers periodic pick ups of a rotating fifth category, such as oral care products, corks and eyewear.

Customers can subscribe to the service for a 3- to 12- month period at $10–$14 a month, options that Metzger says have attracted more than 1,000 subscribers so far. While the business is still in its infancy, his small team is excited by the prospect of a statewide expansion that could create jobs, encourage business collaboration and, most importantly, lead to less waste.