By Edited and Condensed by Emma Franke As summer heats up and the annual festivals approach, we sat down with Eric Corning, interim president and CEO of Seafair, to catch up on what’s hot this summer and to learn more about the history of the group that has been a signature part of Seattle since 1950.

How did Seafair become such a signature part of Seattle summers?
Seafair started in 1950. Walter Van Camp was producing festivals in Minnesota, and 17 businessmen brought him out to Seattle. In that very first festival, they had King Neptune, the clowns, pirates, the commodores and the torchlight parade.  The Green Lake Aqua Theater was built in just 75 days to host the annual Seafair Aqua Follies shows.  In the second year, the Gold Cup race was added, and so hydroplane racing became part of Seafair. The torchlight parade and Seafair characters have stayed on from the beginning, and as time went on, we added the torchlight run and the milk carton derby.  Our community events are also a longtime tradition including the Seafair Chinatown Parade, the Seafair Greenwood parade and the Ballard Seafood Fest. In the past, we have held a fishing derby, and pirates used to burn a ship on Elliott Bay each summer… I don’t think the Coast Guard would allow us to do that anymore. 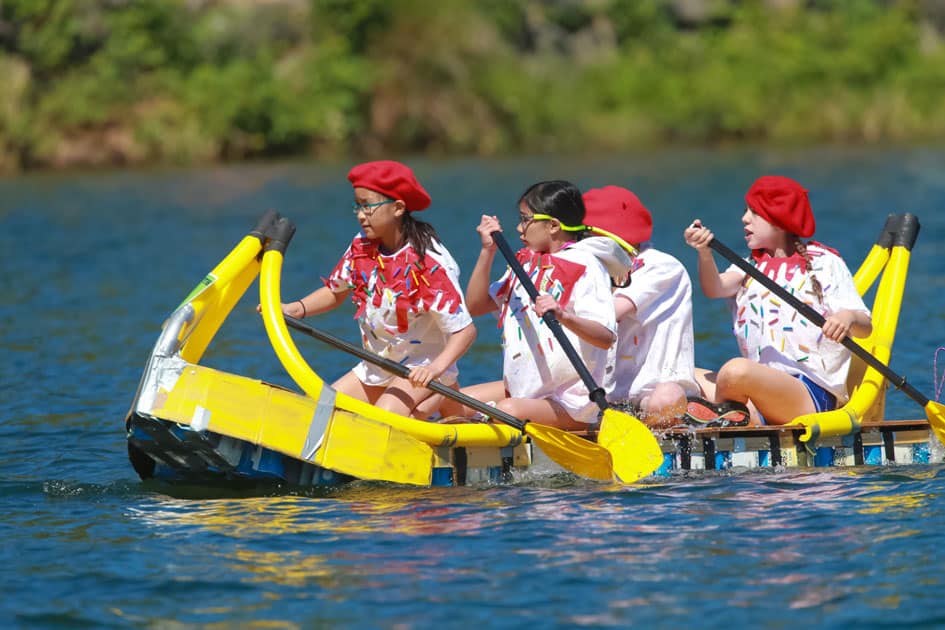 In your own words, what does Seafair mean to the Seattle community?
Seafair is summer.  All summer, Seafair presents this distinctly Seattle celebration. More than 2 and a half million guests enjoy the 40 events. Free and affordable family entertainment. When the warmer season arrives, people of all ages and communities gather and delight in Seafair events that celebrate our city, its personality, and unique identity.

What is something not everyone knows about Seafair?
First, that we are a non-profit organization that offers a wide variety of free and affordable family entertainment that we produce each summer.  We offer over 40 events, including many community events, that in total touch more than 2.5 million people.  Another thing I’m not sure people realize is that we put on the Seafair Summer 4th Fireworks show on Lake Union each year and Seattle Fleet Week on the Seattle Waterfront with the US Navy and US Coast Guard ships. We produce an event at Seattle Center called Torchlight FanFest for families to preview the Torchlight parade with an up-close view of the Floats, performances from the Navy Band, and encounters with the Seafair Pirates and Seafair Clowns.  All summer Seafair showcases the community creating opportunities for families to watch and interact and enjoy the festival on the personal level.

What’s new at the official Seafair Weekend this summer?
The Blue Angels are back this year, flying at 3 p.m. (a little later than past years). They will again fly over Lake Washington. We have a vintage car show on Saturday August 3, where cars will be lined up on Lake Washington Boulevard. Boat racing will happen just offshore from where the cars are. This is the inaugural Seafair Car Show, and we are hoping to make it an annual event.  We’ll also have a large video wall in Genesee Park bringing the action on the water and in the air closer to those in the park.

We will have three classes of boat racing this year —kids will race up to 40 mph in the JBoats Class. In the next class the E350’s will race up to about 115 mph on Lake Washington, and the “Unlimiteds” are the jet turbine engine powered race boats you will see racing up to 200 mph. We also have four vintage unlimited hydroplanes, including the Atlas Van Lines Chip Hanauer drove back in the ‘70s and ‘80s.

The U.S. Army Golden Knights will be joining us this year. They are the army’s elite parachuting team. They jump from over 10,000 feet above Lake Washington and will land down in Genesee Park.

The Seafair Weekend Festival, August 2 through 4 at Genesee Park, will include food, beer gardens, music, flight simulators, and robotics demonstrations.  There will also be professional wakeboarding demonstrations and Monster Energy will bring their BMX show to the South Turn.

What does Seafair mean to you?
Seafair means family, tradition, fun, awe, surprise and delight.  The traditions that that were created 70 years ago continue to provide a platform for our communities to celebrate together each summer.