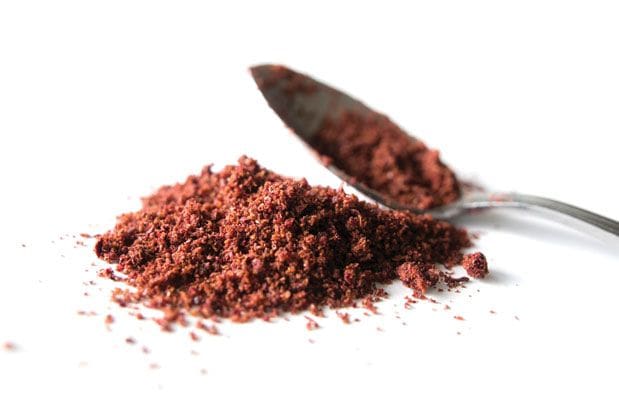 Yes, sumac is a small tree. But that tree bears bright red berry-like fruit, which is crushed into coarse powder the color of brick. In this form, sumac is the paprika of Middle Eastern cooking. It’s an essential ingredient that chef Rajah Gargour relies on daily in the kitchen at Cafe Munir, the wildly flavorful Ballard restaurant that has garnered rave reviews since its debut last year. Sumac adds color and an almost citrus-like zest, even a bit of crunch. 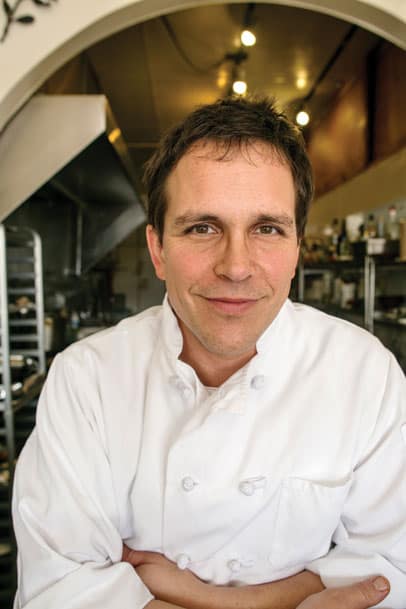 “We use two kinds: One is a coarse ground, and the other is a powder, which we use when we want to add color and flavor,” says Gargour, who previously cooked at Serafina, the Phinney Market, Szmania and Marco’s Supperclub.

The coarse sumac brightens up eggs and gives character to spinach fatayers, a turnover-like pastry. “We use it in vinaigrettes, in our msakkhan (a classic Palestinian chicken dish),” he says. “It adds a lemony tang to salads and is a colorful, tasty garnish. It’s an essential part of za’atar, the ubiquitous spice mixture that’s often used in marinades and rubs.” The kitchen also sprinkles it on thinly sliced onions that accompany grilled meats. “I can’t imagine cooking without it,” Gargour says.

Where he buys it: Gargour buys sumac at Goodies Mediterranean Market (13721 Lake City Way NE; 206.362.2694; goodiesmedmarket.com), a snug shop in Lake City that carries an extensive selection of products from Turkey, Lebanon and the rest of the Middle East, including a wide variety of breads and fresh pastries on the weekends. Like markets in that part of the world, it sells sumac in bulk as well as in small packages.

How he uses it: In the bright, well-balanced salad known as fatoush, sumac brings depth to the vibrantly dressed mixture of tomatoes, cucumbers, greens and bread. Get Chef Gargour’s fatoush recipe.