Kick off the season with the best on the dance floor 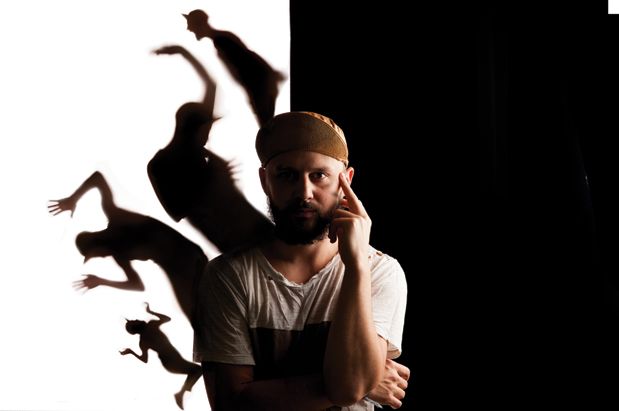 Seattle choreographer, dancer, and performance and visual artist Ezra Dickinson is a familiar and always arresting presence, whether dancing on Seattle’s stages or on its gritty downtown streets. A standout performer in the Seattle-based Maureen Whiting Dance Company and co-director of The Offshore Project dance group, the ballet-trained Dickinson’s solo work has more recently focused on the role his paranoid schizophrenic yet devoted mother played in the development of his imaginative, creative self.

In 2013, he gained critical praise performing a powerful stealth dance work on the streets and sidewalks of downtown Seattle, titled Mother for You I Made This, which was inspired by his childhood memories of simultaneously being raised by and caring for her. Dickinson performs his new work, Psychic Radio Star (a term his mother once used to describe herself), as a dance and large-scale installation that incorporates painting, animation, sculpture and spatial design to continue his ongoing exploration of this subject.

“It will process my evolving relationship with my mother while encouraging healing and constructive conversation around the failed mental health care system in America.”

The show is based upon memories of his mother’s evocative language and the way words can distort and heighten our sense of reality. Through a sober recounting of a touching, painful and humorous personal experience, Dickinson takes on the notion of family, the nature of social stigma, and the strange connections between mental illness and the artistic practice. 11/3–11/6. Times and prices vary. On the Boards, 100 W Roy St.; 206.217.9886; ontheboards.org

The best in Dance

(Modern) Zoe Juniper
10/20–10/23 Choreographer Zoe Scofield and videographer Juniper Shuey return to On the Boards with a powerful and visually arresting search for redemption. The duo has incorporated the uniquely American folk tradition of shape note singing into their latest physically demanding work. Singers join the dancers and vice versa in a fascinating realm of constantly shifting perspectives. Times and prices vary. On the Boards, Queen Anne,100 W Roy St.; 206.217.9886; ontheboards.org

(Modern) Rachael Lincoln
10/26–11/6 Choreographer Rachael Lincoln’s new work An Attic an Exit, performed by Lincoln and collaborator Leslie Seiters, is a highly physical duet revealing two characters traveling through five scenes within the confinement of a room. Puzzles and clues are offered and deciphered: hanging suit coats, a recurring precipice, levitating geometry, a trail of flour, and the manipulation of salt, saucers and silverware take the audience on a haunting and delightful ride. Times and prices vary. ACT Theatre, downtown, 700 Union St.; 206.292.7676; acttheatre.org

(Modern) Mary Sheldon Scott
11/3–11/6 Commissioned, presented and produced through Velocity’s Made in Seattle program, The Solo(s) Project is a multimedia research concept by choreographer/visual artist Mary Sheldon Scott with composer Jarrad Powell. Scott examines the nature of the solo and how to tell a compelling story about a single person. As Scott puts it, “It’s like a book of short stories for eight extraordinary performers.” Soloists featured in the work are dancers Corrie Befort, Jade Solomon Curtis, Alice Gosti, Mark Haim, Jim Kent and Linsyanne Owen. Times and prices vary. Velocity Dance Center, Capitol Hill, 1621 12th Ave., No. 100; 206.325.8773; velocitydancecenter.org

(Persian/opera) Mark Morris Dance Group with The Silk Road Ensemble
10/6–10/8 Layla and Majnun is an original dance and live music production based on an ancient Persian tale well known in the Islamic world and the subject of its first opera, by composer Uzeyir Hajibeyli. The work will explore the themes of love, madness and mysticism through Mark Morris’ lyrical choreography and feature popular Azerbaijani singers Alim Qasimov and Fargana Qasimova, the vibrant musicality of The Silk Road Ensemble and the striking visual palette of British painter Howard Hodgkin. Times and prices vary. Meany Hall, University of Washington campus, 4140 George Washington Lane NE; 206.543.5880; meanycenter.org