Does Shanik Live up to the Hype?

With Shanik now open in SLU, is the legendary Vij's still worth the trip? 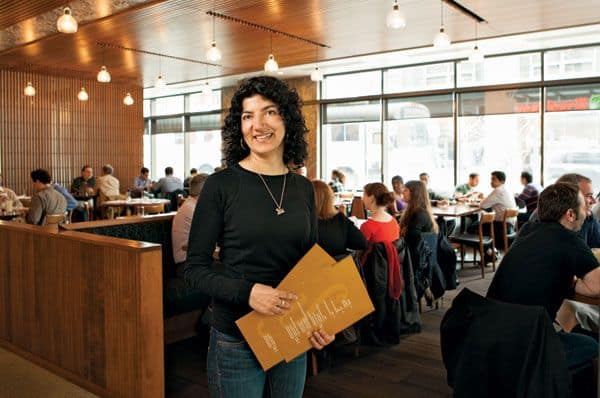 The anticipation began a year ago when word leaked that Meeru Dhalwala had plans to open a sibling restaurant in South Lake Union, to be called Shanik, named for the couple’s daughter. Dhalwala is chef and co-owner with Vikram Vij of Vancouver’s acclaimed Indian mecca, Vij’s, and its more casual restaurant/takeout spot next door, Rangoli.

This was a big deal.

I know folks who make regular pilgrimages across the border just to eat at Vij’s, which has been lauded by The New York Times and Saveur. Finally, in early December, Shanik’s doors opened.

And then…they shut. OK, not exactly. That first weekend was what industry insiders know as a “soft opening”: friends, family and select media are invited to dine—gratis—while the kitchen staff experiences the rush and chaos of cooking for a full house for the first time. It’s a chance to iron out the kinks. As at Vij’s, Dhalwala staffs Shanik with women who are home cooks (rather than professionals) whom she trains herself. Sadly, many of Dhalwala’s staff quit soon after they found that public transport and long hours were more than they could bear—and replacing them wasn’t easy. Shanik was off to a rocky start.

And it faced an uphill battle. Nobody mentions Shanik without dropping Vij’s name in the same breath. Could the Seattle sibling hope to live up to the Vancouver legend, a finely tuned restaurant with nearly 20 years under its belt?

I enjoyed two dinners at the sophisticated Shanik, where honey-toned wood slats add texture to the ceiling, but overall, the dining room is a bit generic, a bit bottom-floor-of-a-condo in its look. Service, though, is warm and generous, attentive and careful; diners are offered fragrant chai tea and warm pakoras as they settle in. And the food here is altogether delicious—some dishes truly shine and were impressive enough for us to include in our Best Restaurants issue last month.

But dining at Shanik can also be somewhat unpredictable. On the up side: paneer—a house-made cheese ($13)—arrives layered with a stunningly bright, fragrant tomato and sweet onion sauté. And grilled chicken ($31), here so much more than grilled chicken: tender from its marinade and brought to life with a saffron-tinged curry sauce. The lamb popsicles ($27)—probably the dish Vij’s is best known for—arrive as three lamb chops cooked to a perfect pink middle atop a soft tangle of spinach and awash in decadent turmeric curry (even so, this is a lighter variation on the original recipe). On one visit I couldn’t stop spooning up that sauce, on another visit the flavors didn’t quite meld. This was true of several dishes; the high points were inconsistent.

I couldn’t help but wonder whether the same would be true at Vij’s. I’d never been, so the comparisons nagged at me. How would I know if Shanik stacked up if I didn’t have a baseline opinion on Vij’s? And was the food at Vij’s even as good as everyone was saying, or was it a case of the myth taking on a life of its own in diners’ halcyon memories? And so in late February, I set off for Vancouver. I needed to taste the food at Vij’s in order to better judge Shanik.

At Vij’s, servers sweep through the room—lit with carved metal lanterns that spin candlelight as they gently sway—while Vikram Vij charms regulars, stopping by to make jokes. There, the flavors are so sure and pure, round and true that there’s a harmony in the way they play on the tongue. The bold thrumming of chile heat, the high note of cardamom, a sting of ginger, the tempering quality of thick yogurt or coconut cream, soft as a blanket. The lamb popsicles—a dish so highly renowned that they were almost sure to disappoint—were just…wow. Tender, gamey, wearing the turmeric curry of my dreams. Equally enthralling: lush sablefish grilled and perched in a bowl of spiced tomato-yogurt broth with perfectly cooked navy beans. This is food so good that it makes you feel a little bit high.

Still, as at Shanik, there was a problem: the “naan.” At both restaurants, what passes as naan is actually a griddled flatbread instead of the puffy, airy, chewy, tender bread cooked in a tandoor oven. Vij’s is flakier and far less dense than the “naan” at Shanik—Shanik’s is doughy, yeasty and limp.

But here is where I tell you to discard everything I’ve just said.

Having tasted Dhalwala’s handiwork at Vij’s, I have faith that Shanik is simply getting its sea legs. The recipes for which Dhalwala has become rightly famous–the ones I tasted at Vij’s–are nothing short of brilliant. I feel sure that, given a little more time, the curries that are just a little off at Shanik will one day ring true.