Rejoice in the return of summer drinking. 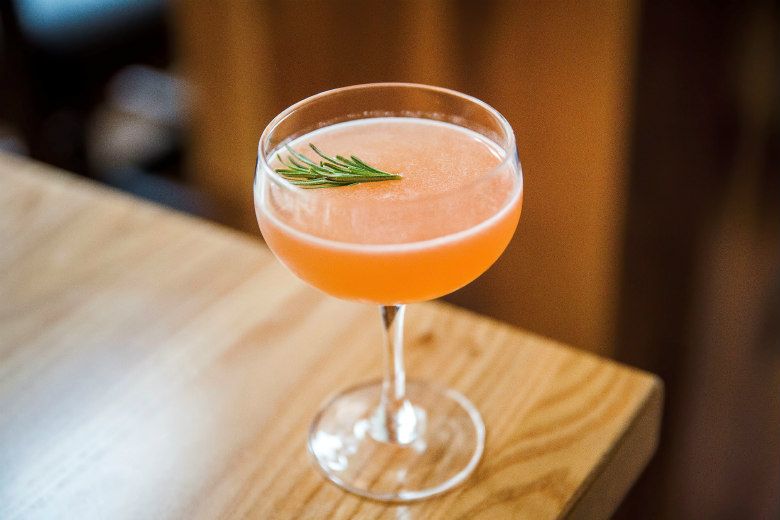 Summer officially begins Tuesday night, and though looking out the window at this moment may not blind you with sunlight (Mother Nature being capricious ‘round here), it’s good to be prepared. And in my scout manual, being prepared means having the right early summer drink at the ready. These four from local watering holes should suit perfectly.

The Scarponi at Raccolto
Though named for the great Italian cyclist Michele Scarponi, who recently passed away, this West Seattle pick isn’t a somber number, nor is it bubbly. With rum, orgeat and lime—all standards in spots with lots of sand and surf—it fits with sunshine, while the addition of amaro Montenegro (an Italian nod) and bitters give body and make it suitable for cloudy days, too. Overall it’s citrus-y and light with herbal accents. Plus, the color mirrors the summer sun going down.

Wanderlust at Heartwood Provisions
The title of this cocktail shaken up downtown is ideal for this calendar stretch, as we’re heading into vacation season and that roaming feeling is in the air. It also boasts sunny Mexican favorite mezcal, combined with a house plum shrub, French herbal and spice liqueur Génépy de Alpes, lime and Spanish La Socarrada golden ale made with rosemary and honey. It’s a traveling drink whose addition of beer—another summer favorite—makes it memorable.

El Diablo at the Teacher’s Lounge
There’s something nearly poetic about going to a bar called the Teacher’s Lounge right as schools are about to shut their doors. Of course, poetry isn’t the only reason to head to this Greenwood bar—they also do a dandy version of one of my favorite refreshers, the El Diablo, which mingles blanco tequila, fresh lime juice, crème de cassis and effervescent ginger beer (they use Bundaberg here). It’s a hit from June through September, especially when the heat is on.

Mai Tai at Navy Strength
You should have at least one legendary classic in your post-solstice repertoire. Raise a Mai Tai in honor of the historically hot months and those who battled the heat and hit the beaches before you. While this mixture of rums, citrus, orgeat and island kisses is often done wrong, at Belltown’s delicious new tiki spot it’s perfect—so refreshing and strong it would cause Trader Vic (inventor of the drink in 1944) to break out in a big smile.