5 Things You Need to Eat and Drink in February

Burgers, pasta, dumplings and other foods you need to get through Seattle's bleakest month 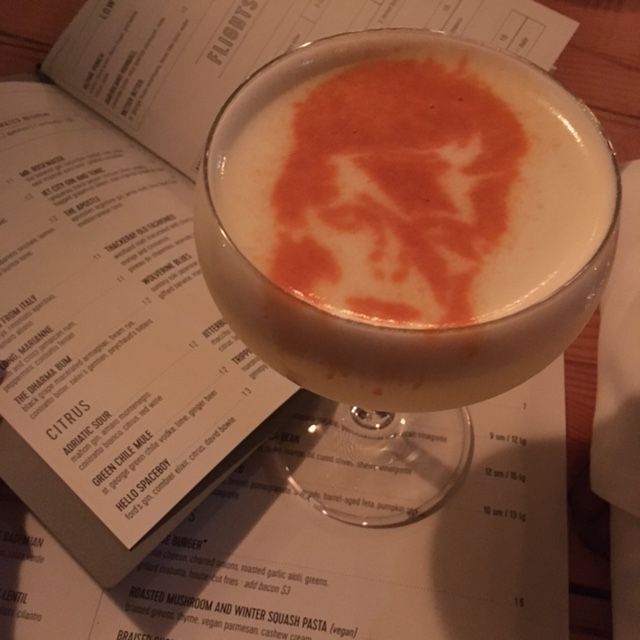 There are a lot of reasons to mope around right now. Drown your sorrows in a heart-shaped box of chocolates or get out there and try to enjoy yourself.

Drink your feelings.
The first reason to go to Thackeray, a new corner restaurant from the folks behind Purple Café in the now-bustling couple of blocks along Stone Way closest to Fremont, is for the Hello Spaceboy—a citrusy gin cocktail that involves a red-orange David Bowie staring back at you. The second reason is to sit in the bench swing seat near the door—the best table in the house. If you need more reasons, the food is solid (start with the grapes, dates and bacon), but the first two should be motivation enough.

Treat the kids.
Restaurateurs Ethan and Angela Stowell have two small boys of their own, so it’s no surprise that they put on one hell of a restaurant family night. I’ve always loved how family-friendly all their restaurants are, but Rione XIII recently launched a special kids’ night the second Tuesday of every month (except for February, when it’ll be Feb. 7 since Valentine’s Day falls on the second Tuesday) from 5 to 7 pm. Look for a pro-level kids’ menu complete with buttery handmade noodles and chicken parmesan, plus trinkets and coloring pages for tiny diners.

Collect all four.
Burgers, that is. Li’l Woody’s is currently running their annual Burger Month promotion, which means four reputable chefs have created four awesome burgers that you’re practically morally obligated to eat over the next four weeks. Rachel Yang (of Joule, Revel, and Trove) is up first, with her Relay Burger with pickled Korean peppers and onions, caramelized bacon kimchi mayo, butter lettuce on a third-pound Painted Hills grass-fed beef patty. Following that: Zoi Antonitsas (former Westward chef working on new Jarr & Co. project), Aaron Willis (of Cuidad) and Jason Stratton (of MBar). Eat ‘em all and get a limited edition hat!

Go shopping.
On Feb. 9, Mercer Island is getting one of the area’s most exciting new markets—and this is on the heels of more than one exciting new market. When it opens, Freshy’s will be a 2,500-square-foot temple to local foods; owner Bryce Caldwell, who also operates Freshy’s Seafood Market, is planning to have everything sold in the market be 75 percent local. Meat will be organic, and the produce (in the summer, anyway) will be entirely local. Hours at the new store will be 9 am to 9 pm; stop by at 2601 76th Ave. SE.

Blow out your birthday… dumplings.
Pel Meni Dumpling Tzar’s tiny Fremont storefront is turning six this week and throwing a dumpling-fueled birthday party with free cake on Friday, Feb. 3. These aren’t the same as the dumplings you may have shoveled into your face over Chinese New Year (like I did)—no, these are pelmeni, tiny Russian dumplings filled here with beef or pork and untraditionally, but deliciously, topped in everything from wasabi sour cream to cheese sauce. Stick with the classic (sour cream, butter, curry, their signature spicy sauce and cilantro) if this is your first time.