5 Things You Need to Eat and Drink in July

Pie, wine and a twist on a bahn mi that involves a Hawaiian doughnut. 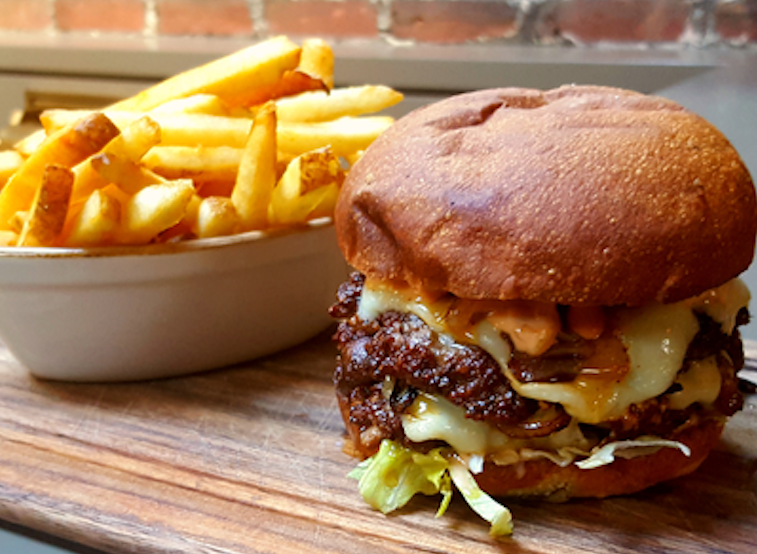 This early (by Seattle standards) part of summer is my favorite. You’re still really excited about the sunshine and want any excuse to drink rosé and/or cold brew on a patio somewhere. I get it! There’s so much going on every weekend that we can’t even keep up—and it’s our very jobs to keep up.

So before summer fatigue sets in and you’re longing for the cool quiet of October, get hungry, get outside and enjoy a delicious July:

Get patriotic—with pie.
A coworker just sent me an email wishing me a weekend full of “delicious tube meat and aggressive displays of patriotism.” As much as a love a good hot dog (Seattle-style, please), I don’t think there’s a dish more worthy of a 4th of July celebration than the star-spangled sour cherry pie from A La Mode. Instead of a lattice top, the pie is covered in star-shaped crust cutouts; the inside a sweet-tart cherry filling that begs for vanilla ice cream. You can order online and have it delivered (if you order five or more pies), or you can pick up from the Phinney Ridge or West Seattle cafes.

Discover one of this season’s best bites.
I’ve had plenty of meals at Super Six—Marination Mobile’s sophisticated, or at least more adventurous, sibling restaurant in Columbia City. But they’ve recently added some dishes to the menu that you simply shouldn’t miss. The star: the Auto Banh Sando, listed on the dinner menu under the “pupus” section, that’s basically a pork belly banh mi sandwiched inside a malasada. It’s not sweet at all—that doughnut hasn’t been dusted yet—and it’s one of the most delicious things I’ve eaten in recent memory.

Eat more (good-for-you) burgers.
The James Beard Foundation has been running a contest called the Blended Burger Project. Since the name is unclear, let me explain: Each participating restaurant has come up with a mushroom/meat combo burger that’s meant to be a more nutritious and sustainable replacement for the all-beef standard. Diners can then vote online for their favorite, and the top five as of July 31 will win a trip to the James Beard House in NYC next year. In Seattle, you can try these blended burgers at Bramling Cross, UW student-run Cultivate, Osteria La Spiga, Outlier, Red Cow and Ma’Ono. Bar Dojo in Edmonds and Microsoft’s In.gredients in Redmond are also participating. Currently, no Washington burgers are in the top 16 listed on the site—let’s change that!

Barbecue with the best of ‘em.
Don’t feel like grilling? Head over on Sunday, July 2, to new(ish) Capitol Hill restaurant Cook Weaver for the second monthly installment of their summer barbecue series. The menu ($40 per person) is served “house party style”—which I hope means you get to go back into the kitchen and stand around awkwardly while the chef makes you a plate. July’s theme is North Carolina Pig Pickin’, so expect smoked suckling pig and all the fixings. Email nile@cookweaver.com or call 206 324-0599 for tickets.

Tie one on.
If you’re daunted by the sheer number of summer festivals and don’t know where to start, I encourage you to visit those that involve the most drinking: Seattle International Beerfest July 7-9, Proof Washington Distillers Festival July 8, and Kirkland Uncorked July 14-16. But remember, drink responsibly.