5 things you need to eat and drink in October

Pie, uni, and tacos--but not in one sitting, please. 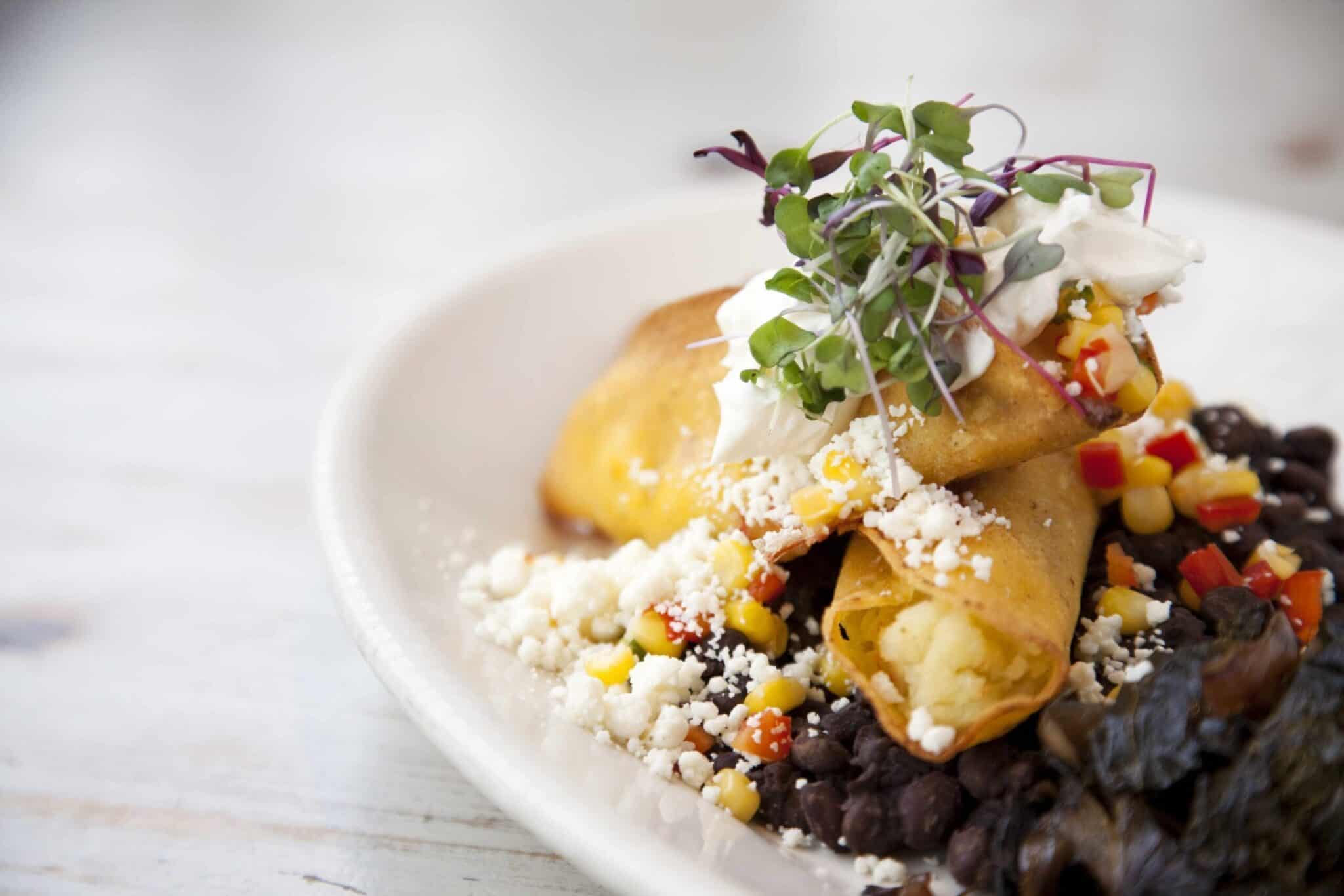 It’s October, meaning you’re spending too much time eating snack-sized Snickers out of your coworker’s candy bowl. Put down the candy corn and join us for a few more enjoyable dining and drinking events this month:

Pay homage to a Seattle institution.
No, we’re not talking Canlis. Café Flora—the city’s most reliable vegetarian restaurant—turns 25 this week, and to celebrate, it’s offering a four-course tasting menu through Oct. 6 of its greatest hits (including the ever-popular Oaxaca tacos) for $45. Now, don’t let the vegetarian label throw you off. There may not be bacon, but the food here is wonderful and dining in the greenhouse-like atrium should be on any Seattle foodie’s bucket list. (Side note: Café Flora just announced it will be building a full-service restaurant called Floret at Sea-Tac next year, so you’ll soon have somewhere to load up on veggies before you leave on that gluttonous vacation.)

Give in to the pumpkin.
Everyone’s up in arms about the fact that there may be no actual pumpkin in pumpkin pie—there’s a joke about squashed dreams in there somewhere—but we’re equal opportunity gourd fans. That said, October is the only acceptable month for pumpkin-flavored anything. Get your pumpkin beer from a giant tapped pumpkin at Elysian’s annual Great Pumpkin Beer Festival (tickets are $28) on Oct. 8. Ellenos has released its ridiculously good—like everything there—seasonal pumpkin pie yogurt. And if you must get a pumpkin spice latte, go to Broadcast Coffee, where it makes its syrup in house from scratch.

Eat all the uni.
Sushi Kashiba’s Facebook page reminded us yesterday that it’s officially uni season—you can bet Kashiba and his crew will get the very best. We dare you to try the uni hand-roll there and not count it among your best bites of the year.

Celebrate the final days.
Every month brings the opening of new restaurants, and the swan song of others. Maria Hines’ Golden Beetle closes Oct. 23—to be reborn at the end of the month as Young American Public House, which sounds a little like it came from a gastropub name generator, but promises crispy chicken wing confit, smoked pork shoulder, and the kind of food everyone likes to eat while drinking. In Eastlake, Blind Pig Bistro will have its final dinner service early next month after owners Rene Gutierrez and chef Charles Walpole decided not to renew the lease. Thankfully, Babirusa is still in it for the long haul.

Have pie for breakfast.
Because you’re a grownup—and you can. And because A La Mode’s new lovely West Seattle café opened this week, adding savory pies, pie fries, and boozy pie shakes to the menu popularized at the original Phinney location. Get a slice of French apple and convince yourself it’s fruit, so it’s healthy(ish).