5 Things You Need to Eat and Drink in September

It's all meats and sweets this month. 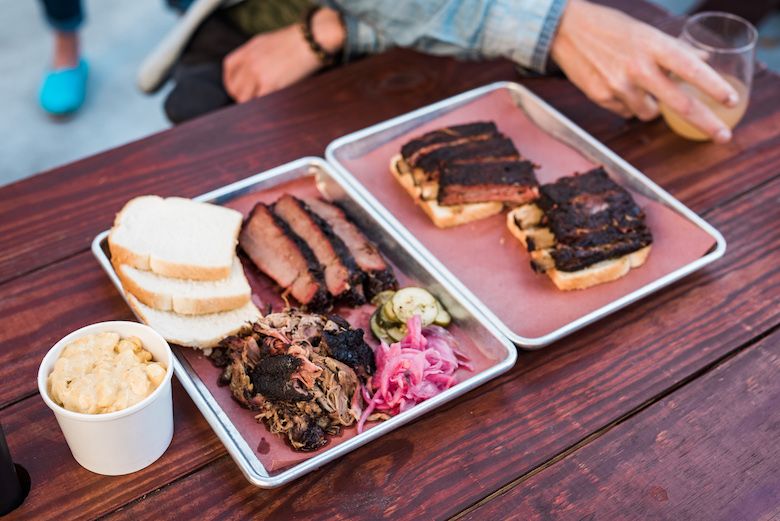 As school resumes and summer winds down, don’t think all the fun is over—we’re just getting started. September is arguably one of the best food months in the city: the last of the great summer produce, more restaurant openings and cool enough weather where you actually feel like eating something beyond Seattle’s best poke, popsicles and salads. (Wanna know where to go? Pick up a copy of our best restaurants issue out now, or read all about it here.) Now, just a few great things to eat and drink this month:

Have a really excellent lunch—on a Tuesday.
Most folks think tacos and Tuesdays go hand in hand, but we’re here to propose a pork other than pastor for your Tuesday dining: tonkatsu. Not to be confused with tonkotsu, the porky broth you’ve likely had with ramen, tonkatsu is a panko-coated, fried pork cutlet—served with rice, shredded cabbage, and a thick sauce similar to Worcestershire—popular in Japan. Head to Sushi Kappo Tamura in Eastlake on Tuesdays (it used to be Thursdays), and chef Taichi Kitamura himself is frying up the kurobuta (to pork what Wagyu is to beef). Choose loin ($18) or tenderloin ($20), or get a combo of the two for $25.

Speaking of pork…
Chef Eric Rivera is either a genius or a crazy person—either way, his food remarkable. Since stepping out as the chef of Book Bindery, he’s started popping up under the name Addo, which he hopes to use for a brick-and-mortar restaurant of his own down the line. Right now he’s doing cooking classes and inventive, small-group dinners, plus the real star: a recurring pop-up where he’s focusing on Puerto Rican lechon (or marinated, slow roasted pork). The last two have sold out, so sign up for the September 19 event at Royal Drummer in Ballard or September 28 at El Diablo Coffee in Queen Anne—$20 buys you meat and three sides to go.

Find a new favorite bakery.
There’s been a lot of news in the local world of baked goods, with Besalu and Crumble & Flake both being sold recently (happily the Seattle Times reports both are still excellent). But if you’re open to trying something new, may we suggest checking out either Pinehurst’s Standard Bakery, open now for a few weeks, or Wallingford’s Damsel & Hopper Bakeshop, opening next week at 4405 Wallingford Ave. N. Damsel & Hopper have been regulars on the farmers market circuit, and they’ve finally found a permanent home. I followed the intoxicating scent of fresh baked goods for a block last week and stumbled upon one of their test run days—the loaves of bread are great, and the seasonal galettes are tasty as well.

Learn to smoke brisket like a pro.
Wood Shop BBQ pitmaster Cam Orgaard and owner Matt Davis are leading a series of workshops to help you learn to barbecue with the best of them. Won’t that take away from their business? Not so, they say—the classes are intended to foster interest in the process of achieving that succulent meat (and let’s be real: they do it better anyway). The Saturday, September 16 class will focus on smoking brisket at home, followed by a curated whiskey tasting. Tickets are $90 if you register now; they’ve promised if they sell out they’ll open a second class on Sunday.

Wash it down with a cider.
Seattle’s 8th annual Cider Summit descends on South Lake Union September 8 and 9, and with it more than 150 ciders (the hard kind, obviously) from around the world. Tickets are $25 to $45—general admission includes eight tastes and VIP includes 12, with additional tasting tickets $2 each (make sure you have a ride home). Keep an eye out particularly for local producers: Alpenfire, Finnriver, Dragons Head, #6, Chatter Creek, Seattle Cider Company and more.