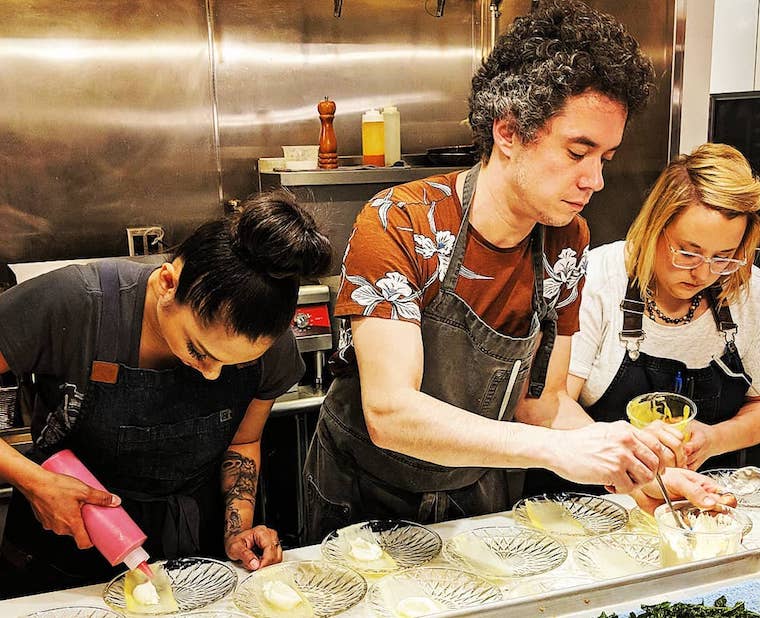 But as of next Wednesday, June 13, Addo’s incubator arm will have a permanent Ballard home, taking over the Royal Drummer space they’ve been using for pop-ups. Rivera says that Royal Drummer will stay on to manage the coffee options, but that he and his team will handle all the food—at first, that means just breakfast, lunch and happy hour, but starting next month, they’ll be adding brunch and dinner, and continuing to do the incubator projects they’ve become known for.

In fact, he says the space will be super collaborative, a “food hub where ideas, dishes and experiences thrive.” To that end, he’s planning to keep Royal Drummer’s kiddie storytime—but featuring “stories about food and cool food things so kids can get excited about cooking.” Rivera is also planning a cookbook library.

The Capitol Hill (former Crush) space that he originally started running his ticketed elaborate dinners out of will continue to host events in a pop-up capacity, there are events planned at Ashley Rodriguez’s (of Not Without Salt) Phinney event space and a Queen Anne location in the works as well. He’s going to be hitting the road after August with Silva, his most ambitious tasting menu that he’s been doing weekly out of the Capitol Hill spot, to tour around the state—dates and locations will be added online soon. Oh, and his Puerto Rican Lechoncito, which he hopes to find its own permanent home soon, is now offering delivery via Caviar on Wednesday and Sunday nights.

Is your head spinning yet? Sign up for Rivera’s newsletter for updates, or simply check back to book tickets to incubator pop-up events online.