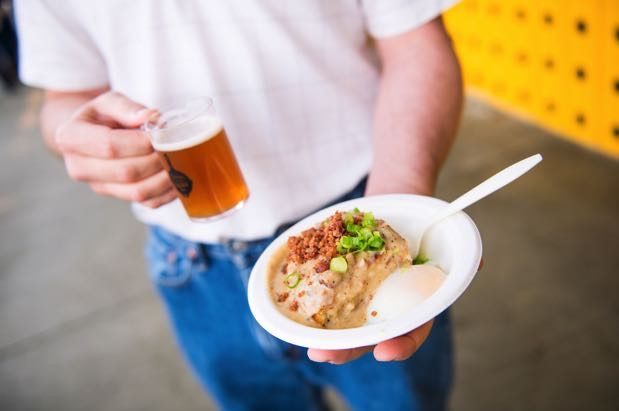 Seattleites are serious about brunch, especially when it includes craft beer and bacon bingo.

A fabulous event that marries all three delights is coming back for its third and biggest brunch yet. Bacon, Eggs & Kegs, as it is known, comes to CenturyLink Field’s North Plaza from 11 a.m. to 3 p.m. on Aug. 27 and 28 with 20-plus restaurants and chefs serving bacon-and-egg dishes, 30-plus breweries and cideries offering tastings, a 30-foot bloody mary bar with Heritage Distilling Co vodkas plus a lot of other goodies, including boozy root beer floats, an Irish coffee bar, putt putt golf, duffleboard, dueling pianos, and, yes, bacon bingo.

Did we mention that you can have your picture taken in a giant inflatable skillet for free?

Early bird tickets are $35 per person per day and include 12 tokens and a 5-ounce beer glass for tastings, which are one token each. Tickets can be purchased at baconeggsandkegs.com. See below for a full list of participants.

Gallagher’s Where U Brew