Bakeman’s Restaurant is Closing After 47 Years

The beloved cafeteria serves its last turkey sandwich this month. 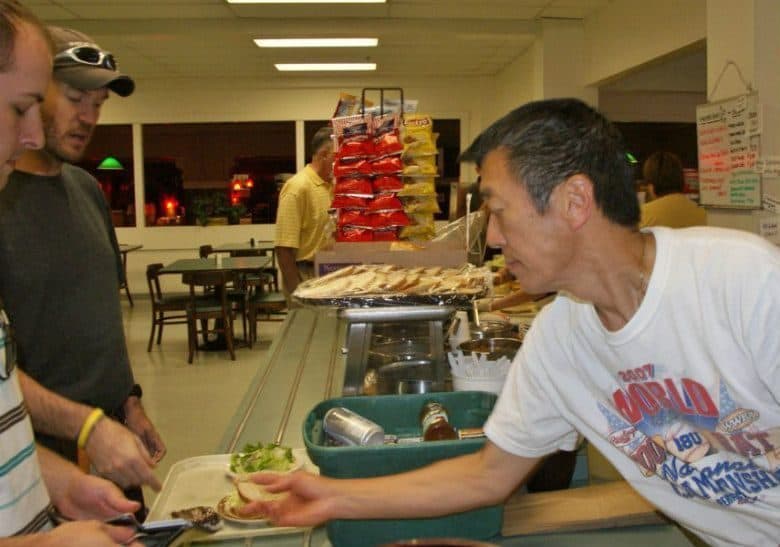 Another Seattle institution is going dark.

After 47 years, popular cafeteria-style Bakeman’s Restaurant is closing for good Dec. 22. Jason Wang, owner of the longtime lunch spot famed for its daily soups and turkey sandwiches, plans to retire before turning 66 next March.

Wang’s father Matthew originally opened Bakeman’s in 1970 before passing it on to him. He had hoped to do the same with his twentysomething sons (the eldest currently bakes the restaurant’s bread), but they are hesitant to take on the responsibility of providing for a daily lunchtime crowd of 300-400.

“Business is still great,” Wang assures us. “It’s actually the best it’s been in years.”

But ready for retirement, he has no other option but to find a buyer or shut down.

He thought he found a new owner, but the deal fell through when the Hoge Building Bakeman’s occupies on 2nd and Cherry stipulated that the buyer help finance extensive renovations to the space. “I really wish someone had bought [it],” Wang says, adding that he offered to help a potential buyer relocate Bakeman’s to a vacant space on 3rd and Madison to no avail.

Bakeman’s is the latest in a long line of beloved Seattle restaurants to close in recent years. The U District’s Café Racer closed this year after a 14-year-run, citing financial difficulty (though a comeback attempt is reportedly in the works). Downtown Sazerac closed last New Year’s Day after 20 years. Tini Bigs, Peoples Pub. The list is endless.

Closures like these can be wrenching, for the loss of beloved dishes, sure. But more so for the erosion of local character and history, as institutions like Bakeman’s—unchanged since its opening—connect us to our city’s past. Amid Seattle’s current restaurant boom, an establishment whose flagship dish is a turkey sandwich stood in proud opposition to the numerous food trends it outlasted.

Wang sees these things more pragmatically: “I imagine someone else around there will absorb my business,” he says.

Yet he was touched at the outpouring of love and support he received after announcing the coming closure, estimating that an extra 200 people ate at the restaurant today (he ultimately sold out of bread and turkey).

But don’t despair just yet, as Wang is leaving the door open for some sort of return. His retirement plans so far are to “goof around” and if he gets bored he will consider starting a new, smaller place, maybe with his sons.