A family-friendly Japanese craft cocktail bar is coming to Magnolia. 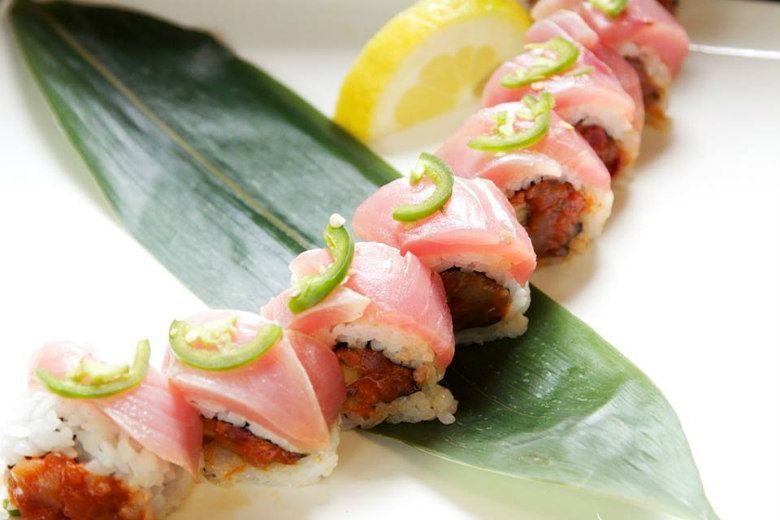 Meet Daniel Braun and Sarah Hughes Giles. If Braun is, well, the brawn, then Hughes Giles must be the brain. Together, they recently completed over 10 years of owning and running Oliver’s Twist, the intimate cocktail lounge serving elevated bites of Americana in Phinney Ridge and its second outpost in Magnolia for about four years.

Braun was the chef crafting grown-up versions of childhood favorites such as grilled cheese sandwiches, sloppy Joe sliders and s’mores. Hughes Giles ran the front of the house and operations.

As the calendar turned to the New Year, JP Kim, sushi chef at Ballard’s Shiku, bought the Magnolia Oliver’s Twist, in a turnkey transaction. Kim will remain at Shiku while he and his wife Mandy Kim open Yume, Japanese for “dreaming,” as early as February after a minor remodel to the 36-seat restaurant. It will be Kim’s version of a craft cocktail bar and sushi joint.

“It’s pretty much a family business,” Kim said. “I wanted to open my own place. It’s something I always wanted to do. I like the neighborhood and there’s no sushi place in Magnolia. Without the [exhaust] hood, sushi is something we can do.”

Pending Washington State Liquor and Cannabis Board approval, Kim wants to make his new sushi restaurant welcoming to both families and adults, a shift from the 21-and-over Oliver’s Twist.

“We want it for everybody,” Kim said. “We want it to be for kids. We want everyone to eat.”

“Magnolia is established. It has a great local clientele. The locals are great people,” Braun said.

Karuna Long, who has tended bar at the Phinney Ridge Oliver’s Twist for about two years, bought that business last summer. Planning on extending Oliver’s Twist’s already long and strong run, Long has kept the name and aesthetic of the neighborhood favorite, which also draws guests from around the city with balanced craft cocktails and hearty small plates featuring luxurious ingredients, such as fingerling potatoes served with duck fat aioli or Mt. Townsend Creamery’s Seastack cheese served with apricot mostarda.

Braun said he and Hughes Giles may return to the restaurant industry. In the meantime, they will raise their son Oliver, the namesake who was a baby when they opened the original Oliver’s Twist and is now a teenager. Braun will continue to work in food styling. Hughes Giles is earning a real estate broker’s license.

“We haven’t ruled out the possibility of doing another bar or restaurant,” said Braun who has held kitchen leadership positions at the defunct Phinney Ridge vegetarian restaurant Carmelita, Pike Place Market institution The Pink Door, and at Tom Douglas Restaurants’ Dahlia Lounge and Lola. “I’ve been in the business for 20 years. It’s in our blood.”