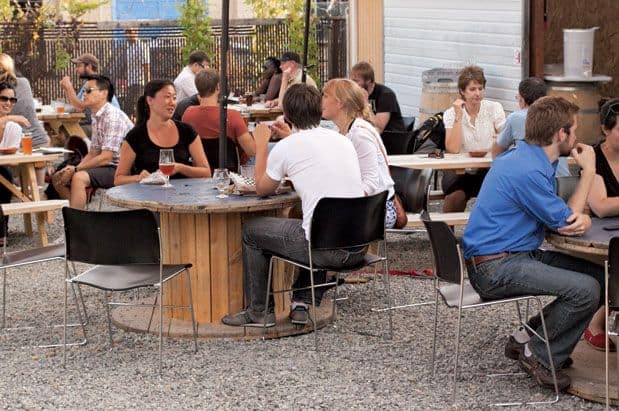 Hey, craft beer fans. Exciting news. Populuxe Brewing has announced plans to move into a new, larger space next door to their current space at 826 NW 48th Street in Ballard next March or April. No more fighting over seating or corhnole during their free Family Happy Hours or Record Store Day (that’s when DJs spin vinyl).

The new, 4,000 square foot space (formerly Oddvars Automotive) will feature a 7-barrel brewhouse, 15-barrel fermenters, a larger taproom with 20 taps, a bigger beer garden with the same food trucks and beloved cornhole and large screen TV for the game-watching. Hard to believe how much–and how fast–the brewery has grown since co-owners Peter Charbonnier and Amy Besunder opened in 2013. They’ve gone from three beers on tap to 10 at any given time. And the bigger space will allow them to develop their sour beer program and host private parties.