Plus, the whiskey that has people lining up for days and other notes. 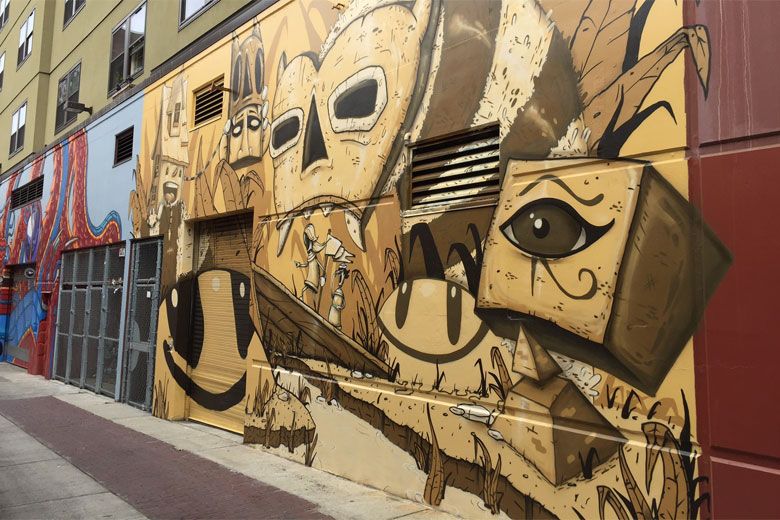 Our local bar and distillery owners must never sleep, because they always have delicious news to deliver, no matter what time of year. Here are a few newsy tidbits and new releases you need to know about.

Jupiter Bar Grand Opening on Sept. 14
A much-anticipated addition to the Belltown nightlifeand art experience, Jupiter christens its space in an old jewelry manufacturing warehouse between Blank Space Cafe and the Whiskey Bar with an opening wingding 6 p.m. to 2 a.m. Thursday.

The new pub featurestwo bars serving beer, cocktails and food focused on oven-baked sandwiches, plus a sizable game selection of more than 25 pinball machines, arcade games and a pool table. But that’s just the beginning, as the bar run by artist Joe Nix and Jeff Rogers of John John’s Game Room is also a gallery. At the opening, Jupiter will show work from over 18 artists, including permanent murals by Japhy Witte, Casey Weldon, Baso Fibonacci, Joram Roukes, Skip Class and others, plus work from Sean Barton, Cheyenne Randall, Mike Wagner, Jean Nagai and more.

Those lucky enough to have wandered down the stunning mural-lined alley, called the Belltown Corridor, behind Jupiter have already gotten a slice of how awesome the art will be. The murals were coordinated by Nix and Treason Gallery. It’s the one alley you won’t want to miss, much like this grand opening. 2126 2nd Ave. Suite A. The end result is a rich, 100-proof tipple, with the applewood adding layers of aroma and flavor—think apple and berry as you’re smelling, and then a caramel, chocolate, vanilla-bourbon taste with a sweet little ending. Yummy.

There will be hot apple cider and other treats for the early birds in line, and the first 500 bottles are signed and come in a lovely handmade apple box. This limited-edition whiskey is only available at the distillery. 7 a.m. Oct. 7, 14509 Woodinville Redmond Rd. NE, Woodinville.

The Saint Cuts Food, Ups Tequila
As of Sept. 3, Capitol Hill’s The Saint stopped serving food, due to Seattle’s shortage of cooks. Owner Quentin Ertel decided to ditch food service and focus on cocktails and south-of-the-border spirits, which they already do pretty well. Amid the shakeup, The Saint has temporarily closed, but will reopen in early October with even more tequilas and mezcals (and cocktails containing them), giving those who appreciate agave-based spirits even more to love.

2bar Straight Bourbon Release and Launch Event on Sept. 27
SoDo’s 2bar is releasing its very first straight bourbon, which must be at least two years old.The distillery is updating its entire bourbon line to the straight stuff and adding age statements on their bottles so you know how long its different whiskeys have been aged.

A swell sipper, the new 100-proof straight bourbon was made entirely on-site, using all Northwest grains and has the charming butterscotch and vanilla tones bourbon is known for with hints of chocolate, cherry and a little honey on the finish. To honor the bottling, 2bar owner/distiller Nathan Kaiser will be at Fremont’s Barrel Thief from 6-8 p.m.on Sept. 27, chatting about the bourbon Distiller and owner Nathan Kaiser will be there chatting about the bourbon and doling out samples, along with cocktails using 2bar products. 3417 Evanston Ave. N. #102.