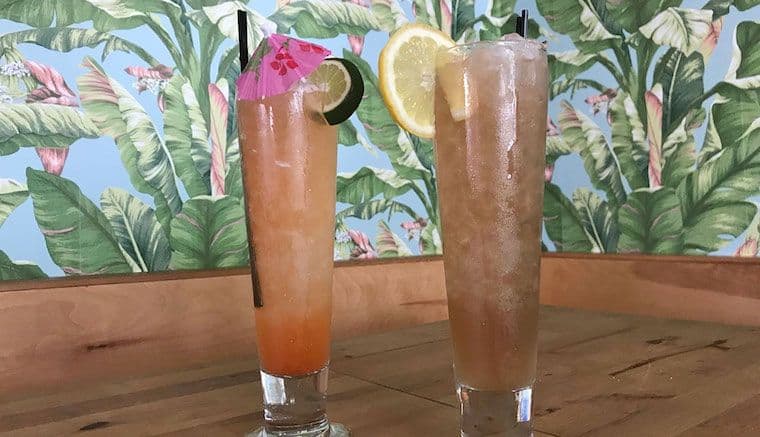 There are moments in our modern age of lovingly made, occasionally intricate, sometimes science-based, internationally influenced cocktails where I begin to worry that one of the key ingredients is forgotten—fun. That’s right, drinking cocktails, highballs and other concoctions (and, for that matter, beer and wine) is supposed to be fun. Never forget that fact! Luckily, we have bars and bartenders that remember. This new bar, the Stampede Cocktail Club in Fremont, totally gets it.

But their fun isn’t at the expense of well-crafted cocktails, though. I was recently in with my wife, sitting at the bar chatting with jolly bartender Erik Skjelstad (in-between him working the shakers mightily, saying hello to every customer, explaining drinks and conversing with barflies), and he summed up the bar’s aesthetic perfectly, saying “we are serious about cocktails, but don’t take ourselves too seriously.” That’s the Stampede in a nutshell—or in a glass, if you will.

Opened in early May by local bartender Paul Shanrock (past at Joli, Rocco’s and others, and best friends and roommates with Skjelstad), Stampede takes over the location recently occupied by The Helm, though it has a completely different appearance and vibe.  A thick wooden bar dominates the long and lean main room, with tall bar chairs and one dining room table beside it. There’s also a side “jungle” room with an array of small tables, and a good-sized patio area out front between building and sidewalk that’ll make drinkers swoon all summer.

However, it’s the amusing décor details that drive the personality. You’ll discover items like a mounted jackalope named Mike Snow near the bar; palm frond wallpaper and another wall-mounted Allosaurus named Teddy Perkins, who hates being called a Velociraptor Skjelstad told us, in the jungle room; a western saloon painting by Shanrock’s mother, deep green peacock-feather wallpaper and ivy hanging from the ceiling in one bathroom; and blaringly pink flamingo wallpaper in the other bathroom. It’s all just a lot of, well, fun!

That’s just part of the equation—the cocktails are the other side. A well-rounded cocktail menu of in-house creations takes center stage, including a favorite of ours Shanrock brought from Joli called A Lovely Day for Bloodsport (tongue firmly in cheek, as it’s a light, clear, vermouth and grappa delicacy you can read about in our Joli review). The Desert Poetry, a fresh hit, was a hot day healer, with tequila, passionfruit, pineapple, lime, agave syrup, and Peychaud’s Aperitivo, a slightly sweet and very lightly bitter treat from the renowned bitters maker. Altogether, it equaled a refreshing mix, fruit-forward but with a waft of delicate smokiness.

But the bartenders, from what we saw and tasted, seemed proficient with the classics as well, and are also happy to whip up a unique mix based on your palate preferences from the well-stocked bar. They have a deep selection of amari, the Italian herbal digestifs exploding in popularity here, including one from Mt. Etna even an Italophile like me didn’t know and even lesser-known intriguing delights to play with. I tasted both an aloe liqueur and a Macedonian tree sap liqueur while there that were amazing. You’ll find locally made products like Westland single malt American whiskey and a full line of Scrappy’s bitters alongside the bottles from all around the world.

With all the drinks, you may need a snack, and while the Stampede kitchen is small, they do have four different kinds of dumplings available: chicken, vegetarian, shrimp Shumai, and pork. The latter seemed to be the biggest hit with the crowd on my visit. When you stop in, take my suggestion and sit at the bar, near the friendly bartenders and the cocktails. Even when a whole spot is as fun as the Stampede Cocktail Club, being near the actual bar is always the most fun.