Spirited gift options for the cocktail lover in your life 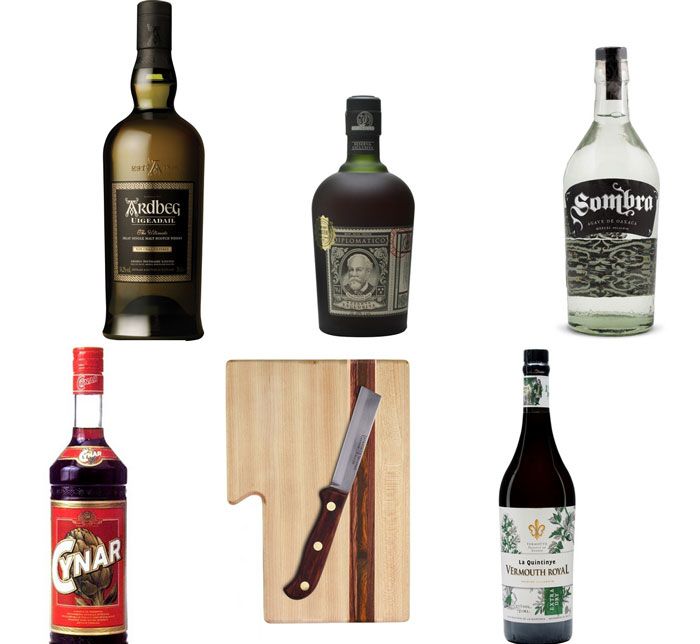 Last week, we showcased locally-made gifts for the cocktail lover in your life. While I like the idea of stuffing stockings with Washington-made products, there are definitely some choice items made outside our state lines that would also bring a smile to that home (or pro!) bartender who you’re shopping for, starting with the six picks below.

Ardbeg Uigeadail Whisky: Made like all the wondrous whisky on the Scottish Isle of Islay, this Scotch whisky is named after the loch where Ardbeg gets its water, and has won numerous awards including World Whisky of the Year from Jim Murray’s Whisky Bible. It is a delicious and memorable tipple, with deep strong flavors, smoke, pepper, sherry and a little honey sweetness. If you know a Scotch lover, this is a good present and then some, as are its siblings in what the distillery calls its “Ultimate Range,” the peaty Ardbeg 10, and the forest-fruity Corryvreckan, named after a renowned whirlpool.

Diplomático Reserva Exclusiva Rum: If you have a special someone on your list that you know is daydreaming of island living (not hard to imagine with our current weather), putting a bottle of this in their stocking is sure to make you a favorite. Crafted from pure sugar cane in antique copper pot stills before being aged in oak for up to 12 years, this Venezuelan rum is a sumptuous mingling of caramel, nuts, orange, vanilla, nutmeg and allspice. They’ll want to sip this slowly and let the beach visions arrive (though it’s also superb in cocktails).

Sombra Mezcal: Another one for a recipient who just wants a break from the chill and the cold (even if it’s only a metaphoric break, and not an actual vacation), this mezcal is made in the Rio Hormiga Colorada valley, outside of Oaxaca, Mexico, from Espadin agave hearts that are cooked over mesquite-fired red hot rocks. It carries a lot of its history and geography in each sip, with a strong, smoky, mesquite nature, accented by citrus notes. It’s a serious drink, but also loads of fun and approachable, good with food, and it subs in nicely for cousin tequila in a margarita.

Cynar: As 2016 feels a lot like “the year of the herbal drink,” I’d be remiss for not having a herbally digestif on this list, and if you are shopping for someone who is developing a love for these types of drinks, or just expanding their cocktail repertoire, Cynar is a spot-on choice. Made from artichokes, of all things, in conjunction with 13 other herbs and plants, this Italian favorite is, like many of its brethren, adored due both to its taste (herbs, sweetness, a smidge of bitterness), and because it is thought to have a healing powers. Who knows, maybe it does?