Eat Your Weeds: Forage For Dandelions and Make Some Heavenly Jelly

Look no farther than your backyard for some tasty dandelion blossoms 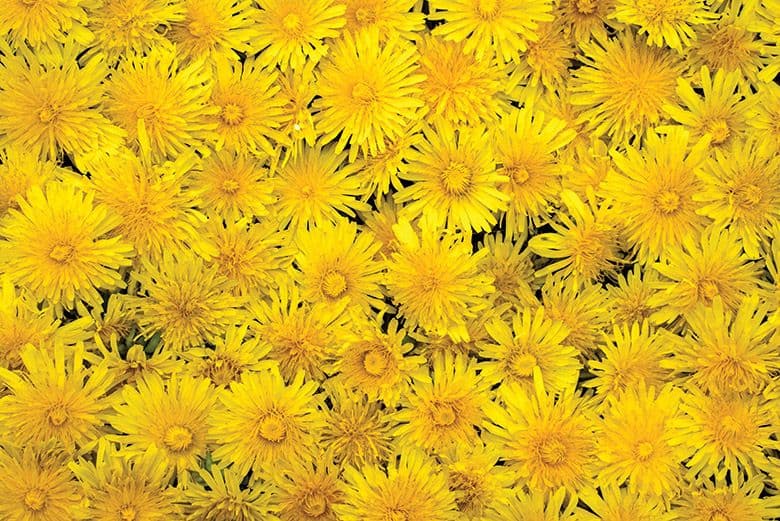 When a curious would-be forager asks me for suggestions about where to look for wild foods, I usually say, “Right out the back door.” Or the front door. Just step outside your home and you’ll likely see some weeds.

Weeds get a bad rap. Many are edible—some quite tasty. Rather than spraying our lawns with weed killer (which also kills salmon), we should do the environment and ourselves a favor and harvest these maligned plants instead.

Take the common dandelion. This ubiquitous weed might be one of the most widely recognized species on the planet. Its scientific name is Taraxacum officinale, which translates roughly as “official remedy.” For millennia, the dandelion has been sought after by humans as both a food and for medicinal uses. Indeed, its nutritional value is as remarkable as its hitchhiking prowess, with more iron than spinach and much, much more vitamin A and vitamin C than lettuce.

Dandelions can be used in the kitchen throughout their life cycle—even that pesky taproot, bane of weed pullers everywhere, can be roasted to make a coffee-like beverage or to flavor ice cream. People all over the world routinely include dandelions in their diets, with bundles of the greens sold in farmers’ markets across Europe and Asia, and, more recently, here in the U.S.

Come springtime, I like to harvest the tender young leaves to use in salads and also to braise as you would kale. I look for rosettes that haven’t budded yet; once they set to flowering, dandelions become more bitter (although the buds can also be sautéed like a vegetable, and are delicious in an omelet).

While dandelions grow just about everywhere, from urban sidewalks to alpine meadows, narrow your search to places free of contaminants. As tempting as that abandoned lot off Rainier Avenue may look, the weedy green carpet could be hiding a landscape saturated with chemicals or heavy metals. Avoid, too, areas adjacent to highways, train tracks and telephone poles.

As the days get warmer, fields of dandelions will explode in a riot of yellow, indicating the end of dandelion greens season. But those telltale blossoms can be transformed into gastronomic treats as well. I pick the petals in the morning, before the sun is up, when the flowerheads are closed and easier to manipulate. Just separate the yellow petals from the green parts by grasping and twisting with thumb and forefinger. Your efforts will hardly put a dent in the invasive plant’s march to global domination, but the culinary results might open your mind to a new appreciation for weeds. 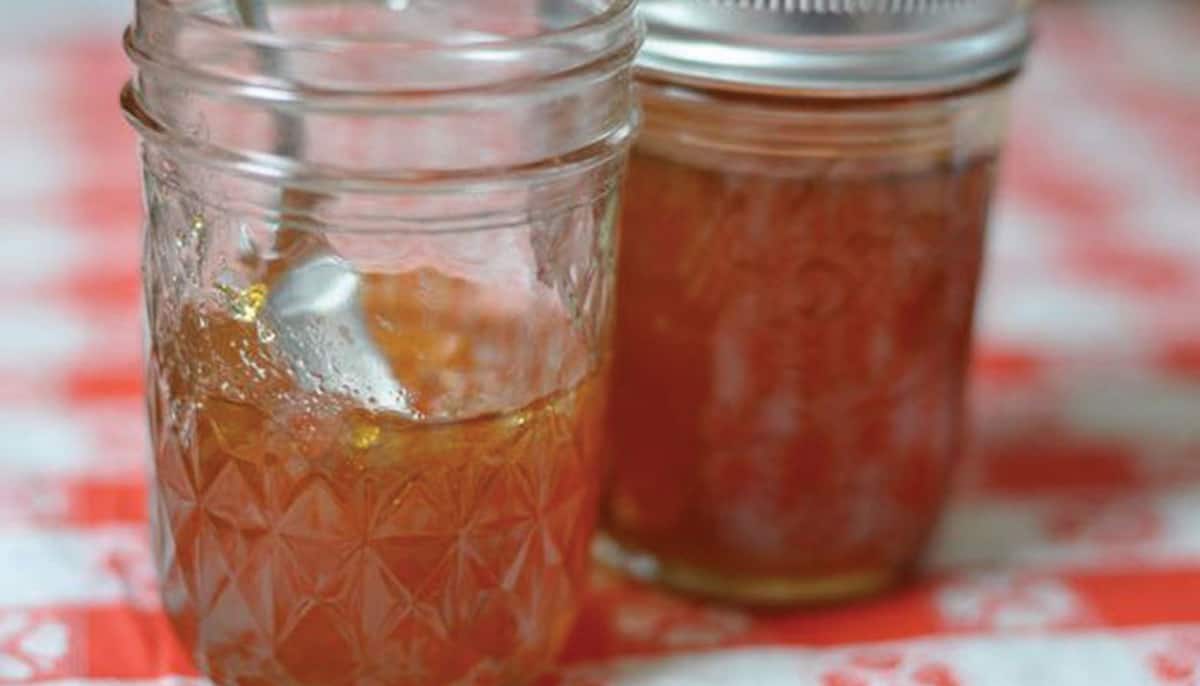 Have you ever stood in a patch of dandelions and watched a bumblebee flying drunkenly from one sunny flower to the next? You’ll understand the bumblebee’s mojo once you taste this jelly. For one thing, it’s more like sweet, golden, intoxicating honey.

Add sugar, lemon and pectin to this dandelion tea. Bring ingredients to boil again before reducing heat to a simmer. Stir with a wooden spoon until syrupy. Refrigerate jelly in glass jars for immediate use, or use hot water canning method: Pour the jelly into sterilized jars, seal, and process in boiling water for 10 minutes. yields about one pint.

Langdon Cook is the author of the recently published book Upstream: Searching for Wild Salmon, from River to Table. See more at langdoncook.com.